All you need to know about NFTs: The ugly, the bad and occasional good Would you spend money to buy nothing? Depending on how you see things, that’s what folks around the world are doing, believing that nothing can reap great rewards. Interest and buzz surrounding non-fungible tokens (NFTs) surged in 2021 and it’s hard to ignore its presence, not be curious about something digital, intangible, and inscrutable that gets sold for thousands and even millions.

An NFT is a unique digital token that serves as proof of ownership stored on a blockchain, a form of digital ledger. It works by assigning each block in the chain with a number of transactions, and when a new one occurs, a record of this transaction is added to every participant’s ledger.

Unlike Bitcoins, an NFT is unique. This non-fungibility — industry speak for a unique asset — is what sets NFTs apart from cryptocurrencies like Bitcoins, which also makes use of the blockchain. These tokens aren’t interchangeable with another, and thus serve as a security blanket.

While NFTs can also be applied to physical assets such as real estate, we will be contending with its role in the digital realm, as that is the main thing people are referring to when they talk about NFTs.

The idea of NFTs is generally associated with digital art, be it generative collections such as CryptoPunks and Bored Ape Yacht Club or singular art pieces such as Everydays: The First 5000 Days. However, the technology itself can be applied to digital assets such as in-game assets, music, films, event tickets, and even NBA video highlights.

This is because an NFT is not the artwork or the digital asset itself. According to Geoffrey Huntley, an Australian software and devops engineer who created The NFT Bay, people who purchase NFT art have to understand that it is, right now, “nothing more than directions on how to access or download an image”. He added, “The image is not stored on the blockchain and the majority of images I’ve seen are hosted on web 2.0 storage.”

The NFT Bay is Huntley’s “educational art project” where he hosts a torrent containing every NFT available through the Ethereum and Solana blockchains. The torrent is nearly 20TB in size. While memes and jokes about right-clicking and saving an image to 'steal' an NFT are already rife on social media, it is a misunderstanding of the technology.

In that case, then what is the point behind NFTs? 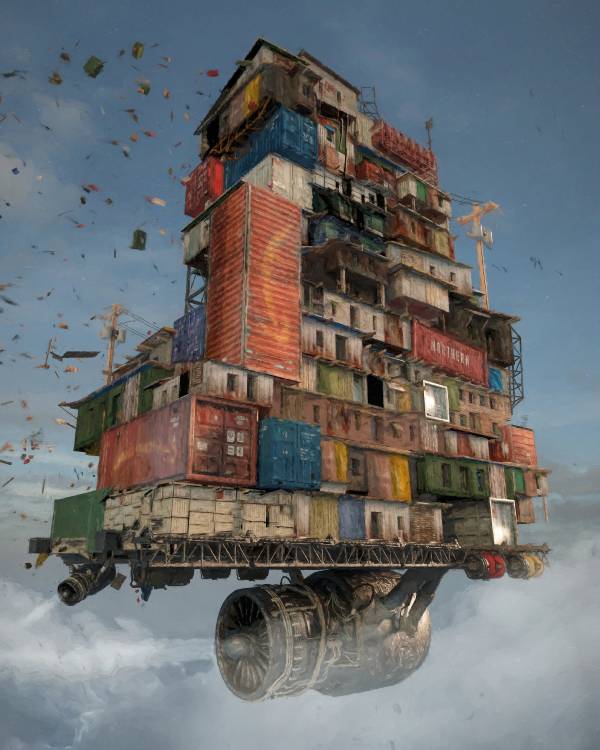 At the most fundamental level, an NFT purchase also grants the buyer some basic rights, such as being able to post the image online, or use it as a profile image. That’s about it, though, unless you count bragging rights as well.

By coding automatic payouts into the smart contracts on the NFTs’ blockchain, artists can be paid royalties on secondary sales. For example, without NFTs, a ticket scalper will keep every dime of profit they get by selling their ticket to someone else.

However, with an NFT, a cut of the profits will go to the one who created it as long as it’s coded into the smart contract. For artists, it is clear how this is a huge boon. This aims to fairly compensate the original creator for the work after the first sale without having to rely on intermediaries of any sort.

The issue with this is that currently, regulations have not yet caught up with the technology, and there have been cases where people steal art and make them into NFTs. Ironically, the fact of the matter is that, as of now, most artists are barely making a dime through NFTs.

Still, NFTs have led to job creation, for instance in the case of Axie Infinity, an NFT-based game with a pay-to-play-to-earn model. Players spend real money to breed and raise Axies, which are each an NFT, and can be used to battle or sold to other players.

Its in-game economy is entirely NFT-based, and playing the game has become a full-time job for many in the Philippines and Venezuela, with people from those two countries making up between 45 to 50 per cent of the player base. Axie Infinity has given players in those regions opportunities to earn potentially life-changing amounts of money.

However, the barrier to entry gets more expensive as the game gets more popular, and it is unclear how sustainable it is to make a living through the game.

There have been numerous rug pull NFT scams, and there is no sign of the scams slowing down. These scams prey on people’s greed and ignorance regarding NFTs and cryptocurrencies, exploiting the highly speculative nature of their prices.

The speculative nature has led many to believe that NFTs are in a bubble similar to the tulip mania of the 17th century, when prices of tulip bulbs soared because people kept buying them, expecting the value to rise so they could then sell them away for profit.

This also means that many people are treating NFTs not as a useful form of technology, but a financial instrument to make profits off of. Some have said that NFTs have no fundamental value, that they create artificial scarcity to inflate the value of certain digital assets.

When companies such as Ubisoft and Square Enix announced that they are going to get involved in NFTs, it is indeed hard to see how gamers can benefit from the move as it is not at all clear how NFTs can serve to make games better. Those that make use of microtransactions already offer a variety of virtual items and in-game goods, while online marketplaces, such as Steam, have long allowed players to trade digitally.

Besides, many of these titles have their own in-game economy anyway. Essentially? If it ain’t broke, don’t fix it.

Perhaps the biggest issue with NFTs is their environmental impact. NFTs are heavily reliant on cryptocurrency mining, which uses massive amounts of computing power. The Ethereum network uses almost as much electricity as Libya, and a single Bitcoin transaction uses more electricity than one million Visa transactions, which goes to show how much energy is being spent on the technology.

It’s deliberately inefficient as a form of security, and due to the way the technology works, it will only become increasingly more inefficient. Sure, NFTs may not directly cause increased carbon emissions, but supporting it is akin to supporting the cryptocurrency infrastructure that does emit scary amounts of carbon.

While there are alternatives cropping up to make the technology less wasteful, which optimists believe is something that’d happen eventually, the purported fixes are not widely adopted, and would rely on either heavy-handed regulations or a sudden mass consensus to change. As of now, neither seems likely to happen. The existence of less harmful alternatives is more like a band-aid rather than an actual solution due to the severity of the problem.

In conclusion, as a nascent technology, NFTs are still struggling to find a use beyond being a speculative profiteering engine, and governmental regulations are also yet to catch up to it.

Given the Wild West atmosphere surrounding NFTs, it would be prudent for anyone interested in getting a piece of the action to tread very carefully.

CryptocurrencyInvestmentInternet crimes and scamsartistsDigital
Share this article
This website is best viewed using the latest versions of web browsers.