2,000 hamsters to be digitally 'resurrected' after Hong Kong Covid-19 cull A non-fungible token (NFT) project featuring 2,000 pixel art hamsters has been launched in Hong Kong, after the public hit out at a government decision to cull the animals over the possible risk of Covid-19 transmission to humans.

Earlier this week, Hong Kong authorities asked pet shops and owners to hand over about 2,000 hamsters for a mass cull and temporarily suspended imports of small animals, after 11 samples taken from hamsters in a local pet store came back positive for Covid. The shopkeeper and a customer were confirmed to be infected with the same Delta variant.

The city government has not walked back its decision despite petitions calling for an end to the cull, and experts warning that it could lead to people abandoning their pets.

The NFT project, called Carries Hamsters – named after Hong Kong leader Carrie Lam - was launched on Thursday as hamster owners in the city started dropping off their pets at a government facility.

“We will not stand for the euthanising of our little hamsters,” read an Instagram post from the team announcing the project on Thursday. “To stand up, spread [the] word and positivity – 2,000 hamsters will be resurrected on the Solana blockchain with proceeds being directly donated to an animal charity combating the euthanising of animals,” the post said. The group’s profile specifies that only part of the proceeds will be donated to local charities. 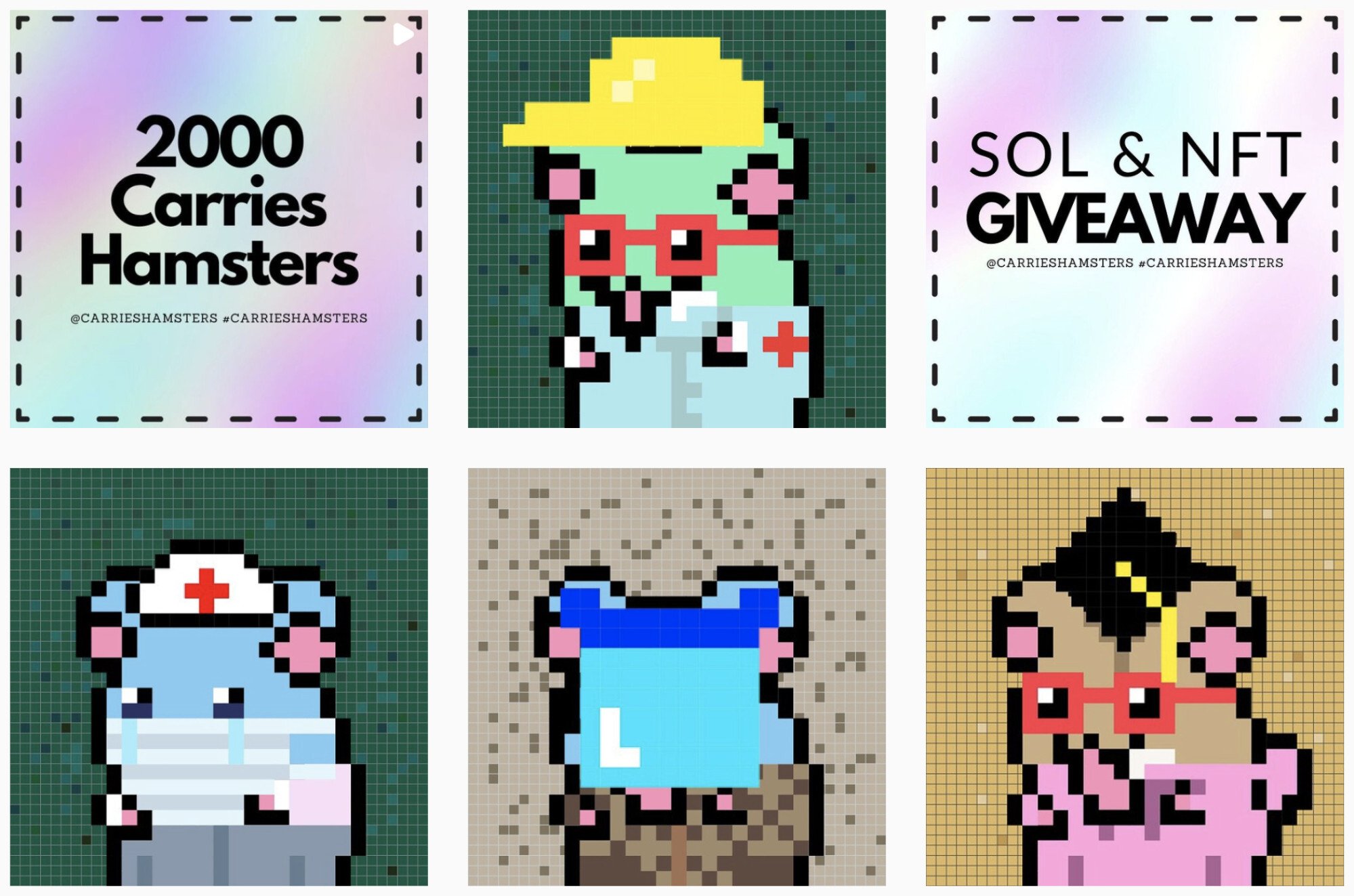 The Solana blockchain boasts faster speeds and lower costs than blockchains such as Ethereum. NFTs, data stored on a blockchain that guarantees a digital asset as unique and immutable, swept the world last year, as people snapped up cartoon avatars, virtual property and digital artworks costing millions of dollars.

Countless NFT projects have been launched in Hong Kong, a major cryptocurrency hub, with some of the high-profile ones taking over the city’s prime ad spots.

Carries hamsters will mint digital hamsters of “all sorts and colours, with attributes that directly relate back to our home, Hong Kong,” said the project’s Instagram post.

The project also said on Instagram that part of the proceeds from the sale will go to an animal charity that will be selected by a vote by its community the day before minting – the process of creating an NFT by adding data from the digital file to a blockchain.

However, some netizens have criticised the project, with one Instagram user commenting that it was “trying to profit off of the death of thousands of animals”.

One of the team members behind the project, who asked to go by the pseudonym C.W., told the Post that the team consisted of several friends from university, with some still studying and none doing cryptocurrency-related work.

C.W. said they though of the idea during lunch last Wednesday when talking about hamster-culling news, and decided that afternoon to give it a try. She said that the project’s community has grown unexpectedly, and that the team is considering starting a discord channel.