Secondary school student attends an online class with a smartphone at home in Hong Kong during the pandemic.
Reuters

Confined at home during the Covid-19 pandemic , student Lau Tsz-ip found himself spending 10 hours a day on his mobile phone, scrolling endlessly through his social media feed.

Lau,  16, the elder of two sons of a stay-at-home father and a school employee, had his first computer and mobile phone before the age of 10.

He says his screen time leapt after he started secondary school, when students began doing more of their homework online. Social media and other online activities became a way to relax.

The Secondary Six student says he was already spending a lot of time on his mobile phone and iPad before the pandemic, browsing Instagram and Facebook, watching YouTube videos and playing games, but his screen time shot up this year.

Time for online learning rose from about four hours to seven hours a day.

“The pandemic made me realise I was spending too much time on my screens,” he says.

Experts concerned by young people’s use of mobile phones, computers, televisions and other digital devices say the pandemic has resulted in their chalking up even more screen time as they stay at home and study online.

A survey of 97 young people aged 13 to 25 by the Hong Kong Playground Association, an NGO providing social services for children and young people, found they spent, on average, 8½ hours a day on mobile phone applications, mostly social media.

More than half said spending too much time on social media led to insomnia, while others said excessive use had resulted in poor performance in their studies and at work.

Chan Ying-kit, who is in charge of the Wellness Mind Centre of the Hong Kong Federation of Youth Groups, the city’s largest youth service organisation, says young people are spending more time on screens and becoming exposed to digital devices at a younger age than before.

Many have their own mobile phones and other devices by the time they are in Primary Four or Five.

He says many parents have called asking for help, saying their children are glued to their screens, and that there have been conflicts at home over trying to get them to cut back. Schools have also begun doing more to raise awareness of online addiction. 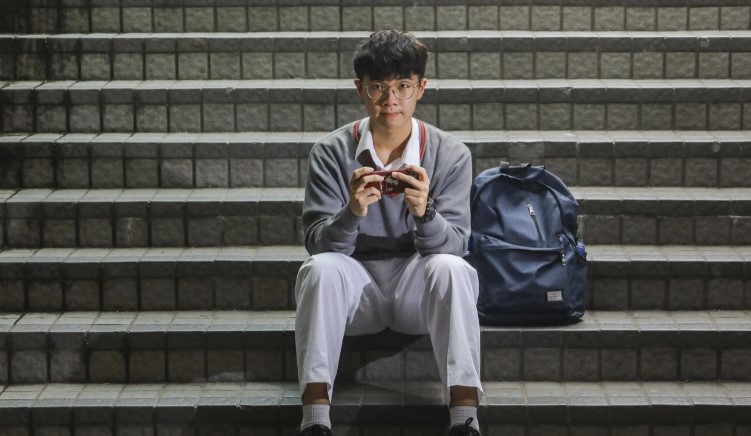 Chan says the proper use of digital devices for studying, socialising and even entertainment can be beneficial. But overuse is a problem, especially when excessive screen time affects daily life, academic performance and relationships.

“Rising screen time among young people is inevitable in this digitalised world,” he says. “The key is to learn to make good use of these smart devices for meaningful purposes.”

Easy to end up hooked

He says that aside from doing their school work and using social media during the lockdown, young people are also spending more time online for fear of missing out (FOMO), a type of anxiety characterised by a continuous need to stay connected with what others are doing.

“The sheer availability of electronic devices and their integration into our daily lives make them indispensable, creating a slippery slope for dependency and overuse,” he says.

Professor Wong Kam-fai, of the department of systems engineering and engineering management at Chinese University, says some features of social media, mobile applications and games are designed to get people to stay once they check in. Some end up hooked.

Social media platforms are able to keep track of users’ interests and interactions and then recommend related content that gets them to stay longer, Wong says.

The Centre for Health Protection warns that excessive screen time, a sedentary individual activity, has a negative impact on young people’s physical, psychological and social development. 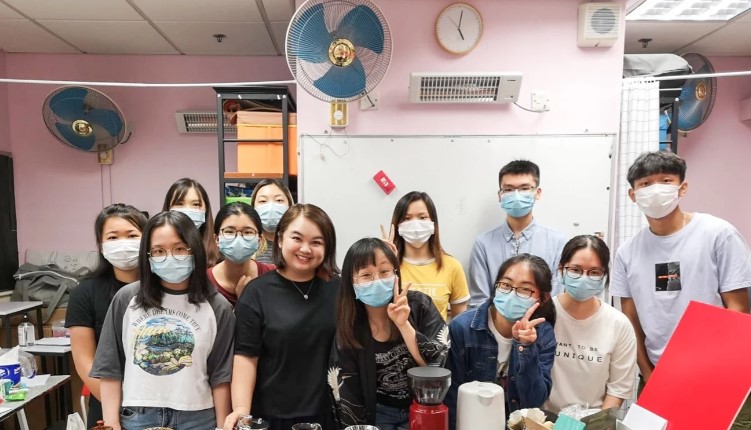 A 2017 survey by the Department of Health showed that about a third of primary school students said they had slept less or given up outdoor activities due to the use of the internet or electronic devices.

Over half said they had quarrelled with their parents over their online activity, and about two-fifths said using the internet or electronic devices had affected their academic performance.

With the pandemic unlikely to be over soon, the Federation of Youth Groups’ Chan is urging schools and teachers to find ways to prevent students from using online learning time for other purposes.

Teachers could ask students to turn on their computer cameras during online lessons to introduce a sense of formality, he says, and design more participation during lessons to engage students.

Professor Alice Lee Yuet-lin, from the department of journalism at Baptist University, says instead of controlling screen time, it is more important to equip youth with media and information literacy so they know how to manage their time, and how to access and make use of quality information and protect themselves from negative influences like cyberbullying and doxxing.

“As we cannot break away from digitalisation in a smart city, it is important to learn to use it smartly and healthily, and achieve digital well-being,” she says.

To help youth spending excessive time on their screens, the Hong Kong Playground Association ran a digital detox programme from March to July that was attended by 150 young people aged 13 to 25. 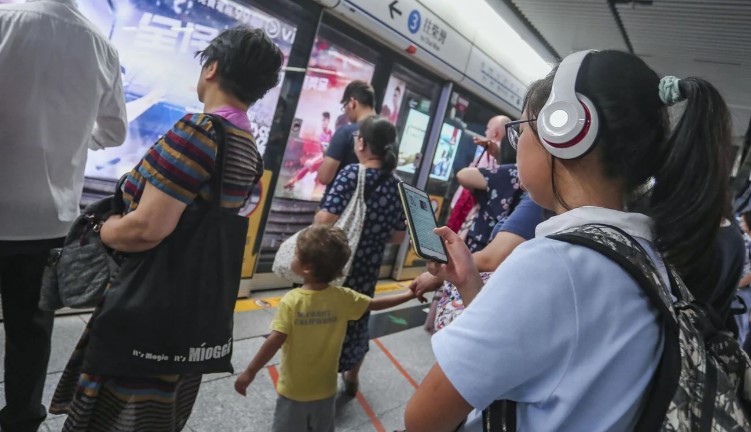 The participants, who used to spend at least 40 hours on their mobile phones every week, learned ways to cultivate new hobbies and reduce screen time.

They earned points by reducing their screen time over four weeks, and could use the points to attend workshops on hobbies and healthy lifestyles.

Sam Szeto Kam-san, a social worker with the association who led the programme, says 90 per cent of participants managed to reduce their screen time.

“Many addicted youth were aware of their problem, but most didn’t have the motivation to solve it themselves,” he says.

The association is continuing to run school talks and camps for those spending too much time online, and is working on holding similar digital detox programmes in the future.

Student Yoyo Choi, 17, used to spend seven to eight hours a day on her mobile phone and computer, mostly watching YouTube videos and checking social media to see what her friends and favourite celebrities were doing.

The second of three children of an engineer and a secretary, she would spend hours refreshing her Instagram and Twitter feeds as new content recommendations kept popping up.

The Secondary Six student says she realised it was a problem when her eyes became tired, her back ached, she found it hard to concentrate on studying and had no time for family or friends.

“I was so immersed in the virtual world that I barely paid attention to what was happening around me,” she says.

She decided things had to change, and took part in  the association’s detox programme  for about three months. She now spends more time doing housework and cooking, has cut her daily screen time to two to three hours and has taken to learning new skills online too.

Like Choi, student Lau also suffered the effects of excessive screen time. His eyes also grew tired, he had blurred vision and he sometimes found it hard to fall asleep.

He found himself checking his mobile phone constantly, and had barely any time for his parents and younger brother.

“I tried to cut down, but it was difficult to suppress the urge,” he says.

He attended the detox programme too, and halved his daily screen time to five hours.

These days, he keeps a book at hand to read or listens to music while waiting for the bus or train.

At home, he is spending more time doing housework and baking with his mother, or making coffee for the family – a new hobby he picked up during the programme.

“I feel refreshed, and my relationship with my family and friends has improved,” he says.