What's in a lobster ball? That's hard to tell, Hong Kong watchdog warns, but it's definitely not lobster

Don't expect to find any lobster in your lobster balls. The hotpot favourite does not necessarily contain any ingredients from lobsters, Hong Kong's consumer watchdog has found, while 75 per cent of meatballs sampled had high levels of sodium and most contained other types of meat.

DNA tests by the Consumer Council found none of the 10 samples of lobster balls it collected contained any traces of the crustacean.

Professor Nora Tam Fung-yee, chairwoman of the council's research and testing committee, on Monday (Jan 17) said it was hard to tell what exactly "lobster balls" contained.

"We found some other ingredients … that might be other seafood or even meat-type ingredients … but our tests focused on [finding] lobster-related DNA, so we only know that lobster balls do not contain crustacean DNA," she said.

The council added one product from frozen seafood importer iEat had incorrectly listed "lobster" in its ingredients.

The importer issued an apology to any affected consumers and law enforcement agencies, explaining the error was the result of internal operations.

The company said one of its previous products had contained ingredients such as lobster and spinach. But after changing suppliers, iEat had not updated its labels for the new goods.

"Therefore, the main ingredients of the new products are only fish meat and extracts containing crustaceans, which are inconsistent with the label content of the products we sell," a representative of the brand said.

"Our company is deeply sorry and will make corrections. The relevant goods have been discontinued."

Only two samples mentioned they were imitations in their product names, including the "Imitation Lobster Fish Ball" product from food manufacturer Tai Po Chun Hing.

But the product listed crab extract, another type of crustacean, among its ingredients.

In response, the company estimated its product contained about 0.02 per cent of crab extract, adding that testing equipment might not have been able to detect the ingredient. 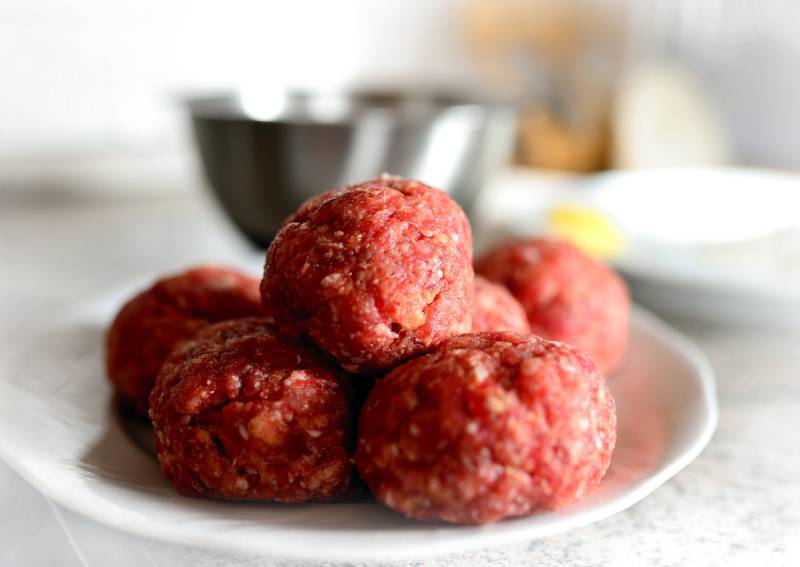 The council referred the DNA test results to the Customs and Excise Department to investigate whether the samples were in violation of the Trade Descriptions Ordinance.

DNA tests were also conducted for 20 beef ball products, with only seven found to contain 100 per cent cow DNA, while 65 per cent also contained traces of pork or chicken. One beef sample was just 13 per cent cow DNA, with the rest identified as chicken.

She also urged traders to be more transparent about the production process for their meatballs and for a review of ingredients lists on pre-packaged items.

Meanwhile, the same study reported that 75 per cent of the meatballs sampled reached the "high-sodium" level for food.

The council tested several types of non- and pre-packaged meatballs for substances such as heavy metals, preservatives, fats and sodium.

It found that fishballs had the highest sodium content at 814mg, while lobster, beef and cuttlefish products ranged from 654mg to 794mg.

The Centre for Food Safety defines over 600mg of sodium per 100 grams as high-sodium foods.

According to Tam, a bowl of rice noodles served with five fishballs had a sodium intake of 819mg from just the latter alone, about 41 per cent of the 2,000mg daily limit recommended by the World Health Organisation.

To prevent health risks such as high blood pressure and heart disease, the chairwoman urged consumers to eat meatballs in moderation to avoid excessive sodium intake.

Nutrition and dietHong KongConsumer healthHealth and Wellbeing
Share this article
This website is best viewed using the latest versions of web browsers.