A viral video showed a baby being held in a rotting paper box next to buckets used for pigswill.
PHOTO: Weibo
PUBLISHED ONNovember 05, 2021 3:57 AMBy Mandy Zuo

A 4-month-old Chinese girl was taken to hospital on Thursday (Nov 4) and is receiving a check-up after a viral video of her living in squalor brought into question how social service programmes should handle impoverished families who nevertheless raise a healthy child.

Tang Lu is being raised by Huang Longfei, a 59-year-old farmer from the central province of Hunan, and her mentally-handicapped mother. The family, which includes a five-year-old girl born to a different woman, live in poverty.

The mother is bedridden and cannot work, leaving the family to survive on the father's meagre salary.

In the video, Huang's daughter is seen lying on a jacket amid rubbish. Flies flit around the young baby's face as she stares at the camera.

Another moment shows her in a rotting paper box situated amid pigswill in a trailer behind a motorbike.

Volunteers tried to help the family and teach the man about raising children in more sanitary conditions but said their efforts were futile. 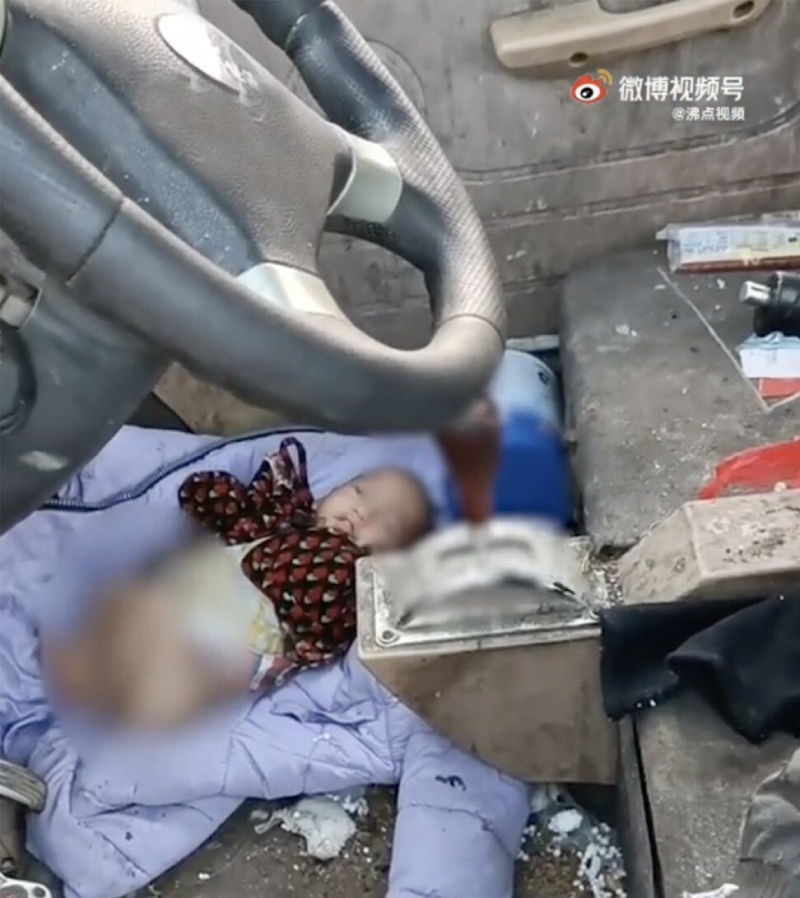 "He does not get better at all," said Jelly Liu, a Nanjing-based children's rights activist who noticed the family and reported them to the local government last month.

Liu added that the family lives in highly unsanitary conditions, and the father refused to change or give up custody of the baby girl despite his incapability in caring for the kids.

"We tried to persuade him to have surgical sterilisation, but he refused and said he wanted to have sons," she said.

The county's women's federation said a physical check-up last month showed the baby was healthy, and the government was not considering finding her another guardian﻿. There has been no update if the mandatory check-up on Thursday changed that decision.

"We tried to persuade him to have surgical sterilisation, but he refused and said he wanted to have sons." Jelly Liu, a Nanjing-based children's rights activist.

Liu said cases similar to the Huang family are quite common in China as it lacks a proper system to protect disadvantaged children.

"I have intervened in at least seven such cases this year, where healthy men keep a sexual relationship with a mentally challenged woman and have children with her. In some cases, they have like nine or 10 kids," she said, "I don't see any point in giving taxpayers' money to such men. It's the woman and children who need help."

Huang's story generated heated discussion on social media, with many demanding the government take over the children's custody and send the woman to a hospital.

"Poor baby. The parents are so ignorant, and the government should be blamed for their lack of education," said one person on Weibo.