Shanghai grandmother flees home after it becomes a viral sensation The giant pink bow and resulting flood of photo-takers has been described as another example of how “daka” culture – travelling to be seen – is ruining people’s lives in China.
PHOTO: South China Morning Post
PUBLISHED ONMay 11, 2021 9:54 AMByPhoebe Zhang

An 80-year-old woman in Shanghai is the latest casualty of the internet fad of visiting viral destinations to take photos and post them on social media, known as daka in Chinese.

The woman’s home went viral last week after a huge pink fabric bow was put up on one of the apartment building’s balconies, making it look like a small Disney castle.

After the building became popular on Douyin, the Chinese version of TikTok, fans flooded in to take photos of the elderly woman’s home and catch a glimpse of her. She soon found it uncomfortable to live there.

Over the weekend her family members picked her up and took her to live with them and the giant bow was taken down, news portal The Paper reported.

The woman, with the surname Hu, lived on Wukang Road, a 1,500-metre street lined with popular coffee shops, historical sites and apartment blocks.

In the 2007 Ang Lee film Lust, Caution , which was set in Shanghai, Tang Wei set Tony Leung Chiu Wai free on Wukang Road. In This Is Not What I Expected , Zhou Dongyu and Takeshi Kaneshiro watched the sun set from the well-known road.

Influencers on e-commerce platform Xiaohongshu say that if you go to Shanghai without going to Wukang Road you have failed to “feel the pulse of the city”.

They recommend an itinerary of brunch at a French restaurant, a moment to pose for photos next to the famed Wukang Mansion and then a cup of coffee or an ice-cream from a famous shop.

The grandmother’s apartment first caught the public’s attention on the recent Labour Day weekend, when Douyin video narratives described meeting her as a romantic fairy tale.

“Standing on Wukang Road, under the phoenix trees, below a balcony with a ribbon bow, waiting for an old grandmother,” one Xiaohongshu user wrote.

A neighbour told The Paper the grandmother didn’t have anything to do with the bow; someone else had put it up, and she just happened to live upstairs. After the building won viral popularity, the lives of the building’s residents were affected by the crowds of visitors. Residents even had difficulty entering and exiting the building.

“Her family was scared, she’s 80 years old,” the neighbour said.

The craze even caught the attention of Fang Shizhong, director of the Shanghai Municipal Administration of Culture and Tourism, who on Saturday called for a culture of civilised and peaceful tourism.

In recent years, the phenomenon of daka tourism, or “punching in”, has become a fad in China. An example of the power of social media, especially Douyin, the fad is similar to the West’s wanderlust culture and the compulsion to post personal travel photos on Instagram.

Lately, it has evolved to taking photos of or live-streaming not only famous tourist attractions but viral people and incidents, sometimes even murder scenes.

In 2020, Chinese media reported that a woman in Hangzhou was killed and dismembered by her husband, and pieces of her body were found in the sewers of her residential compound.

Since then, many internet users have been to the scene to live-stream the “haunted house” and interview her neighbours.

The internet craze does not spare young children. In 2016, live-streamers found a village boy called Fan Xiaoqin who closely resembled Jack Ma, the co-founder and former executive chairman of Alibaba.

The boy became a favourite of influencers and he was invited to dinners and to visit companies. (Alibaba owns the South China Morning Post ). 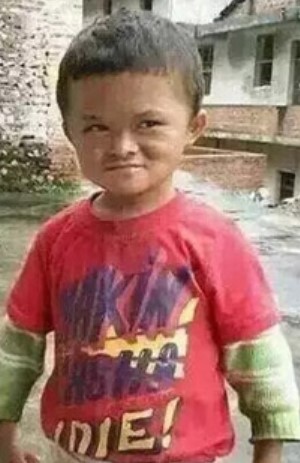 Chinese media recently reported that after the public had lost interest in the boy, he was sent back to his village and he had fallen behind in his studies.