A Chinese grandma who retired from teaching physics at a university has found a new career as an online celebrity with her short-form videos about physics.
PHOTO: new.qq.com
PUBLISHED ONNovember 17, 2021 2:13 AMBy Alice Yan

A 72-year-old grandma has become a hit on Chinese social media for bringing physics to the masses with her unique videos and attracted more than one million followers in the process.

Wu Yuren is a retired physics professor from Shanghai's Tongji University in eastern China. Three years ago, she joined a team of a dozen scholars as part of a science "popularisation campaign" on Kuaishou and other short video platforms, state broadcaster CCTV reported.

"Physics is very interesting. Why is it that many students don't like it? Because they are afraid of difficult physics tests," Wu explained of her new career after retirement. "I hope to tell teachers and kids how to teach or learn physics."

"A country can't develop without physics or science innovation," she added. Wu said when she taught physics to university students many years ago, she found they did not like the subject, and lacked curiosity or any desire to learn about it.

Affectionately called "grandma Wu" or "science grandma" online, Wu uses simple experiments and props that can easily be found in everyday life to teach a young audience about physics concepts and terminology, such as electric conductors, Faraday's law of induction and Schrodinger's cat.

She said she chose props and set experiments in a down-to-earth style to attract and hold people's interest. She also tries to inspire her students' imagination, said Wu. 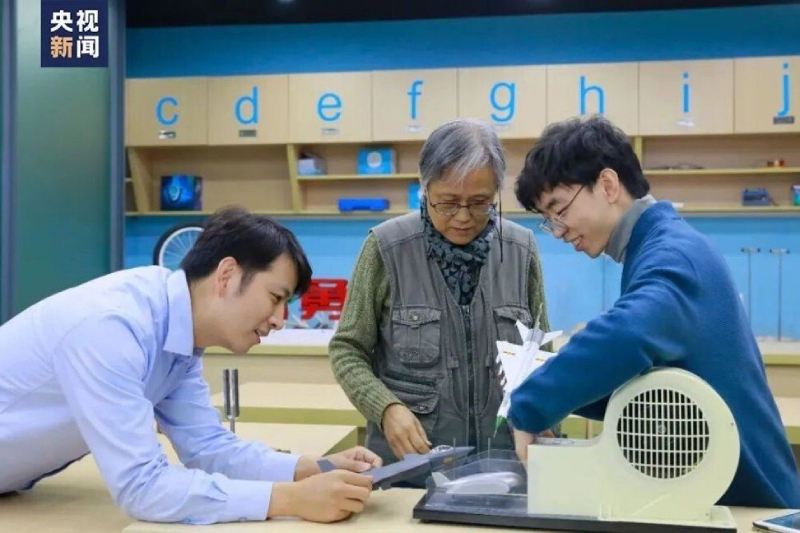 In a video about cosmic rays, Wu used a household broom to describe the trail of the rays. The broom's thick handle shows the rays' powerful energy when first entering the Earth's atmosphere while the thin brush attached was used to show how the rays gradually become weak after interacting with atmospheric molecules.

"This telescope's diameter is 500 metres. It looks like a huge pot. How many dumplings do you think it can hold at one time?" Wu asked in the video clip.

Her social media account is named Bu Sha Ti, which roughly translates as "not excessively solving test problems". Wu said this indicates her ambition to let students learn physics well in a casual learning environment rather than the traditional way of intensive problem solving and testing.

"Science popularisation is my responsibility. If I can let more people realise the charm of physics and appreciate the joy of the science world, my efforts are worthwhile," she said.

"This auntie is great!" one person said on Kuaishou.

"There are too few such videos," wrote another user. "I remember my son became interested in chemistry after watching a chemistry-related video."