The drones were organised to form Chinese characters to spell: "Happy 10th birthday to Doudou" while flying above the Xiangjiang River in the city of Changsha, reported Thepaper.cn.

The drones would then move to form patterns of a birthday cake and a gift box containing a bone.

In the video, the dog's owner and several friends wearing Christmas hats sang "happy birthday" to the pooch. 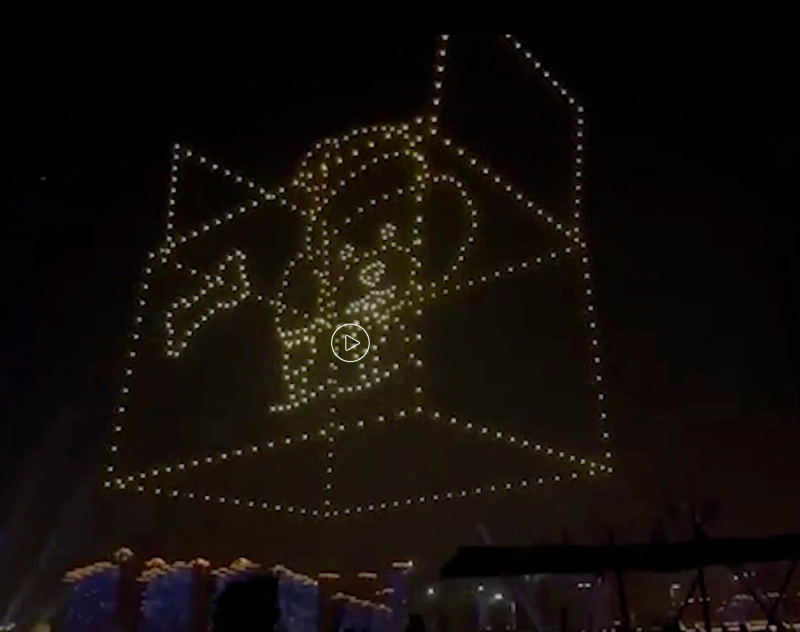 The amount of drones used, 520, was also not an accident as the number is commonly used as a love phrase because the Mandarin pronunciation for the digits sounds similar to "I love you".

The ceremony was held near a slew of high-rise residential buildings, designated as drone no-fly zones by the city's rules on aircraft management .

The local police department said they were not aware of the event, and an official said people should apply for police approval before flying drones. The police said they would shoot the machines down if spotted.

A wedding in the southern Chinese city of Guangzhou has become a local curiosity because the groom and his best men wore bridal dresses while the bride and her bridesmaids dressed in suits.

The groom, surnamed Wang, said both he and his wife are good friends with the six best men, who had promised the bride that they would dress up as women at her wedding. 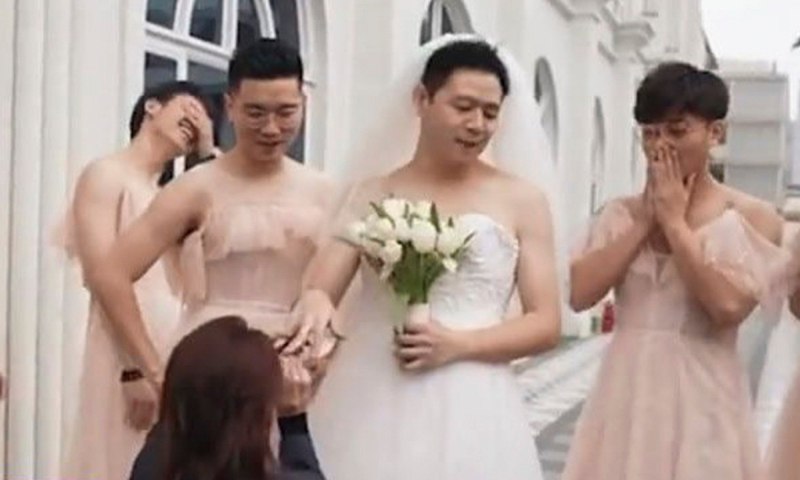 A viral video clip showed the bride getting on one knee in a mock proposal during the ring ceremony at the wedding. Another scene showed some of the men struggling to button up their dresses.

"At first, I felt ashamed, but after walking several steps, I felt fine, and it was even a bit addictive," one best man told news portal sina.com.cn. "I will go completely crazy with my buddy on his big day."

The video started with the question, "Do you know why this man always carries a bag of sanitary pads with him?" and proceeded to show various scenes of men using menstrual pads for all sorts of reasons. 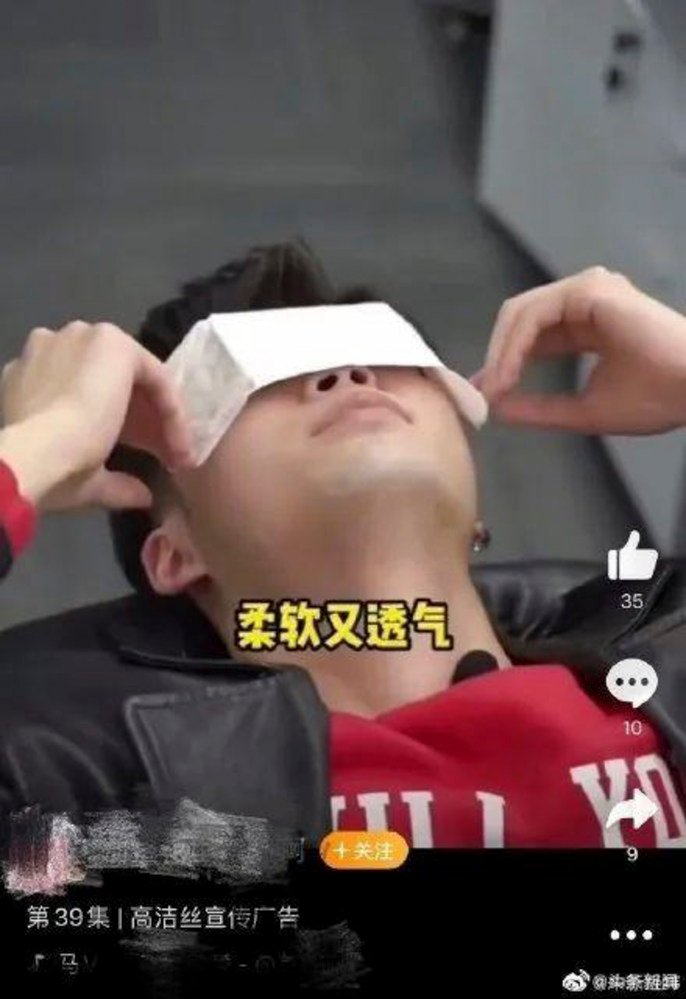 Netizens complained that the advertisement mocked women and that it was strange that men were promoting a female product.

In a statement posted on Weibo on Tuesday, the company said the footage was uploaded online by its advertisement agent without its approval.

"We are sincerely sorry for our customers' poor experience caused by this video," said Kotex. "It is against our brand's values and is absolutely unacceptable to us."

Kotex said it suspended the social media account that published the video.