All 170 guests of a now-notorious Hong Kong birthday party attended by senior officials and lawmakers have been ordered into quarantine after they were exposed to at least two coronavirus cases.

Health authorities have confirmed an infection and identified a second preliminary case linked to Monday’s party for the 53rd birthday of Witman Hung Wai-man, a local delegate to the national legislature, in an escalating public health scandal.

The Wan Chai event has drawn the wrath of Hong Kong’s leader for flying in the face of the government’s own advice for the public to avoid large gatherings during the Covid-19 crisis.

It also emerged on Friday that one of the partygoers, lawmaker Junius Ho Kwan-yiu, met top Beijing official Xia Baolong in Shenzhen two days after the party at a Spanish tapas bar and restaurant.

Everyone who attended the party – including Director of Immigration Au Ka-wang, home affairs chief Caspar Tsui Ying-wai and 20 legislators – has been ordered to spend up to 21 days in Penny’s Bay quarantine centre after being classified as close contacts of suspected Covid-19 cases.

The Centre for Health Protection (CHP) confirmed on Friday that a 37-year-old woman who lived in Causeway Bay and attended the party was the first person to be infected. The patient’s mother had earlier dined with a friend who was unvaccinated.

Authorities also said the birthday party ran from 6pm to midnight and 170 attended. About 70 people arrived at the party after 9.30pm, overlapping with the time the infected patient was also present, and they had been sent to the government’s Penny’s Bay quarantine facility, said Dr Chuang Shuk-kwan, head of the CHP’s communicable disease branch.

“But because we have identified another preliminary-positive case, the number of people sent to quarantine is expected to increase,” she said.

Health authorities also revealed that a 53-year-old woman who worked in the media had tested preliminary-positive. It is believed she is a staff member at RTHK’s Mandarin channel.

Chuang said the woman removed her mask to eat and drink at the party. She arrived at around 6.30pm, left at about 8pm and returned at 9pm. She stayed in total for about two hours but left before 9.30pm.

“The attendees took off masks to eat and drink, they also didn’t stay in a specific location and stayed for a relatively long period of time. They are now regarded as close contacts of the preliminary case,” said CHP controller Dr Edwin Tsui Lok-kin, explaining why all attendees needed to be quarantined.

Staff at the public broadcaster have been told to leave its Kowloon Tong headquarters by 6.45pm ahead of the entire building being disinfected. 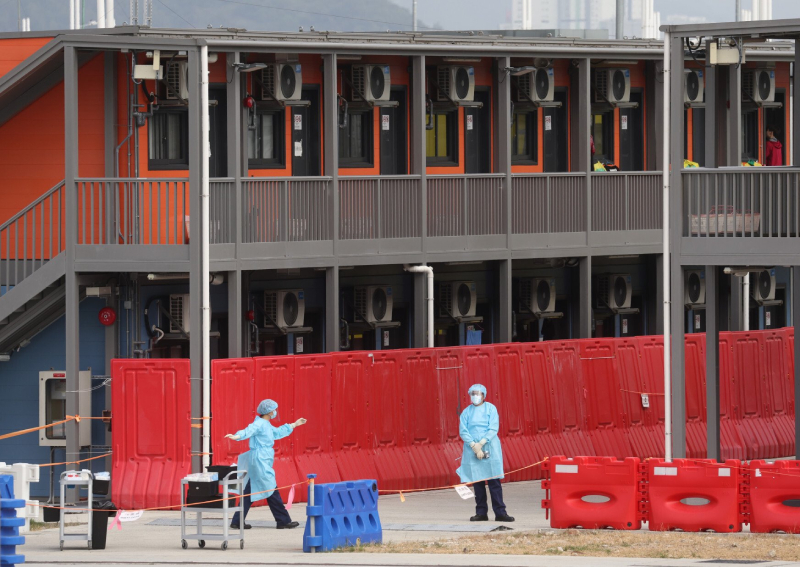 Immigration chief Au issued a statement on Friday morning apologising for his conduct.

“Regarding the additional burden to the epidemic prevention work and the disturbance to the public as a result of my personal behaviour, I offer my sincere apology to all people of Hong Kong. I have reflected on this incident and shall be more vigilant in future,” he said.

Chief Executive Carrie Lam Cheng Yuet-ngor on Thursday lambasted some of her top officials for blatantly ignoring the government’s own advice on avoiding large gatherings to party at Reserva Iberica – in the middle of a worrying Omicron outbreak.

Lam did not respond directly to questions of whether Au had scanned the “Leave Home Safe” contact-tracing app as required by law when entering restaurants.

Updating Legco on the latest developments in the scandal early on Friday, its president Andrew Leung Kwan-yuen said he was assessing the situation to determine whether the new session could still open as scheduled next Wednesday.

Leung said he was still inclined to proceed with Legco’s meeting next Wednesday, its first since the Dec 19 election.

Lam is due to attend the question and answer session, although she will pull out if the health crisis situation becomes “uncontrollable” or the government introduces a citywide work-from-home policy.

Leung revealed he had called lawmakers up one by one to remind them to be honest and cooperative with the investigating authorities.

“Lawmakers should realise that we are living in a fishbowl. What we did will be monitored by the public,” he said.

Speaking before the imposition of the blanket quarantine order on all party guests, Leung said lawmakers at the party, along with their assistants, must get screened for the coronavirus as soon as possible. They will be barred from the Legco complex and its temporary offices nearby unless they test negative.

Asked if the legislature would take any disciplinary action against the partying lawmakers, Leung said the rules of procedure only granted the president power to punish members for their “grossly disorderly conduct” within the chamber.

“They have to be held accountable for their own behaviour and action conducted outside to the members of the public,” he said. 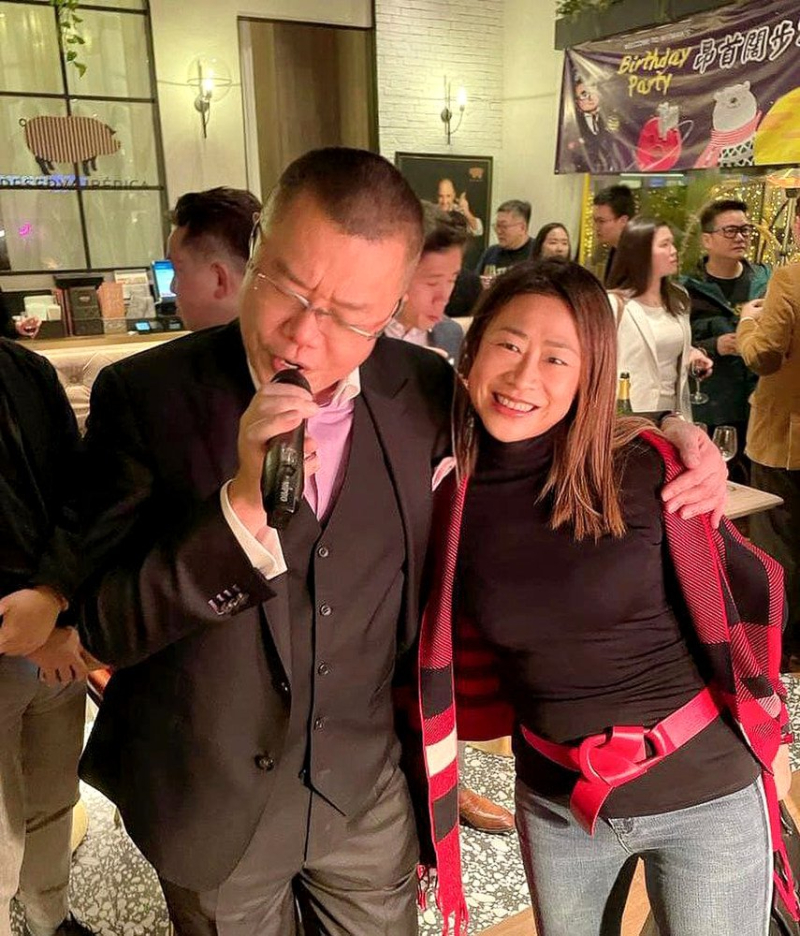 A photo obtained by the Post shows guests not wearing masks, with Hung singing beside an attendee, accountant Ellen Tsang Fung-chu, a member of the 1,448-member Election Committee, which is tasked with picking the city’s leader and sending 40 representatives to Legco.

Lam singled out and expressed “deep disappointment” at home affairs chief Caspar Tsui Ying-wai, who stayed at the party beyond the 9.30pm arrival of the woman with the suspected infection. Tsui was sent to Penny’s Bay on Thursday.

Ho attended the party before heading to Shenzhen on Wednesday to meet Xia, director of the State Council’s Hong Kong and Macau Affairs Office. Ho had tested negative before the meeting.

Immigration chief Au said he would undergo quarantine at Penny’s Bay despite only visiting the Wan Chai restaurant for a short period and without sitting down for a meal, leaving “immediately” after congratulating Hung on his birthday.

Lawmakers who attended the Jan 3 party at Reserva Iberica: