Olympics: Some athletes advised to use burner phones at Beijing Winter Games Staff members of the Beijing Olympic Organising Committee stand in front of the National Stadium, or Bird's Nest, the venue scheduled to hold the opening and closing ceremony of the Beijing 2022 Winter Olympics in Beijing, China on Jan 3, 2022.
PHOTO: Reuters file
PUBLISHED ONJanuary 21, 2022 1:32 AM

National Olympic Committees (NOCs) in some Western countries are advising their athletes to leave personal devices at home or use temporary phones due to cybersecurity concerns at next month's Winter Games in Beijing.

Many NOCs said they will provide their athletes and staff with temporary devices to avert security risks and combat any surveillance during the Games taking place from Feb 4 to 20 in China.

"It should be assumed that every text, email, online visit, and application access can be monitored or compromised," the United States Olympic and Paralympic Committee (USOPC) said in an advisory.

It suggested using rental or disposable laptops and phones while in Beijing or wiping all data from personal devices before and after travelling there. It also recommended that members install virtual private networks (VPNs) on devices before leaving the States.

Despite safeguards in place to protect their systems and data, there should be "no expectation of data security or privacy while operating in China," the USOPC added.

Beijing Olympic officials could not immediately be reached for comment. The International Olympic Committee said "it's not for us to comment on the advice that an NOC may be providing to its delegation members".

The Canadian Olympic Committee said it has advised members to consider leaving personal devices at home and be extra diligent since the Games presented "a unique opportunity for cybercrime".

The Swiss and Swedish committees will also provide new devices to their delegations and have briefed them on measures they can take against cybersecurity.

"We also provide information to athletes about the situation in China in cooperation with the organisation Civil Rights Defenders, so that the athletes can make their own decision about how to use personal equipment during the Olympics," the Swedish committee said.

The British Olympic Association said it had given athletes and staff practical advice with regards to taking their personal devices to Beijing and would provide temporary devices to those who wanted them.

Some other countries are less concerned about cybersecurity matters in Beijing, however. 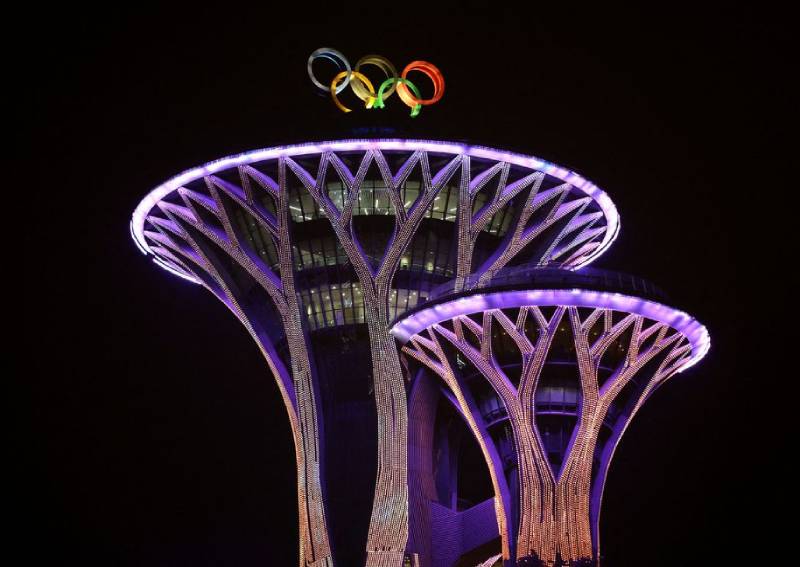 The NOCs of Slovenia and Slovakia said they will not be offering temporary devices to team members, while Croatia's NOC said it will let its delegation take their own devices and Serbia said it was planning no additional cybersecurity measures.

Separately, researchers have said the Beijing Organising Committee's MY2022 app, which all attendees must use to monitor their health, contains security flaws that make it vulnerable to privacy breaches.

Yu Hong, head of the Beijing Organising Committee's technology department, said such issues were natural when developing this kind of app, which her department was constantly updating in order to tackle them.