A man in China who was severely injured while attempting to stop a violent rampage at the end of May has yet to recover fully and must wear a fecal bag to manage his uncontrollable bowel movements.

Qiu Shaochun was dubbed an "everyday hero" for his bravery when he jumped out of his car to confront a man who had stabbed and run over passers-by while trying to attack his ex-wife.

Qiu did not manage to stop the attacker and was stabbed during the incident.

Internet users affectionately called him "Nanjing fat brother" due to his large size, and the Nanjing Good Samaritans Fund covered his medical costs. 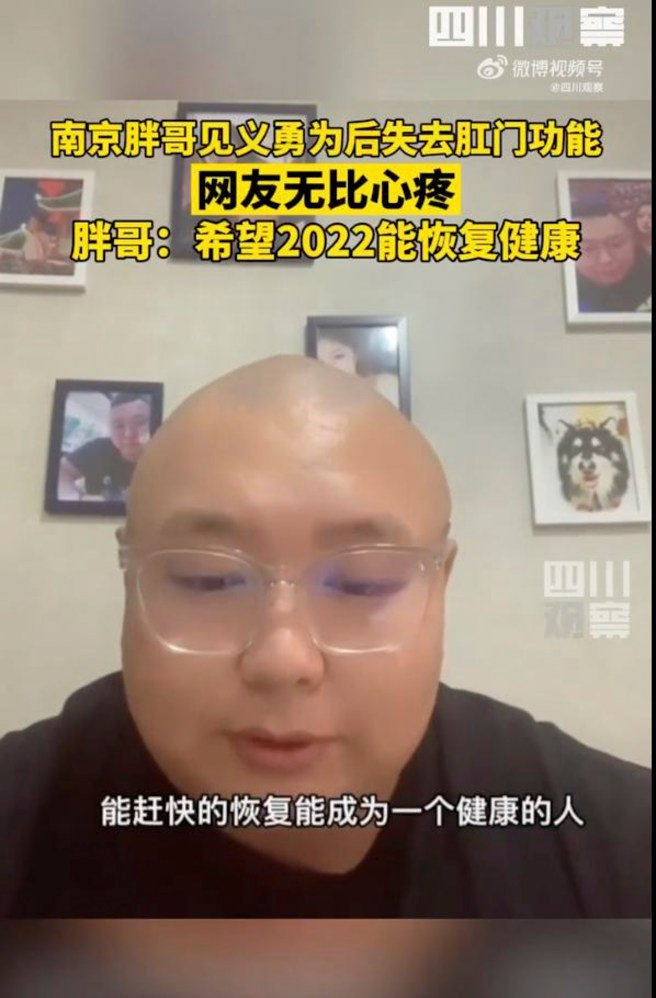 However, despite his new-found fame, Qiu said he was "extremely depressed" in the first two months after his discharge, but he has recovered with the help of his girlfriend, Liu Jia, who he hopes to marry.

Qiu said in a social media post that he wished to become healthy as soon as possible after he undergoes a second surgery next year.

"I cannot control my bowel movements like ordinary people," he said in a video released last week. "Doctors installed a connector for the ostomy bag [to collect my excrement], and my family members have to help me change the bag frequently. It has created a strong smell at home."

He wrote in the post that he felt "disoriented and touched" over the past seven months because he had never thought he would become a Good Samaritan.

"Years ago, I was detained for fighting. I am confessing because I want to let the public know that I am also an ordinary person who has made mistakes even though everybody calls me hero," wrote Qiu.

He said he rushed to stop the violence that night out of instinct.

"I just happened to be at the scene of the crime. If it was somebody else, I think they would also have rushed to stop the incident," Qiu wrote.

When he and some other pedestrians ran towards the assailant, they heard someone remind them that he had a knife. 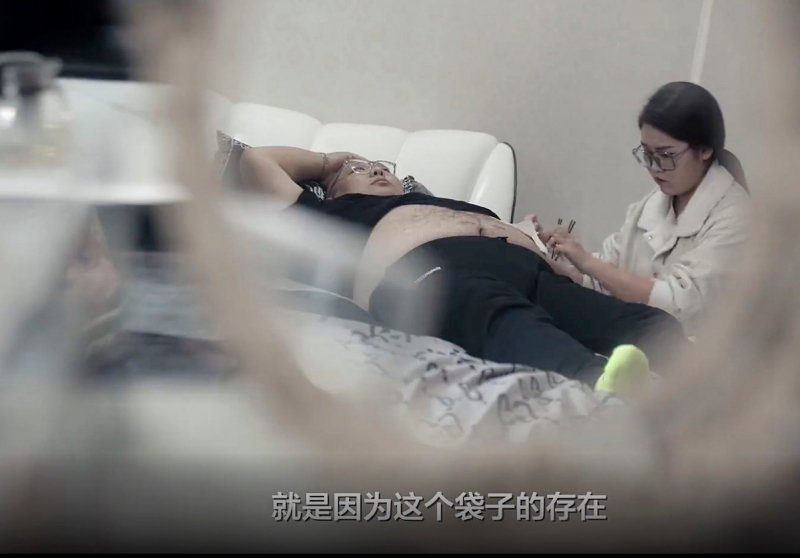 "I heard the person say that, and I also noticed several people stopped running. But I took the chance that I could subdue him once he got out of the car," his post read.

"I am also an ordinary person who has made mistakes even though everybody calls me hero." said Qiu Shaochun, who was stabbed in a rampage earlier this year.

During the rampage, a 41-year-old man named Ji used his car to hit his ex-wife, her friend and a passer-by. He then ran over his ex-wife and stabbed her friend.

As he tried to flee, he hit one more person before crashing his car. He then stole another vehicle from its owner who ran away from the scene. In that vehicle, Ji hit two more people and stabbed Qiu before police could finally apprehend him.

Qiu, who said he once dreamed of being a shot putter, received attention from Gong Lijiao, one of the Chinese athletic stars from the Tokyo 2020 Olympics. She won the gold medal in the women's shot put at the games.

"Fat Brother, add oil!" Gong replied to his post. "I hope everything goes smoothly with you. Looking forward to shot putting together."