Meet the 'dancing grannies', the loud-but-glorious staple of Chinese society The women usually gather in the squares early in the mornings and evenings, sometimes wearing matching outfits, preparing to dance in unison to the day's music line-up, usually Chinese, sometimes not.

These "dancing grannies" gather by the dozens, and even hundreds, all across China, and have become an omnipresent part of society in the past 20 years.

"I have been dancing for eight years," said a Chinese auntie from Chongqing, who preferred to remain anonymous.

"Dancing is an all-age exercise, and it was proposed as a way for the elderly to be happy, to learn something and to contribute to the university," she said, referring to a community college for elderly people she attends.

She fell in love with dancing and now performs on stage and competes against other dancing troupes in China.

While the woman from Chongqing takes the activity more seriously than most, for many middle-aged and elderly women in China, often called "damas" — a somewhat loaded word that directly translates to "big mama" — square dancing is the most important social activity in their lives.

These square dancing troupes have become a family for some participants, a fascination for many passers-by and, sometimes, a source of conflict with nearby residents.

Which begs the question, who are these dancing grannies?

The most important feature of square dancing is the music.

The music is typically songs that are familiar to the group and there is a cottage industry of companies that sell soundtracks for dancing grannies, said Jiaxuan Yu, a PhD student at Emory University who has studied square dancing groups for seven years.

“But basically, they just try to find something that is free. That is a very important thing,” she said.

Choosing the music is the group leader’s job, a revered position that comes with both respect and responsibility.

The leader selects the line-up, choreographs the dances (which often means simplifying the proposed dance), organises the meet-ups and manages the troupe.

For people in this position, square dancing may appear more like a job than an evening hobby.

The best strategy for joining a dance troupe is just to show up and hang around.

Once you become a familiar face, the group will ask if you want to join, or vice versa. Often, outsiders can pick out new members because they tend to hang on the edges of the groups and their dance moves are not as in sync with everyone else.

A dancer also does not have to be a "granny," which is more of a nickname because the age of the dancers tends to trend old. Shuxian Mi, a sociologist at Shanghai Normal University, studied a group where the youngest dancer was 23-years-old and the oldest was 76.

Typically, once a woman joins a group they tend to stick with it, both out of convenience and, more importantly, because it can transform into their most important friend group.

"When they are dancing with others, they are also networking, so after several months, they will become very good friends," said Yu.

"They may do things like go grocery shopping or travel together. They may become good friends in their life outside square dancing." 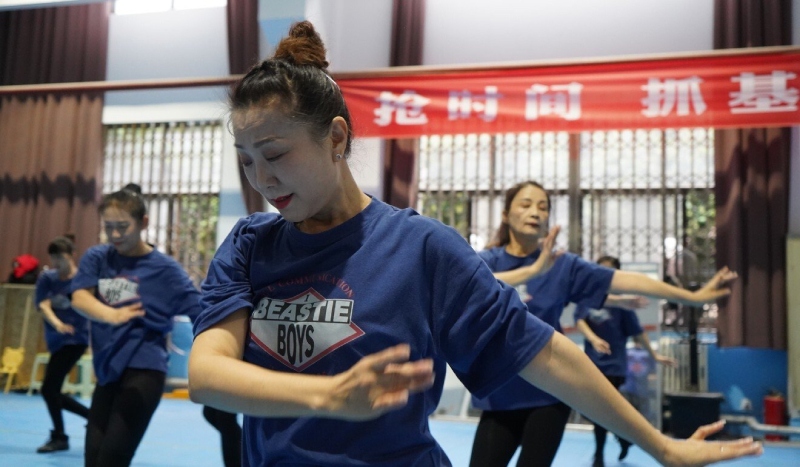 That being said, like any group of people, there are also disputes, and the collapse of a square dancing group is not uncommon.

Mi relayed the story of a square dancing group that fell apart, thanks in part to social media.

"The videos the lead dancer uploaded to a short video app received very little attention, mainly reflected by the small number of likes and comments. She was very unhappy and dissatisfied with the team members, so the square dance team was dissolved."

Despite moments of tension, the value of these groups can be immense, especially as a counter to loneliness in old age.

Andy Boreham, a Shanghai-based journalist who is working on a documentary about the damas, said: "When we retire, and the kids leave home, there often isn't that much left to do. The women I've talked with about square dancing can talk endlessly about the connection and sense of belonging they get when they join a dance troupe."

Mi said another reason the women dance is that it is a way for them to express their feminine beauty.

"In my opinion, square dance is a reproduction of beauty. More and more women show their beauty by dancing square dance, and the emergence of short videos gives them an opportunity," she said.

A brief history of damas 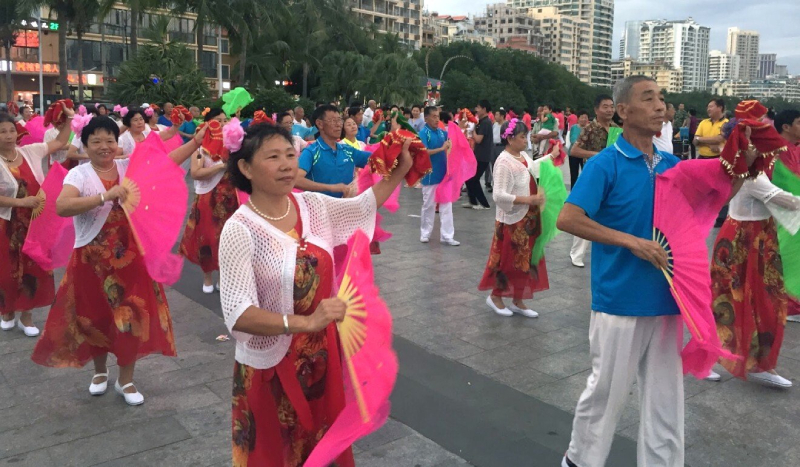 Most histories of collective public square dancing, called Guang Chang Wu in Chinese, point to the mass urbanisation and building boom of the 1990s as the origins of the activity.

While instances of public dancing were common before China opened up to the world, the public squares themselves did not exist on a large scale, according to an essay published in MIT Press in 2016.

The authors Seetoo Chiayi and Zou Haoping wrote: "While the first public park had opened in the late 19th century, these newly built or renovated squares provided additional space for the dancers who had been performing cha-cha, ballroom, and yangge (a more traditional dance) in groups in city parks."

Some historians draw links between square dancing and the Cultural Revolution (1966-1976), arguing that the push toward collectivism during the women's youth left a lasting impact and made women more likely to seek out a group activity.

There are examples of troupes that hearken back to that time, the most famous being the Nanguan Art Troupe, who dress in Mao-era garb and play "red songs."

However, the political troupes are the exception that proves the rule, and most square dancing troupes are made up of women who happen to live near each other.

The transformational moment for modern square dancing was the 2008 Beijing Olympics, when officials called on the Chinese public to get out and exercise ahead of the Games.

"When China was hosting the Olympics, the trend was to encourage people to participate in physical education every day. At that time, dancing, tai-chi, or activities on the square was seen as an economical form of exercise because you do not need specific equipment," said Yu.

"Dancing on the public square, especially for women, became a more economical and convenient way for them to exercise," she said.

Those Olympics got the proverbial snowball rolling, and the phenomenon took off in the 2010s.

Tensions, technology and the future

As the activity gained popularity, it created tensions that, to a certain extent, still exist today.

People often complain that the songs are loud, and there have been occasions when troupes overstepped their bounds — such as a story of a turf war with basketball players that escalated to a point where the dancing group took over the court.

This month, a 'stun gun' that claimed to be able to sabotage the women's speakers went viral on Taobao.

Boreham, the journalist, was sceptical that it worked but said, "just the fact that such a product went viral here on the mainland suggests that the noise created from these dancing grannies is still very much an issue."

A recent survey published in 2019 in the International Journal of Environmental Research and Public Health suggests the problem may be more of perception than a reality.

Researchers Jieling Xiao and Andrew Hilton found that between 63.6 per cent and 78.4 per cent of respondents had a positive view of the damas, based on different locations. Furthermore, the subsequent most common reaction to the music was "no opinion."

The survey also found that most respondents said public squares and parks were the most appropriate places for the women to dance.

And for those who remain annoyed by the music, technology may be on the way to save the day. Boreham said dancing troupes are experimenting with Bluetooth headphones and speakers designed to limit sounds at certain angles.

"I think the future will bring more technology aimed at reducing noise pollution from dancing grannies, because that is really the most pressing issue in my opinion," he said.

The dancer from Chongqing was a bit more dismissive of the suggestion that there was a problem at all: "I think it's nonsense that they are saying it bothers others, we have fixed time slots, like 7pm to 8pm or 6pm to 7.30pm," she said.

"In terms of whether this phenomenon will last, that is an open question. Perhaps younger women who disagree with dancing nanas today will change their tune as they reach retirement age and carry it on. If not, maybe it will disappear when these nanas do. I'll be keeping an eye on it, that is for sure," said Boreham.