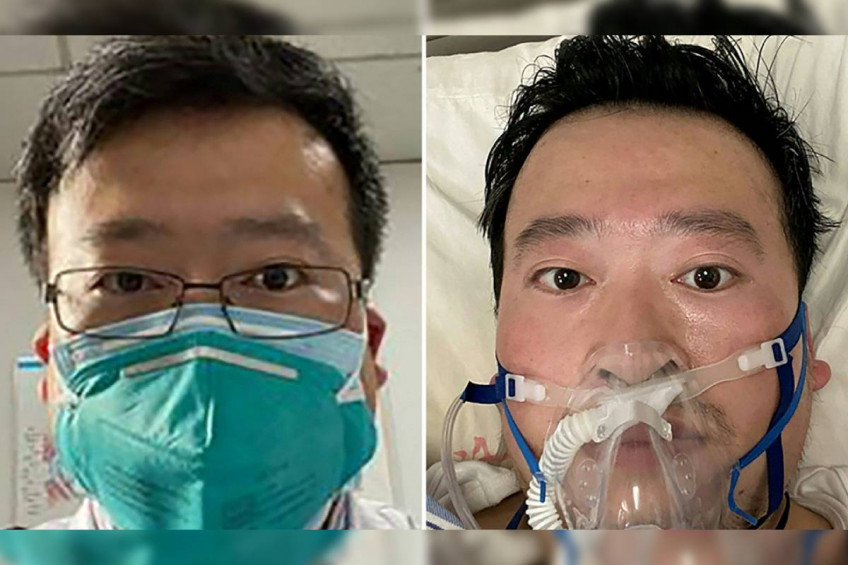 A group of Chinese academics have published an open letter urging the government to protect free speech and apologise for the death of Li Wenliang, the doctor who lost his life to the coronavirus just weeks after being reprimanded by the police for trying to warn people about it.

Tang Yiming, the head of the school of Chinese classics at Central China Normal University in Wuhan - the city at the centre of the outbreak - said he and his fellow signatories spent a day discussing the content of the letter.

"The key point is freedom of speech, rights guaranteed by the constitution," he said.

"If the words of Dr Li had not been treated as rumours, if every citizen was allowed to practise their right to voice the truth, we would not be in such a mess, we would not have a national catastrophe with an international impact."

Although it was not addressed to anyone in particular, the letter was widely shared on social media.

It criticised the way Li and seven others were treated when they tried to alert people to the dangers posed by the virus, saying their constitutional rights had been violated.

The signatories also asked the government to admit it had made a mistake, withdraw the allegations made against the whistle-blowers, publicly apologise to them and name Li a martyr.

Quoting the constitution, the letter said: "Citizens of the People's Republic of China enjoy the freedom of speech, of the press, of assembly, of association, of procession and of demonstration.

Before his death, Li worked as an ophthalmologist at Wuhan Central Hospital. The 34-year-old was married with a five-year-old son and his wife was expecting their second child.

On December 30, he sent a WeChat message to his former medical school classmates, titled "Seven cases of severe acute respiratory syndrome (Sars) from the Huanan Seafood Wholesale Market", in which he warned of an outbreak of unknown pneumonia at his hospital.

A screenshot of the post was leaked and circulated online the next day. On Jan 1, the local health authority made an official announcement saying that 27 cases of viral pneumonia of unknown cause had been detected, while Wuhan police said they had punished eight people for "spreading rumours".

Li's death was met with shock and anger in China. With almost 35,000 people confirmed cases and more than 720 deaths, questions are now being asked as to why Li's warning was not taken seriously.

"The outbreak of the novel coronavirus is not a natural, but a man-made disaster. We should learn from Li Wenliang's death," Tang said.

"As senior intellectuals and academics, if we don't say something, we will feel ashamed for our consciences and erudition, sorry for the people," he said.

"We all should reflect on ourselves. And the officials even more should rue their mistakes."

After initially contradicting state media reports about Li's health condition, Wuhan Central Hospital on Friday announced his death. The news was met with a torrent of comments on Weibo, China's Twitter-like platform.

Zhang Qianfan, a law professor from Peking University in Beijing, called for the government to establish February 6 as "Freedom of Speech Day" and abolish the provisions within the penal law that seek to stifle it.

"We cannot let Li Wenliang die in vain," he said. "His death shouldn't frighten us, but encourage us to speak out.

"If more people remain silent out of fear, death will come faster. Everyone should say no to the regime cracking down on freedom of speech."

Wuhan viruscoronaviruschinafree speechOutbreaks and EpidemicsWhistleblowerscoronavirus
Share this article
This website is best viewed using the latest versions of web browsers.