An elite business school created by Jack Ma, the founder of Chinese e-commerce giant Alibaba Group Holding, has quietly dropped all online references to “university” in a sign that the sought-after school may be adopting a lower profile.

The official Hupan website was also updated with the new name, while its official account on WeChat, the social media platform run by Tencent Holdings, was changed from Hupan University to simply Hupan on Monday (May 17).

Meanwhile, a video clip of a worker erasing the Chinese characters for “university” on a stone at the Hupan campus went viral across Chinese social media platforms on Monday.

Hupan means Lakeside in Chinese, a reference to its location near the West Lake in the Zhejiang provincial capital of Hangzhou, where Alibaba is based. 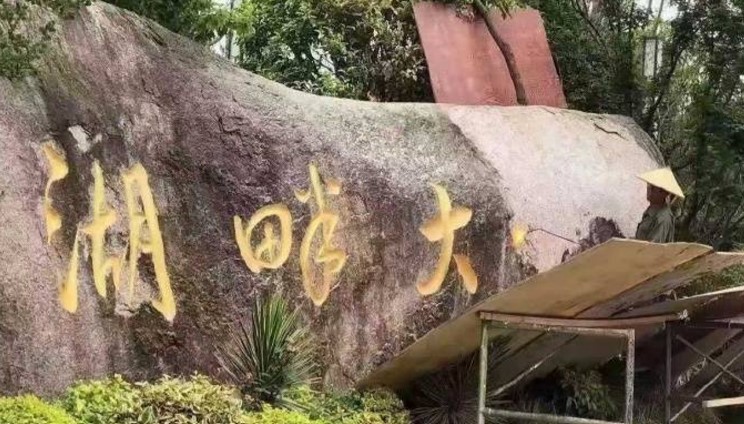 Hupan did not immediately reply to a request for comment.

Although Hupan was never officially licensed as a school by China’s Ministry of Education, the influence of Ma and his associates made it a magnet for the country’s would-be business leaders.

At the school’s fifth anniversary in October 2020, Ma said it had received 11,788 applications over five years but only admitted 254 people – a ratio that made Hupan University harder to enter than the business schools at elite American institutions like Harvard and Stanford.

It set high thresholds for applicants, with eligible students needing at least three years of entrepreneurial experience, including a position at a company with at least 30 full-time employees and 30 million yuan (S$6 million) of annual revenues.

However, Hupan University generated its fair share of controversy in the past. Critics called it less of a school and more of a social club centred around its charismatic founder Ma.

According to the Hupan website, Ma once said he hoped to train up to 3,000 entrepreneurs in China within the next 30 years. Ma, known for his brash statements, also said the school would last for 300 years.

Less than seven years later, the school’s fate is now uncertain after the name change and the suspension of new intakes. Ma, the central figure for the school, has largely remained out of public view since his controversial speech at a Shanghai financial forum late last year.

Separately, Alibaba, which owns the South China Morning Post, became the first China Big Tech company to be probed and slapped with a fine by China’s antitrust regulators.

For the most recent quarter, the company reported its first loss since listing in 2014 after it paid a record US$2.8 billion (S$3.7 billion) fine to the Chinese government.

The last message on Hupan’s Weibo account, posted on Sunday afternoon, quoted former Chinese statesman Zeng Guofan, a 19th century general for the Qing dynasty. It reads: “Don’t compete where everyone else is trying to win and don’t try things where profits are guaranteed.”

chinaJack MaAlibabaEducation and Schools
Share this article
This website is best viewed using the latest versions of web browsers.