A fund supporting Hong Kong’s anti-government movement will close in October after distributing more than HK$243 million (S$42.5 million) to protesters facing criminal prosecution or financial hardship as a result of the 2019 unrest, according to its trustees.

They said winding down the 612 Humanitarian Relief Fund was unavoidable once they had been notified of a separate decision to fold the Alliance for True Democracy, which provided its bank account to trustees for holding donations.

“It is impossible for the fund to open its own bank account, or ask the other organisations to provide us their account, under the current political environment,” barrister Margaret Ng Ngoi-yee, one of the fund’s trustees, said on Wednesday (Aug 18).

“We truly appreciate the help from the alliance in the past. As we hold similar beliefs, we did not ask the alliance for their reason to disband.”

In a separate statement on Wednesday, the alliance said it would not make any further comment.

The planned dissolution of both the alliance and the 612 fund follows the same action taken last week by the pro-opposition Professional Teachers’ Union, and the Civil Human Rights Front, an umbrella group which organised the city’s largest marches during the 2019 social unrest.

The alliance was formed in 2013 by about 10 opposition groups, including the Democratic, Civic and Labour parties, to campaign for a popular vote in the city’s leadership race in 2017. It has kept a low profile since lawmakers voted down a Beijing-decreed package of political reform in June 2015.

'We have always known'

After Wednesday, the fund will no longer accept new applications for support such as bail loans and emergency financial relief. Online and bank donations will cease on Sept 21 and Sept 27, respectively.

“We have always known that there may come a day when against our wishes the fund will cease operation – and the day has come,” Ng said.

“[We] have come to realise that the decision will not be reversed. We must accept that we have to cease operations.”

She said there were only three recognised scenarios that would lead to the fund ceasing operations – donations drying up, frozen assets or no longer having a current bank account to use.

Even with the closure, Ng said the fund would need a final donations push to raise HK$25 million to cover expenses totalling HK$30 million. The fund’s available balance as of Tuesday was HK$5 million, Ng revealed.

Trustees plan to stop using the alliance’s account by Sept 28, or earlier once the donation goal is achieved. The winding-up procedure will start after Sept 29 with the secretariat office officially disbanding on Oct 31, which marks the last day of the fund’s operation.

Personal information and records will be destroyed except where tax laws require them to be retained. Loans for bail and legal aid repaid after operations cease have been advised to be donated to charity.

Ng said she hoped that supporters of the fund would understand the reasons for closure.

“We hope our plan and schedule will have their understanding and support ... It is already a remarkable achievement for Hong Kong civil society that we have come this far,” Ng said.

“Even without the 612 relief fund, there are many others in this community providing help and support, albeit in different forms ... We will refer the cases of those who are in need to relevant organisations. We do not need to be disappointed.”

Former chief executive Leung Chun-ying, who has been critical of the fund, again questioned its legality on Wednesday, accusing trustees of failing to register with the government despite processing large donations.

“Why didn’t it register as a juridical person to carry out this ‘mighty’ task? Why didn’t it set up its own bank account?” he wrote on Facebook.

At a press conference to launch a booklet on the global trend of radicalisation, Leung said certain recently folded groups had acted as catalysts for radical behaviour and should face consequences.

Speaking on the sidelines of a Legislative Council meeting, Secretary for Security Chris Tang Ping-keung on Wednesday declined to comment on whether police were investigating the 612 relief fund, but issued a legal warning.

“To any groups or organisations which have broken the law: even if they announce they are disbanding, their criminal behaviour cannot be written off and we will do our best to investigate them,” he said.

'We have been extremely cautious' 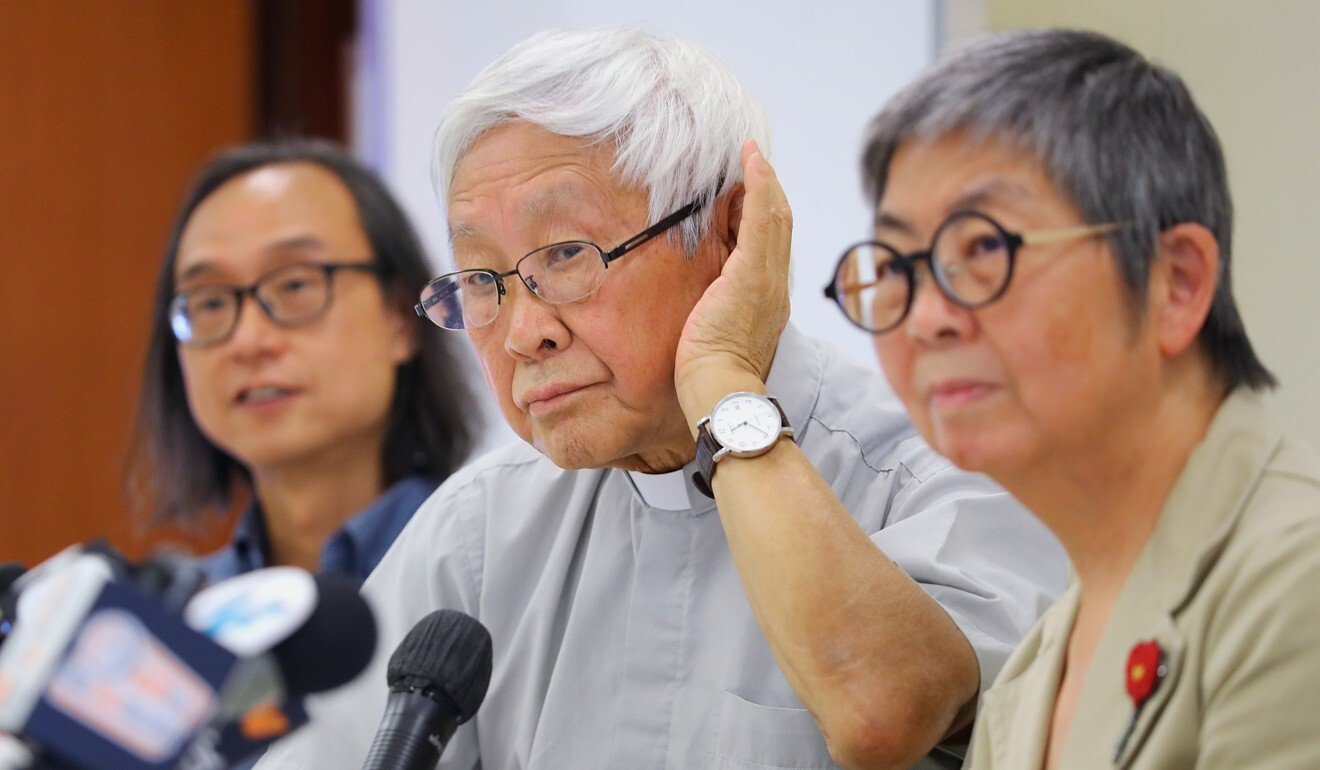 Responding to Tang’s statement, Ng said the bank had been cautious about the flow of money into the fund’s account. She reiterated that the fund had always operated legally.

“We have been extremely cautious. We also constantly seek advice from barristers,” Ng said. “We cannot be too afraid.”

Originally named the Anti-Extradition Protest Trust, the fund was officially registered and launched in July 2019 to support protesters’ legal and medical expenses.

The “612” part of its current name is a reference to clashes between police and protesters outside the Legco complex on June 12, 2019, a day marking the first major clashes that launched that year’s social unrest.

According to the fund’s latest report, its income stood at HK$259 million, as of last month, with HK$254 million coming from donations.

It gave HK$234 million to those in need, with HK$121 million spent on legal fees, over HK$9 million on supplies for people remanded on bail or in custody, and HK$6 million on medical expenses and psychological counselling services.

Some HK$9 million was listed as being spent on various projects, while another HK$10 million was for operating expenses.

As of May, 947 court cases it supported had been concluded, with 1,274 pending, according to its annual report. Around 2,554 people had been making monthly donations to the fund.

Cardinal Joseph Zen Ze-kiun, and singer Denise Ho Wan-sze are among the trustees.

The fund’s fate has been hanging in the balance since the end of 2019, when police arrested four people who ran the Spark Alliance – another major crowdfunding platform set up after the 2016 Mong Kok riot to help arrested or jailed activists – and froze about HK$70 million in its account.