Hong Kong’s leader has defended her decision not to wear a mask at press conferences amid a worrying Omicron outbreak, saying her goal in shedding the face covering was to let residents “feel her emotions”.

Carrie Lam Cheng Yuet Ngor said her choice to stop wearing masks during Legislative Council meetings and press conferences – which had sparked angry comments online – was not “incidental”, but instead “well-thought-out behaviour of the chief executive”.

“Now, I am very sombre, because I am very worried,” she added, arguing a mask would not allow the public “to see for themselves” what she was feeling.

“I am the chief executive of the special administrative region; people need to understand and feel my feelings.”

Lam, who has removed her mask every time she speaks to the press at government headquarters of late, explained the move was not done out of discomfort.

“I want the people of Hong Kong to understand exactly the situation that Hong Kong is in, and put in their effort to support this important fight against Omicron,” she said. “This is nothing personal, this is really performing my duty as the chief executive.”

Lam’s defence came after microbiologist Professor Yuen Kwok Yung said it was not ideal for people to forgo masks amid the outbreak of the highly transmissible Omicron variant, and that experts and leaders should set an example. 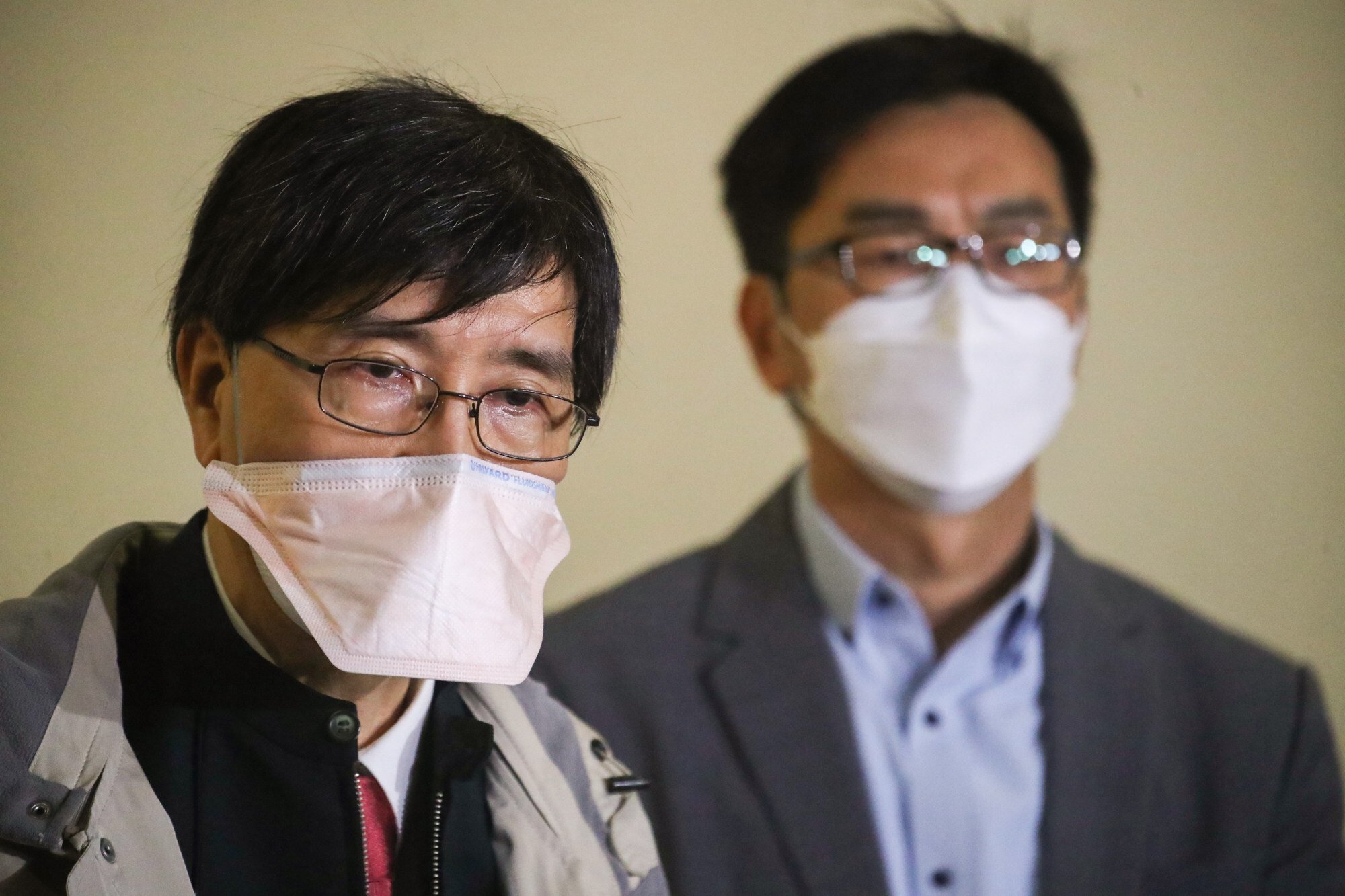 Yuen has even advised residents to wear two masks to increase their efficacy in shutting out the virus.

Yuen said on Tuesday that he preferred not to comment further on the matter.

Hong Kong’s ongoing Omicron outbreak has taken off recently, with the city at one point confirming more than 100 cases in a single day – the most in 18 months.