Thirty-seven pedigree kittens and puppies were confiscated on Friday along with HK$4.1 million (S$712,500) worth of bull penis and deer tails in a Hong Kong anti-smuggling operation, the year’s first major contraband seizure.

The 30 cats and seven dogs were smuggled into the city from Shekou by speedboat, according to local officials, who also found 48 boxes of frozen bull penis and deer tails bound for mainland China, where it is prized for its supposed health properties – during the joint police and customs operation.

Police said they believed the smugglers planned to sell the animals to pet shops in the city, with the cats fetching as much as HK$20,000 each locally.

“The animals are all expensive breeds. The breeds of the kittens include ragdoll and British shorthair, and the puppies include pugs,” a law enforcement source said.

The consignment, smuggled in aboard a speedboat, was found at the Ha Pak Lai coastal area in Yuen Long at about 3am on Friday. After the boat landed, the cages carrying the pets were brought ashore, at which point a delivery van drove up.

As three porters were unloading boxes of goods from the vehicle, officers moved in. The trio then jumped onto the boat, along with the two smugglers already aboard, and sped off towards Shekou. A speedboat takes less than three minutes to get from the site to the maritime boundary between Hong Kong and mainland China.

No arrests were made in the operation, and police said they have asked for help from mainland authorities in finding the smugglers.

Marine Police Senior Inspector Chan Chak-ming said the cats and dogs were kept in 12 plastic cages, with three to four pets in each.

He said the animals had no identification microchips, and were picked up by officers from the Agriculture, Fisheries and Conservation Department.

Law enforcers also seized 48 boxes of frozen animal penises and tails on the shore and in the delivery van. 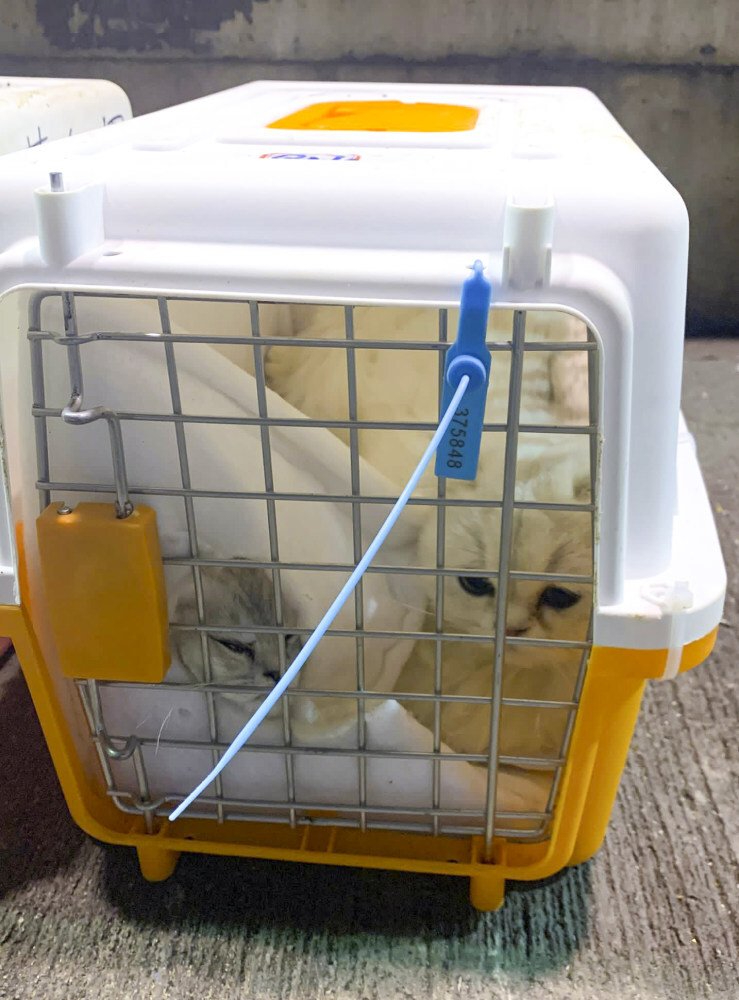 Lee Lam-wai, a senior inspector of customs’ marine enforcement group, said 460kg of bull penis and 325kg of deer tails were recovered, with the haul valued at HK$4.1 million.

She said the products were subject to mainland import tariffs of up to 80 per cent of their value, adding that customs officers were investigating the source of the contraband.

Lee said winter brought high demand for such products on the mainland, with criminals smuggling them across the border in an attempt to evade tariffs and import restrictions.

“Chinese people believe eating such products is good for their health,” the law enforcement source said, adding that the goods could also be used in Chinese medicine.

Friday’s bust was the second seizure of pedigree pets in the Ha Pak Lai coastal area in the past three weeks. On Dec 15, a policeman drew his gun but failed to stop a suspected pet smuggler from fleeing in a delivery van during an operation in which officers confiscated 52 kittens and puppies.

The 52 animals, all expensive breeds, were found inside 18 cages in the back of another delivery van at the scene.

In Hong Kong, importing or exporting unmanifested cargo is punishable by up to seven years in jail and a HK$2 million fine.

The bust was just the latest in the city’s ongoing crackdown on maritime smugglers, who are responsible for ferrying huge amounts of luxury goods, frozen meat, lobsters, electronic gadgets and more back and forth across the border.

Last year, local authorities seized about HK$2.2 billion worth of contraband products from the illegal maritime trade between the city and the mainland. That was triple the HK$712 million in contraband confiscated in 2020.