During a rare opportunity to interact with mainland Chinese astronauts in space through a live video lecture on Thursday (Dec 9), 15-year-old student Men Ruihan in Hong Kong asked whether water in space could be recycled.

Astronaut Wang Yaping said the crew had a complete water recycling system while in orbit and demonstrated how to drink the liquid by releasing floating water balls in gravity-free space.

Men was among the hundreds of pupils from Hong Kong, Macau and various mainland regions such as Guangxi and Sichuan to attend the lecture on Thursday, peppering the astronauts from the Shenzhou 13 crew with questions about living conditions in space.

The team flew off on Oct 15 from the Jiuquan Satellite Launch Centre and are spending six months on the station conducting scientific research.

During the hour-long lecture that was broadcast live by state media, Wang also performed a variety of water experiments, including placing an origami flower creation she and her daughter had made into a floating water ball. In gravity-free space, the flower expanded and “bloomed” in the water.

“We have achieved how a flower blooms in space, this is very beautiful. Seeing this flower reminds me of my daughter,” said Wang, the country’s first female spacewalker.

The astronauts also showed how they conducted microbiological cells research in space and performed gravity-free exercises to keep fit while away from Earth.

About 300 primary and secondary school students took part in the lecture delivered to Pui Kiu College in Tai Wai.

“I’m honoured to have this chance to directly talk to them. Their answers are very good and even [helped increase my knowledge of other areas in this field]. It really fulfilled our expectations,” said Men, a Form Four student who is originally from the mainland. 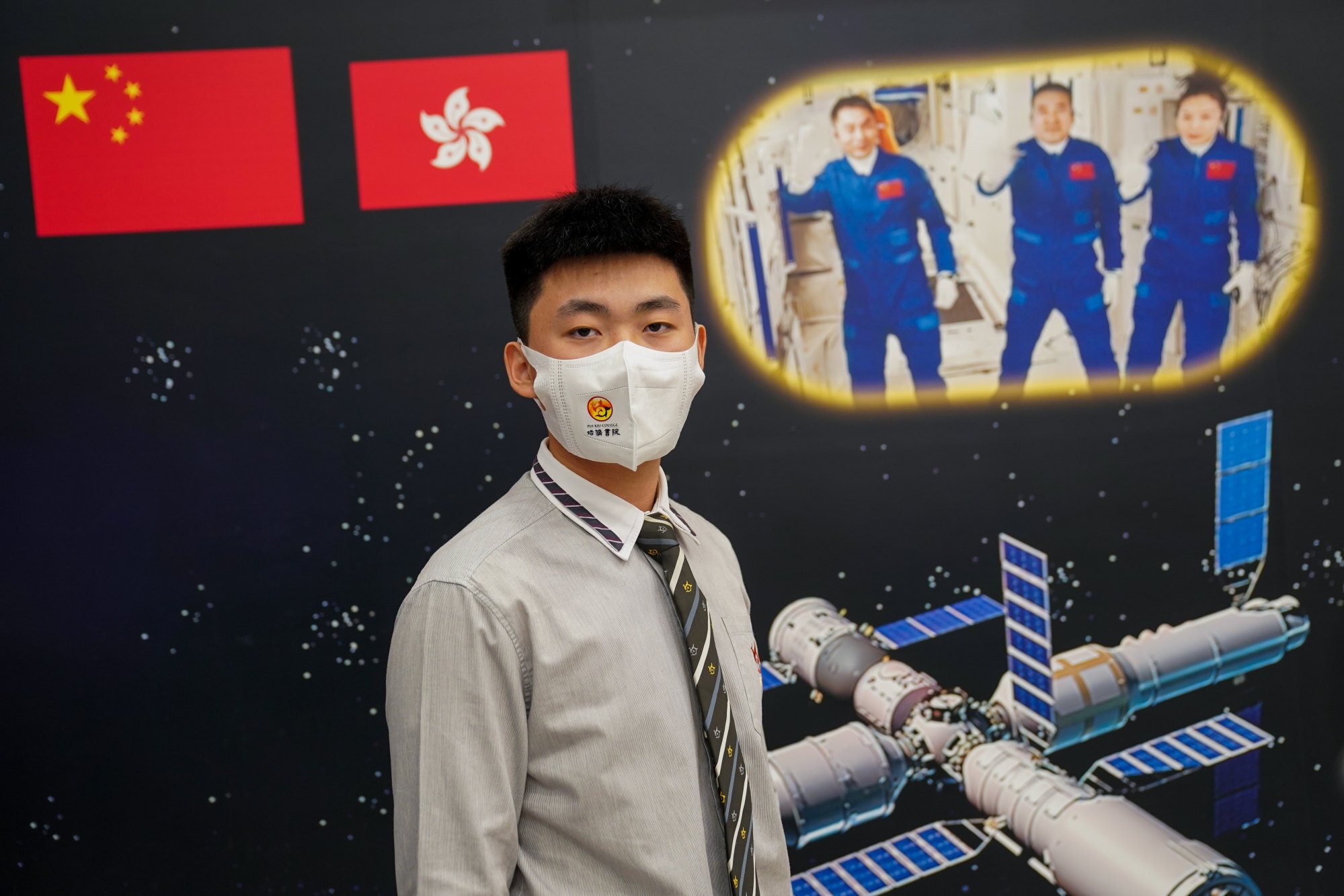 “I’m thankful to those who are on the front line of this field. I believe Hong Kong students should gain more of such knowledge and contribute to the nation’s development in the future,” he added.

The experiments were an eye-opener for Primary Six pupil Pella Cheng Tsz Wai, who said she hoped space tourism could become mainstream in the future.

“I hope [the astronauts] … can complete their mission smoothly before coming back to Earth,” the 11-year-old added. 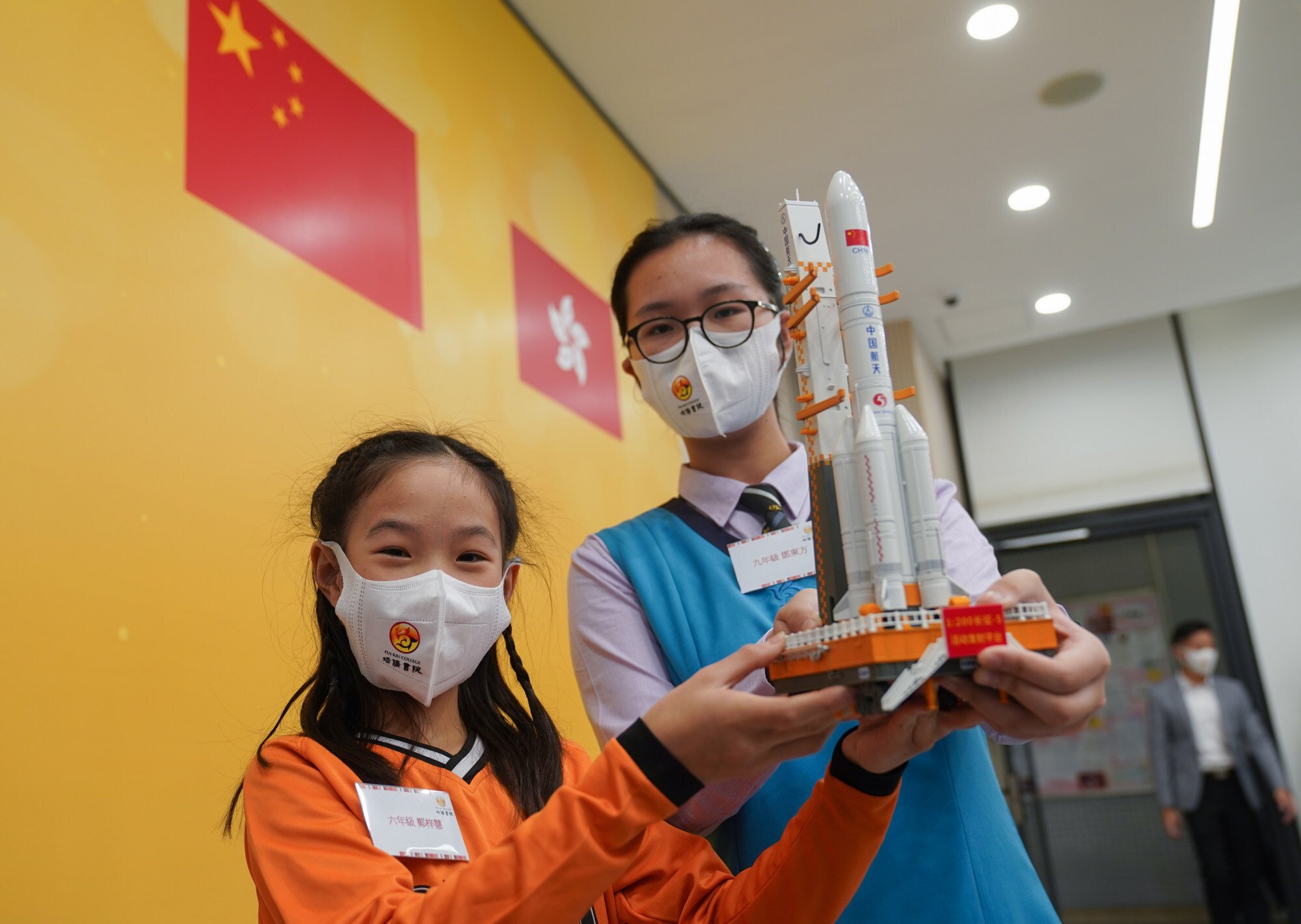 Esta Deng Tung Fong, a 14-year-old Form Three student, said the lecture had sparked her interest in astronomy as they went beyond what she had learned in class.

The space lesson was a rare opportunity for pupils to enhance their knowledge in the STEM field and allow them to feel proud as Chinese citizens, principal Wu Yuk Chi said.

Earlier in September, Hong Kong students also had the opportunity to chat with astronauts Nie Haisheng, Liu Boming and Tang Hongbo through an 80-minute seminar.