In China's live-streaming hub, a celebrity tax crackdown has put an entire industry on edge From the outside, the five buildings that make up the Ali Centre industrial park in Hangzhou, capital of China’s eastern Zhejiang province, look similar and are simply named building No 1 through No 5. Occupying 10 floors of the first tower was the headquarters of China’s most successful live streaming star – until now.

Viya , the top performer when it comes to China’s livestreaming e-commerce, represented a dream of what could be achieved by those pursuing a career in China’s quickly changing online retail landscape. At the age of 36, Huang Wei, aka Viya, became the goddess of China’s live-streaming business, demonstrating an ability to sell in a single day what a Chinese department store chain would take a year to do.

However, Viya’s spectacular rise to fame came to an abrupt halt two weeks ago after the local taxation bureau found her liable for a tax fine and back payment of 1.34 billion yuan (S$286 million). Overnight, Viya’s online presence – built up over a number of years – was erased in a sign of the harsh punishment imposed for the alleged tax evasion.

When the Post visited Viya’s Hangzhou compound, the mention of her name was enough to turn people away, even though the lights were still on and delivery men were carting in food packs for employees.

The Post approached more than a dozen people outside Viya’s company in December, and almost none were willing to take questions about the woman who was once the most famous person in the park.

Two people, who said they work in the same park but not for Viya’s company, said the lights in her office were still on at night, but it was much quieter than before.

That was not how things operated before the tax scandal, when Viya would live-stream until late into the night, the time when online shoppers were most active. The tax fine signals a new push by Beijing to beef up tax collection by plugging loopholes, leaving an air of uncertainty over an industry where tax payments were infamously irregular.

It is hard to estimate how many people in China emulated Viya by selling goods via live-streaming sessions, but a report published by a branch of the China Association of Performing Arts in May 2021 said there were over 130 million live-streaming accounts across 23 internet platforms by the end of 2020. There were no figures on how many of those were engaged in dai huo , or selling goods and services.

A report released by research firm iResearch in September found that China’s live-streaming e-commerce market tripled in value from 2019 to more than 1.2 trillion yuan (US$188 billion) in 2020, with at least 1.23 million “professional” live-streaming hosts and aides, compared with fewer than a quarter of a million the year before.

Prior to 2019, the business model barely existed, and Viya’s first live-streaming show was only in 2016.

For a while, it was seen as one of the most exciting new business opportunities in China – and still attracts literally millions of wannabes – mostly young boys and girls – who take training courses on how to perform well in front of a camera.

Li Chengdong, founder of Dolphin Think Tank in Beijing, said operating costs for live-streamers will be higher under the tighter tax enforcement. “It will affect their competitive [price] advantage,” Li said. “As a result, there will be a chain reaction … Taobao Live will be hit [by the crackdown].” 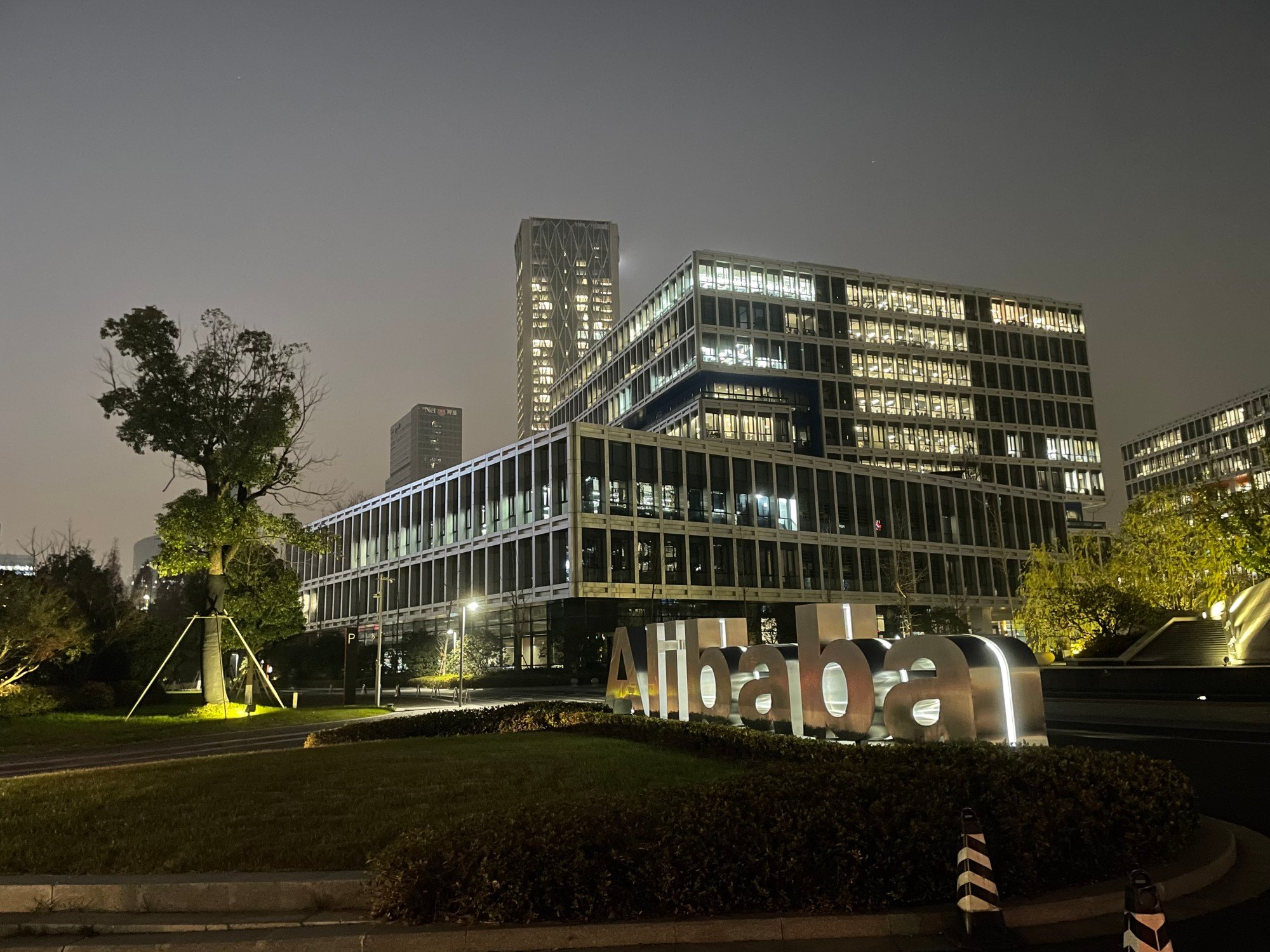 He added: “Many people watch Taobao Live because of Li Jiaqi and Viya … From a competitive point of view, the future pattern is that Douyin will win and Taobao Live will lose.”

Li Jiaqi is still active on Taobao Live, although in December he was singled out by a consumer rights group in Hangzhou for selling products that were incorrectly labelled.

Alibaba did not respond to a request for comment.

Viya and Li Jiaqi are not employed by Alibaba, rather, like other livestreaming celebrities, they are free to shift between different platforms.

When asked by analysts in a conference call last month about Taobao Live’s reliance on top influencers, Alibaba CEO Daniel Zhang Yong said: “We never do anything to balance the traffic or rebalance the traffic. I think we should keep the market open to the customers … it’s their option to select which one to follow and which one they are in favour of.”

Zhang pointed out that Taobao Live has a dynamic ecosystem where different types of live-streamers could participate at different levels.

Rival Douyin, the short video platform operated by TikTok parent company ByteDance, has its own roster of live-streaming stars that have helped it increase gross merchandise sales 7.9 times from January to August, compared with the same period in 2020.

One of Douyin’s popular influencers is Luo Yonghao, the founder of smartphone maker Smartisan, who moved his office to Hangzhou’s Binjiang district in February.

Before Viya was targeted by tax authorities, Zhu Chenhui, known as Cherie online, and Lin Shanshan – two other big influencers on Taobao – were also fined for alleged tax evasion. In both cases, their online presence was suspended indefinitely.

Zhu, who had around 15 million followers on China’s microblogging platform Weibo, is based in another industrial park near Viya’s office. On a recent visit, employees could be seen working inside, but the scale of the office, which occupies one floor of a building in a tech campus, is much smaller than Viya’s sprawling operation.

The punishment imposed on Viya triggered tax authorities across China to issue orders demanding that live-streaming hosts under their jurisdiction report unpaid taxes by the end of December or face severe punishment if caught.

The incident was eye-opening, not only because of the huge fine and Viya’s celebrity, but because tax avoidance is widely practised in the country – and not necessarily illegal – with provincial governments even tolerating “tax planning” measures such as establishing shell entities to take advantage of lower tax rates and tax holidays.

According to the tax authority in Hangzhou, Viya set up several sole proprietorships – a corporate unit owned by one person -to qualify for lower tax payments, a common tax avoidance strategy used in China’s entertainment and live-streaming industries. 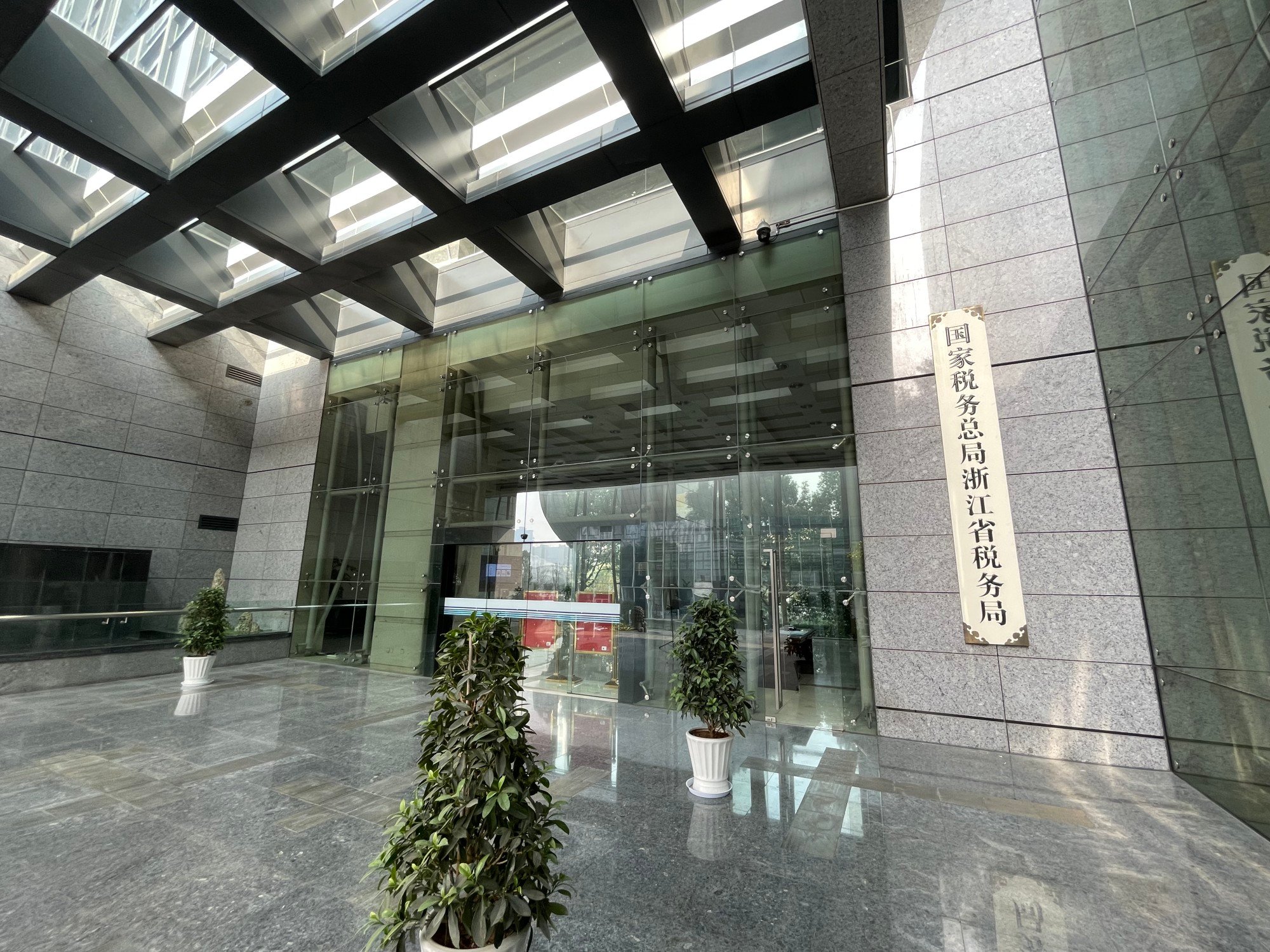 In many cases, taxation of sole proprietorships comes under China’s policy on assessment and levying of tax generated by business income – a policy originally designed for mom-and-pop shops – where accounting practices were poor and sales turnover was small. Companies or individuals often negotiated with the local tax bureau at the start of the fiscal year. However, it proved to be a big loophole for businesses like Viya, which rake in billions of yuan in revenues.

Local governments in less-developed areas of the country often lured such business vehicles with promises of low taxes. You Yunting, a senior partner at Shanghai DeBund Law Offices, said tax incentives offered by local governments have complicated the taxation situation.

The seven “management and consulting firms” were registered at a location that is a three-hour drive from downtown Shanghai, and are located in a neighbourhood where visitors would be hard pressed to find any restaurants. 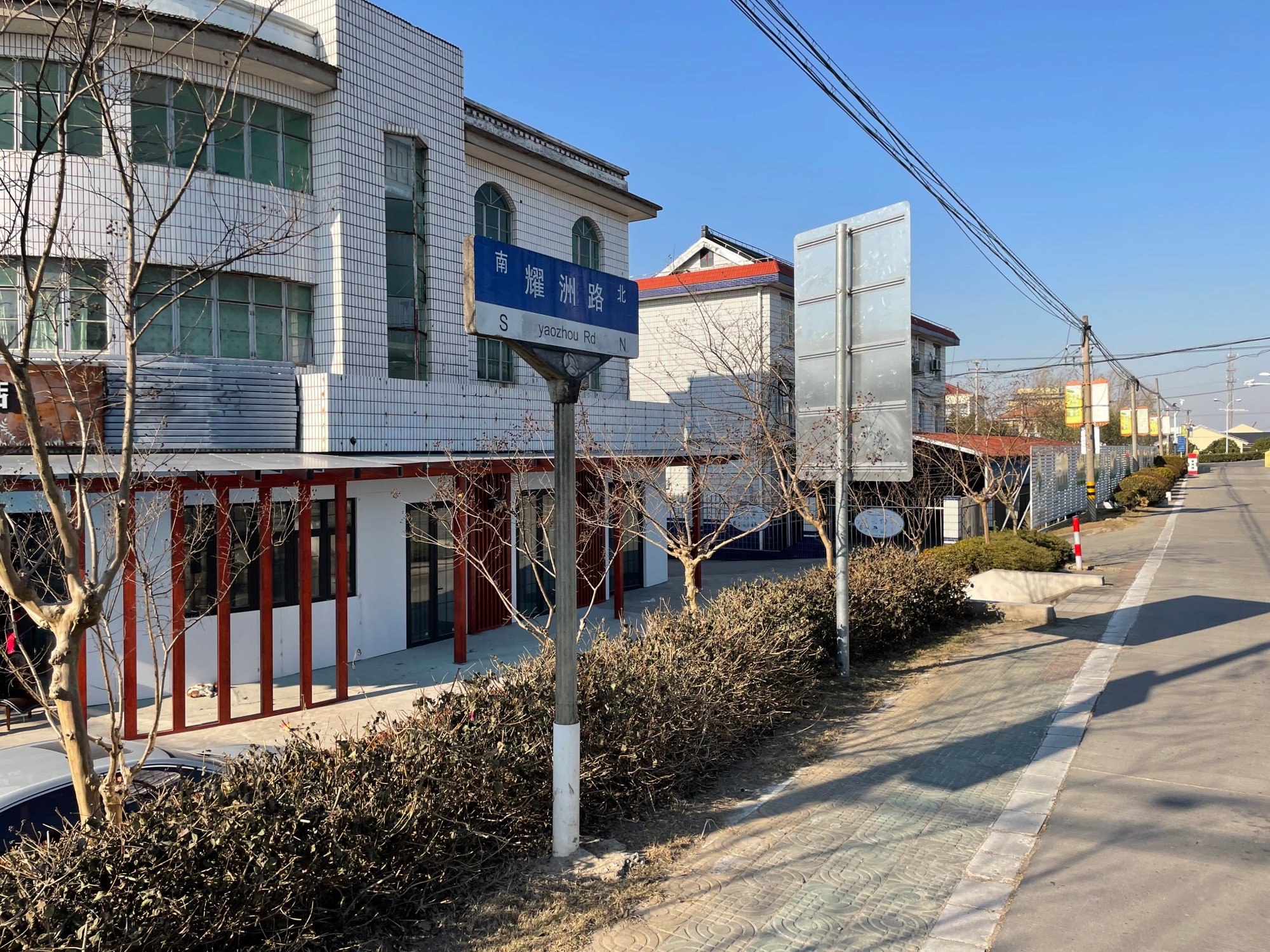 Several local residents approached by the Post even said they have no idea if the registered address even exists. One said it was not an uncommon practice to use ghost addresses to register shell companies.

“I have no doubt the industry is rife with problems of tax evasion,” said Elijah Whaley, former chief marketing officer of PARKLU, a Shanghai-based marketing platform for online influencers.

“There’s just a lot of cash in hand, cash on the table, funnelled in all sorts of ways,” he said. “This is very pervasive in the industry.”

It is unclear how the tax crackdown, coming after years of tolerance, will change the industry as live streamers are forced to open old accounting books and authorities demand due payments and issue fines.

Meanwhile, the livestreaming business is expected to keep growing as the crackdown will mainly affect top influencers like Viya, who employed more than 500 people, including over 300 in Hangzhou, according to an interview she conducted in 2020.

Beyond the industrial park where Viya’s office is located, there are dozens, if not hundreds, of similar live-streaming bases in Zhejiang, where popular and lesser-known hosts are trying to connect consumers with suppliers via online pitches that can include singing and dancing.

For the Chinese government, which is pushing a campaign of “common prosperity”, the extraordinary wealth accumulation by a select few has become a political hot potato. As a top influencer, Viya can charge 20 per cent or more as commission on everything she sells. Her 14-hour live-streaming session on October 20, which raked in sales of 8 billion yuan, means she could have pocketed over one billion yuan in commissions.

In contrast, 600 million people in the country still live on a monthly income of 1,000 yuan or less.

Viya also came from a grass-roots background, and has tried to align herself with the government’s priorities. In 2020, Viya was honoured with a national award for her efforts to combat poverty. She is also a member of the All-China Youth Federation, a state-backed association for outstanding youth, and a past recipient of the March 8 medal, a top honour for socialist women in China. 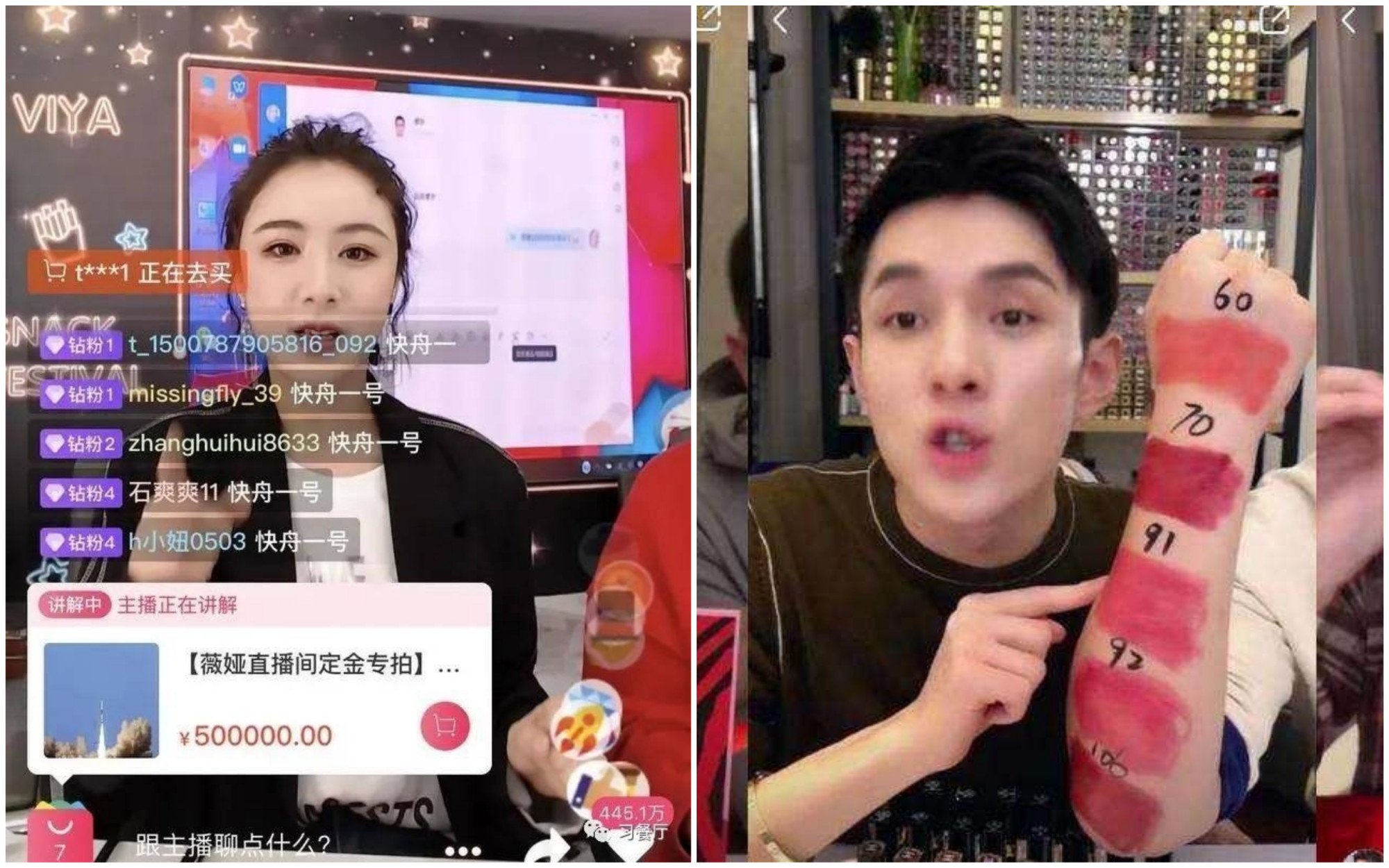 The awards, however, did not protect her from harsh criticism from Chinese state media after her tax evasion details were revealed. “Live-streaming online is not a field outside the law,” read the headline of a commentary penned by the Central Commission for Discipline Inspection, the top disciplinary watchdog of the ruling Communist Party.

Consumers and brands have taken notice. “Tax evasion is unacceptable and unforgivable to me,” Xiao Lin, a 21-year-old university student in northeastern China’s Dalian city and a fan of Li Jiaiqi, told the Post . “Even if [Viya and others] paid the outstanding taxes, they should not be allowed to go back to business.”

Separately, China’s cyberspace administration is implementing a strict screening system to keep celebrities with law-breaking records off the internet. Activities that can have top names banned include soliciting prostitution, smoking marijuana and avoiding paying taxes. China’s famous pianist Li Yundi was censured after he was accused by police of soliciting a sex worker in October.

Brands and merchants may also need to rethink their strategy of relying on influencers to generate sales. Michael Norris, research manager at Shanghai-based consultancy AgencyChina, said companies that have benefited from the boom in live-streaming need to find a “Plan B” in the wake of the Viya scandal.

“There’s some reflection on whether brand live streams should continue to be outsourced, or whether brands should invest in their own in-house streamers,” Norris said, adding that brands need to reassess the role live-streaming e-commerce plays in their sales and promotional mix.

While the dust has yet to settle for Viya – it is unclear if she will be able to pay the back taxes and fines, and be allowed to resume her online sales – analysts said the harsh punishment was designed to regulate, not kill, the business.

“How China deals with a lot of these things is, they make an example of the top people,” PARKLU’s Whaley said. “Cut the head off the snake, and typically everybody else just gets scared into doing it right.”

“They disappear for a while, pay their taxes, go through the whole process, and then they’re back eventually,” he said. “So I’m pretty confident we’d probably see Viya again in the future.”