Can Huawei reinvent itself as a successful car brand with its smartphone business still reeling from US trade sanctions? At its Smart Life showroom in downtown Shenzhen, Huawei Technologies Co displays everything from tablets to vacuum cleaners as it seeks to woo consumers in China’s southern tech hub.

But the most eye-catching offering from the Chinese technology giant is a navy blue sport-utility vehicle, the Aito M5, which Huawei launched last week in its latest bid to crack the country’s highly competitive electric vehicle (EV) market.

The Aito M5 comes equipped with Huawei’s proprietary operating system, HarmonyOS Smart Cockpit, and the vehicle was developed in a partnership with Chinese automotive brand Seres.

HarmonyOS currently runs on 220 million smart devices such as phones and watches. Smart Cockpit helps drivers and passengers control vehicle functions such as navigation and music seamlessly, much as they would use a Huawei smartphone.

Huawei needs some success as it struggles to find new revenue drivers after its once lucrative smartphone business was hobbled by US trade sanctions that have cut off its access to high-end chips.

Huawei will not have it easy in the EV market though, going up against the likes of Tesla, Xpeng and NIO, and traditional carmakers ranging from BYD to SAIC Motor, as well as rival tech giants with car ambitions of their own, such as Xiaomi and Baidu, analysts say.

The first vehicle to adopt Huawei’s in-car operating system, the Seres SF5, sold only 7,080 units by the end of November following an April launch, according to data from the China Passenger Car Association.

Meanwhile, the Alpha-S developed by Arcfoxcar and which uses Huawei’s HI automotive solution, sold only 2,100 vehicles since an April launch. In comparison, Tesla sold 52,859 vehicles in China in the month of November alone. Huawei HI is an intelligent automotive solution that includes cloud services. 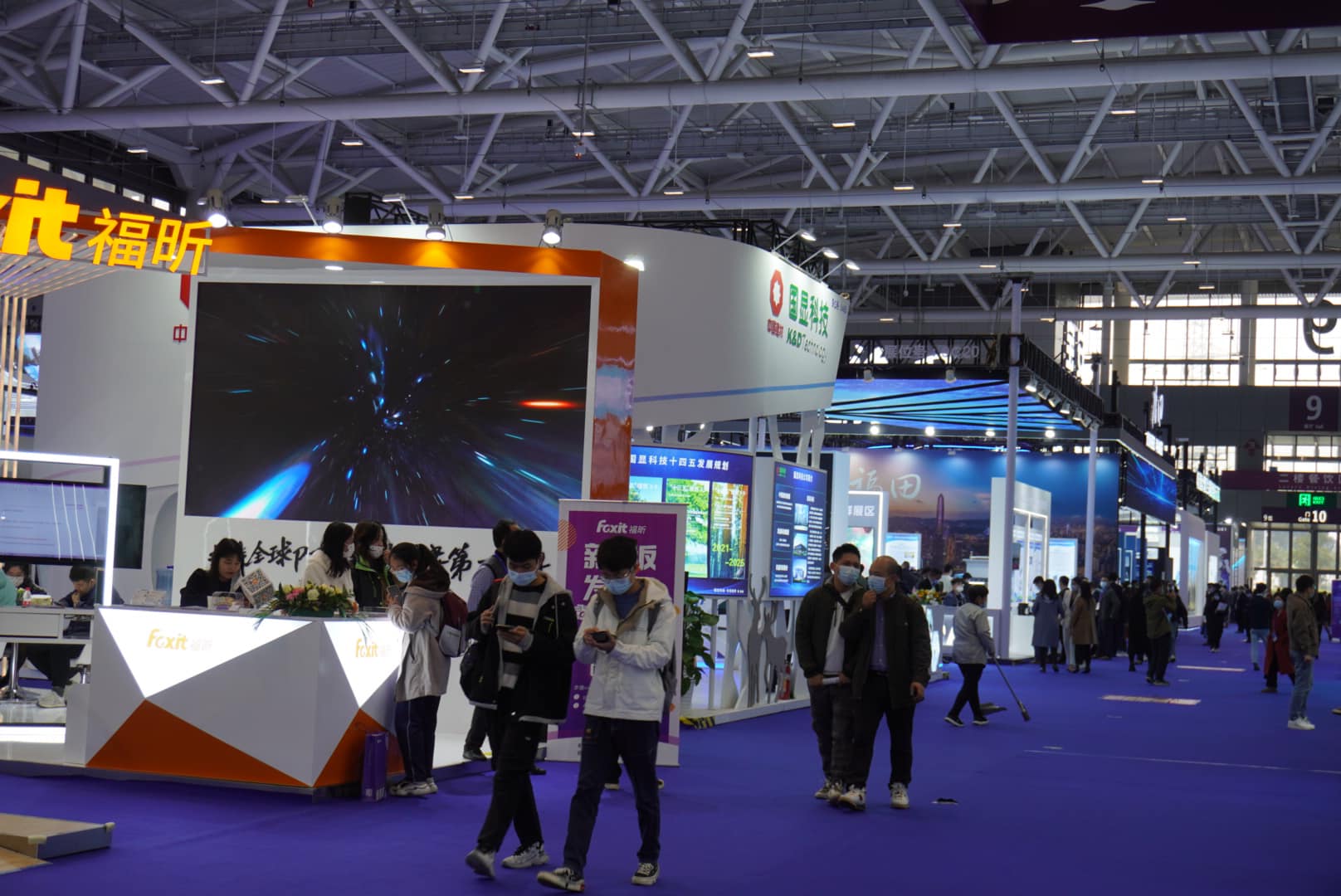 Although Huawei has repeatedly said it will not build its “own” vehicles, preferring to concentrate on in-car systems and components, vehicles like the Aito M5 use the Huawei brand as their biggest selling point.

There is no doubt that Huawei is in the driving seat. At a big launch ceremony for the Aito M5 last week, executive director and CEO of Huawei’s intelligent automotive solution business unit Richard Yu took to the stage much like Apple CEO Tim Cook when officiating at a product reveal, extolling the features of the new vehicle.

Compared to Huawei, which is a household name in China, the Chongqing carmaker is obscure, currently loss-making and had only a 1 per cent share of China’s car market last year, meaning that Seres cannot compare with Huawei when it comes to brand value.

At the launch, Yu stressed that the Aito M5 was designed by Huawei’s industrial design, software and user experience teams, including the audio system. With prices starting from 250,000 yuan (S$53,047), Yu said it delivers superior power and driving distance than Tesla’s Model Y.

These statistics are important because the Huawei name alone will not ensure the car is an instant hit. 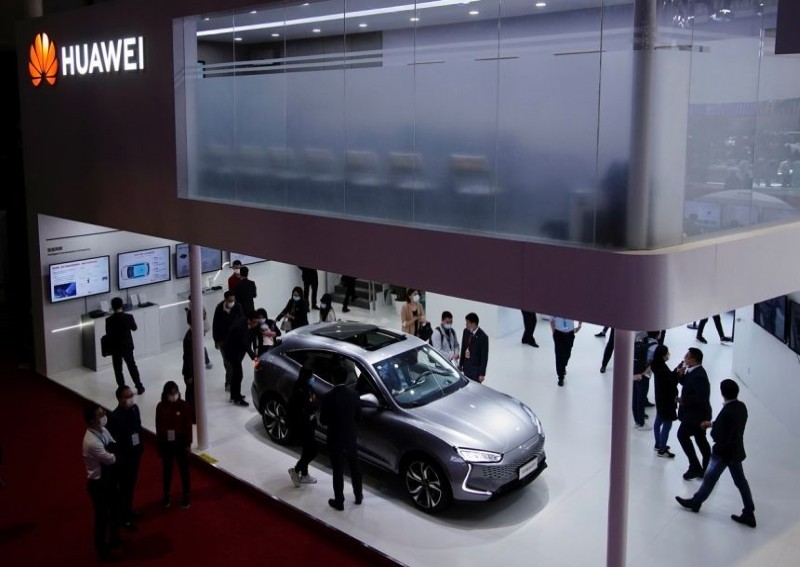 “Consumers are not convinced about Huawei’s abilities in cars,” said Zhang Xiang, an automobile industry researcher at the North China University of Technology (NCUT). “The company’s strengths lie in smartphones and 5G, and Huawei has not yet gained recognition from consumers when it comes to automobiles.”

Huawei, which began life as a telecoms equipment maker and is still one of the world’s biggest network equipment makers today, made a successful leap into Android smartphones in 2009 — turning itself into a serious global challenger to Samsung Electronics and Apple within a few years.

But after Washington put Huawei on the country’s Entity List in May 2019 over national security concerns, cutting off its access to advanced chips and software from the US, its smartphone business has struggled.

The Shenzhen-based company, which remains private and is under no obligation to publish its financial performance, said it expects to report a 29 per cent decline in total revenue to 634 billion yuan for 2021, forcing the company to seek new sources of revenue and profit.

Smart vehicles is one area that Huawei has chosen to pursue, partly because the chips used in car operating systems are not as advanced as those used in smartphones and not on the US blacklist, according to an August report by Reuters.

The huge potential of China’s smart car market is another draw.

Sales of new energy vehicles in China reached an all-time high of 450,000 units in November, rising 121 per cent year on year and up 17 per cent on October sales, according to data from the China Association of Automobile Manufacturers.

“China needs 30 million more cars each year and the number is growing,” said Huawei’s rotating chairman Eric Xu in April. “Even if we don’t target the market outside China, and if we can earn an average of 10,000 yuan from each car sold, the business is already good enough for us.”

However, there are already about 500 electric car makers jostling for the attention of Chinese consumers. Aside from brand value, some industry analysts — including NCUT’s Zhang — question whether the pricing and performance of the Aito M5 make it more compelling than competitors.

Instead of reaching a broad base of consumers via extensive dealership networks, Huawei vehicles are mainly sold via Huawei’s website and stores, meaning that the potential consumer base is basically limited to Huawei’s existing users.

Huawei has announced various cooperation deals with other carmakers such as BAIC Group, Chongqing Changan Automobile Co and Guangzhou Automobile Group Co, but major carmakers such as these will typically be cautious about giving up too much control over their models to a powerful partner like Huawei.

Yale Zhang, managing director of Shanghai-based Automotive Foresight, said the competition for future new energy vehicles is shifting to “intelligent driving systems”, the ‘brain’ of the car, meaning that major carmakers will be very cautious in handing this most important function over to outsiders like Huawei. Driving systems developed by deep-pocketed US tech giant Google and Chinese rival Baidu, for example, have been a hard sell to major carmakers.

However, Huawei’s pledged investment of US$1 billion this year for car component development makes it a big potential player. Meanwhile, rival smartphone maker Xiaomi has said it will invest U$10 billion over the next decade to make its own electric cars, while search engine Baidu has teamed up with Chinese carmaker Geely to pour 50 billion yuan of investment into Jidu Auto.

Back at the Shenzhen display room, the new SUV model appears popular with potential customers, who keep sales assistants busy with questions and test drive requests. One sales clerk told this SCMP reporter that the Aito M5 received 6,000 orders within 24 hours of launch, or more than the combined sales of the two previous Huawei OS-equipped vehicles over a period of months.

“The user experience is seamless if you already have a Huawei phone because the HarmonyOS will help you control the car smoothly like using a smartphone,” the sales clerk said, smiling brightly.