Will Indonesia's Bali be able to rival Singapore, Malaysia, Thailand in medical tourism? Indonesia’s largest tourist destination Bali has long been known for its scenic coasts, lush rice paddies and surf spots, but it will soon have another draw: medical check-ups and cancer treatments.

The government hopes the new state-run facility, which will be built in partnership with the US-based Mayo Clinic, will help Indonesia recoup 97 trillion rupiah (S$9 billion) in annual losses from wealthy Indonesians travelling to receive medical treatment in neighbouring countries such as Malaysia and Singapore due to a poor perception of local hospitals and doctors. 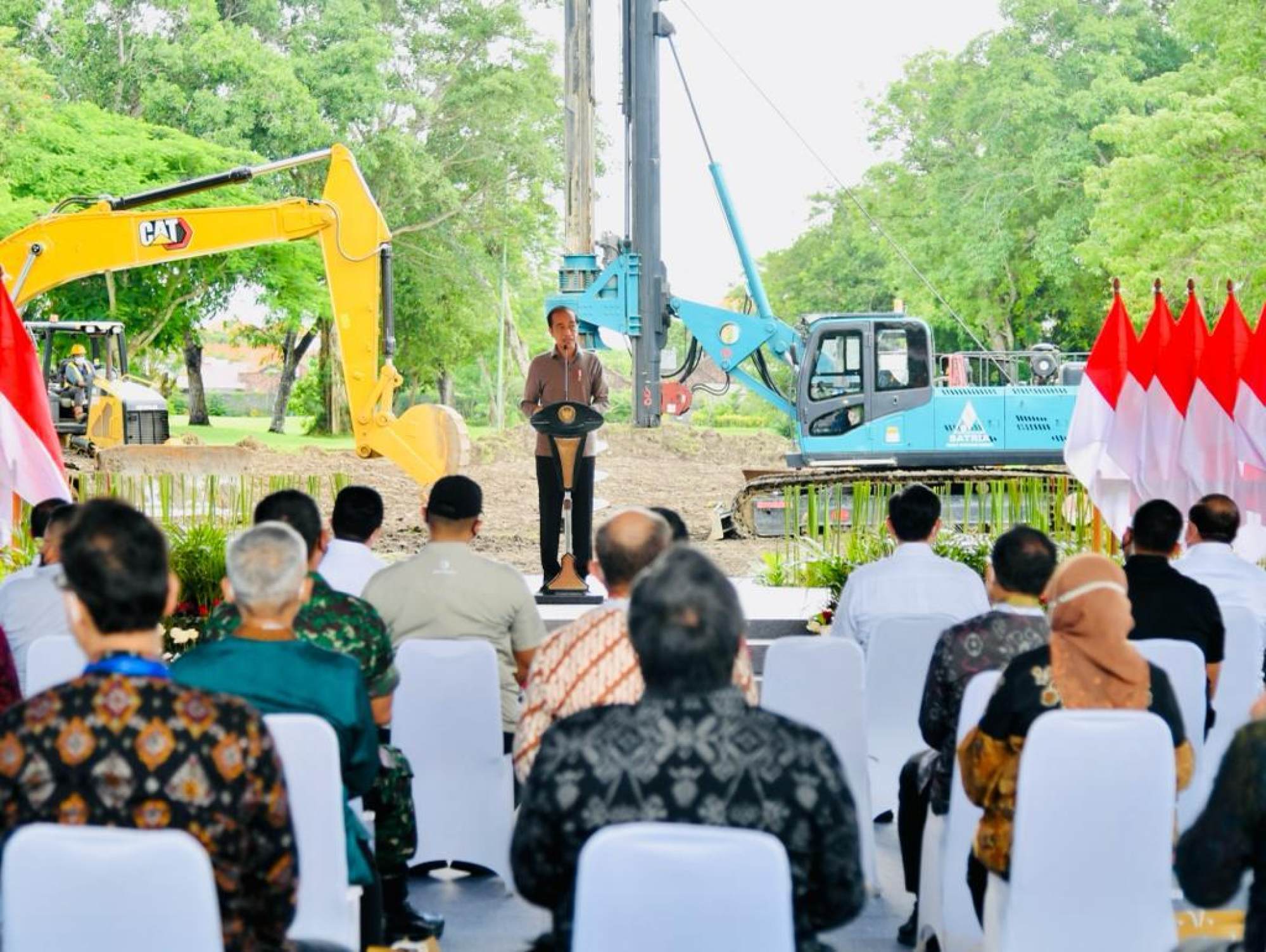 “Every year, 2 million Indonesians seek medical treatment overseas, be it to Singapore, Malaysia, Japan, the United States, or other countries,” Widodo said. “I really hope after the Bali International Hospital is built, people will no longer seek treatments overseas and Bali will become a medical tourism destination.”

The hospital is expected to be completed in 2023 and have 300 wards and 30 intensive care beds. It may not be the only facility in the 41.5 hectare special economic zone, with Jakarta also planning to build hotels, a beach garden, convention centre, retail shops, an ethnomedicinal botanical garden and other health care facilities.

Minister of tourism and creative economy Sandiaga Uno has said Indonesia also aims to create medical tourism destinations in the city of Medan in North Sumatra, and in the capital city Jakarta, while maritime and investment affairs minister Luhut Pandjaitan said in November last year that there might be a “Johns Hopkins-affiliated hospital” or “three or four hospitals that might be built in Bali, Jakarta and Medan” down the road.

In his remarks, Widodo said he also hoped Indonesia could cut its reliance on pharmaceutical raw materials and health equipment imports, urging the local health care industry to “produce them on our own”.

According to the minister for state-owned enterprises, Erick Thohir, 95 per cent of the country’s pharmaceutical raw material were imported, including paracetamol. 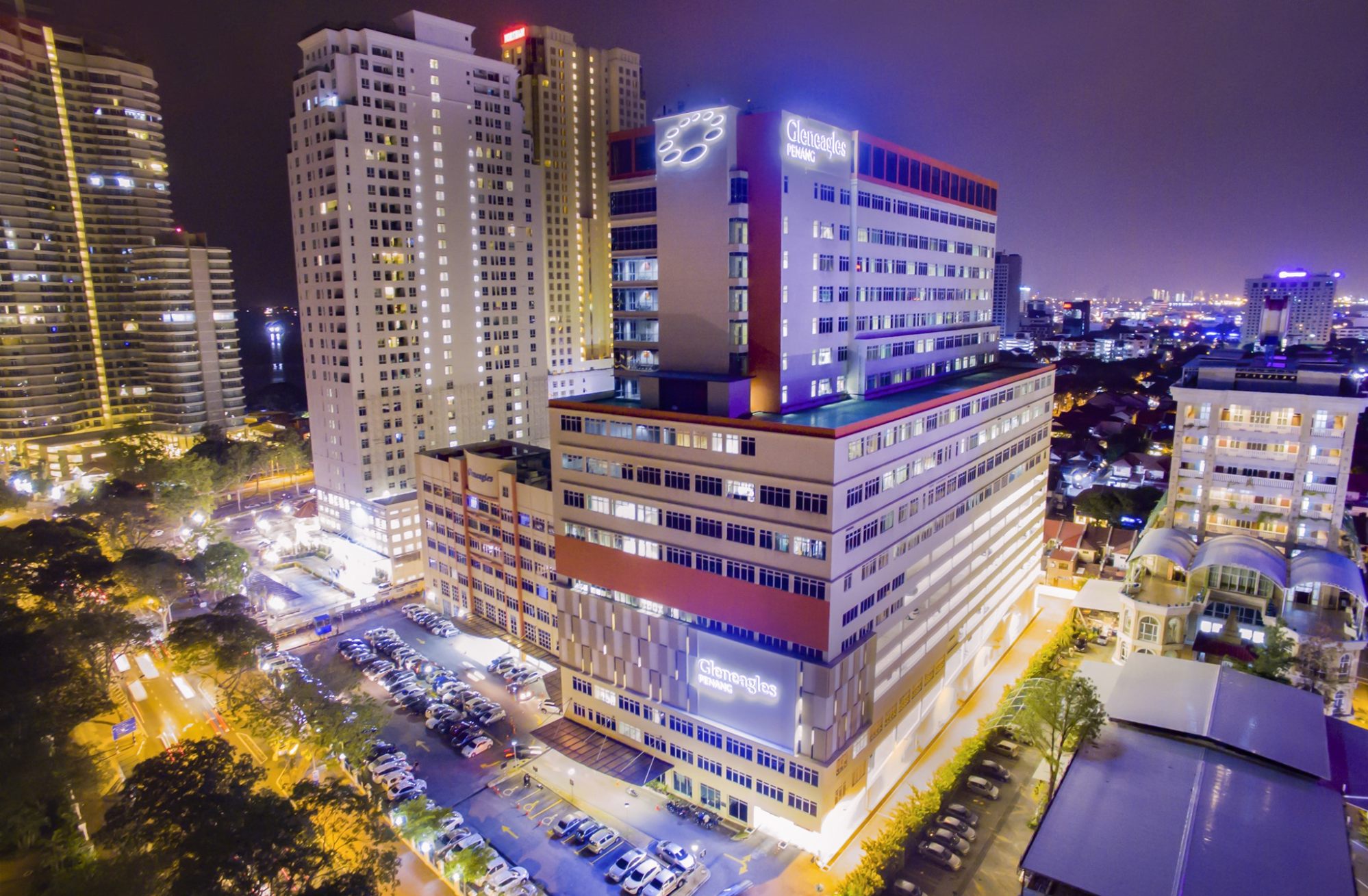 But developing a medical tourism destination and reining in the number of Indonesians seeking treatment overseas require more than just building a complex with international health care facilities, said Dr Pandu Riono, epidemiologist and health expert from the University of Indonesia.

“We need to overhaul our health care system. The main reason why Indonesians go overseas to seek treatment is because the health care service here is not as friendly, efficient and effective as the services offered by other countries,” Pandu said.

“We already have many state-run hospitals. Instead of building a new one, the government needs to revamp those,” he said. “If people were satisfied by their services, they wouldn’t feel the need to go overseas.”

Tales of appalling experiences with local hospitals and medical workers are so common that when author and political commentator Rudi Valinka in April tweeted that “millions of Indonesians prefer to seek treatments in Malaysia” due to effective “medicinal prescriptions”, a deluge of Twitter users in Indonesia chimed in with their own stories.

“I had a cough for four months. I kept switching doctors but I was not cured. A doctor said I had a tumour but they gave me drugs for tuberculosis. So I went to Penang,” said a Twitter user that goes by the name Allegra. “They found out that my lung was clean and the cough was from chronic maag [indigestion], they gave me medicine for five days. That was seven years ago and I have not coughed again to this day.”

Another user named Ngurah Wisnu said: “I found acne on my stomach. Because it was painful I went to the doctor, who told me that I had to undergo surgery to remove it. I was scared so I sought a second opinion in Singapore. The doctor there only touched it and said it would be gone in two or three days. And they were right, I did not even need drugs.”

“From the Medan people’s perspective, we trust Malaysian or Singaporean doctors more than doctors in Jakarta,” Erasmus Napitupulu, executive director at the Jakarta-based legal NGO Institute for Criminal Justice Reform, tweeted in May. He added that the only advantage local hospitals had over foreign hospitals was they were covered by Indonesia’s universal health care scheme. 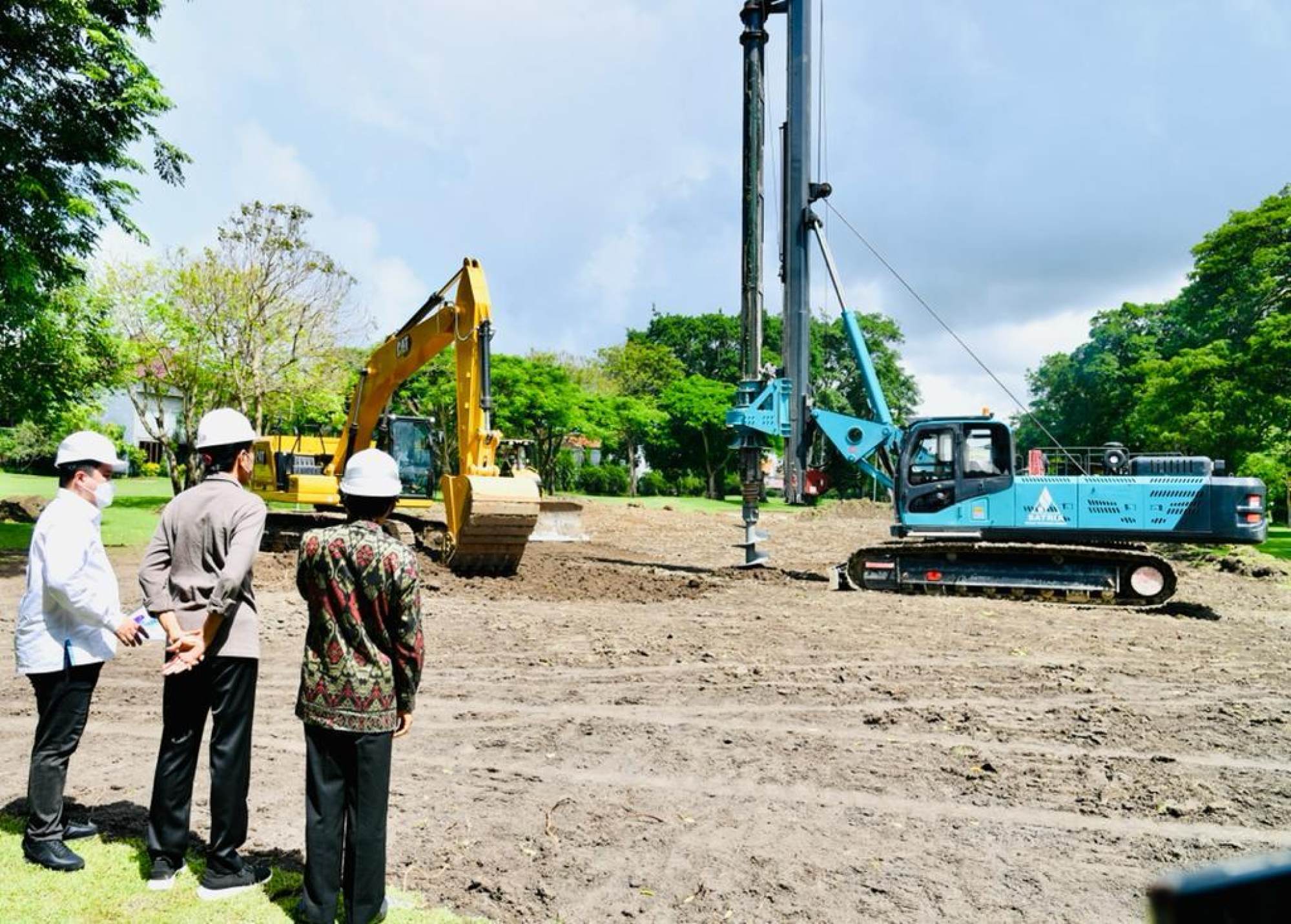 Others pointed out that treatments in Malaysia or Singapore could cost less than back home, and the level of service was also much better.

“If I made an appointment at the hospital here, the nurse will be waiting for me at the door at the time of the appointment,” Indonesia’s ambassador to Malaysia Hermono told local news outlet Tribun News in March.

Pandu said for Indonesia’s health care system to improve, the government would need to review some laws, including incentivising pharmaceutical firms to produce drugs domestically and to make it easier for foreign doctors and other medical workers to work in the country.

“Some of the regulations on human resources, taxes and foreign medical workers need to be amended. Private sectors should also be given a bigger role,” Pandu said. “Going by the existing regulations, no foreign doctors will be allowed to work in the Mayo Clinic in Bali.”

In August last year, maritime and investment affairs minister Luhut Pandjaitan had said the government was planning to “simplify” the licensing process for foreign doctors, but only those “with certain specialisation, according to our needs”. 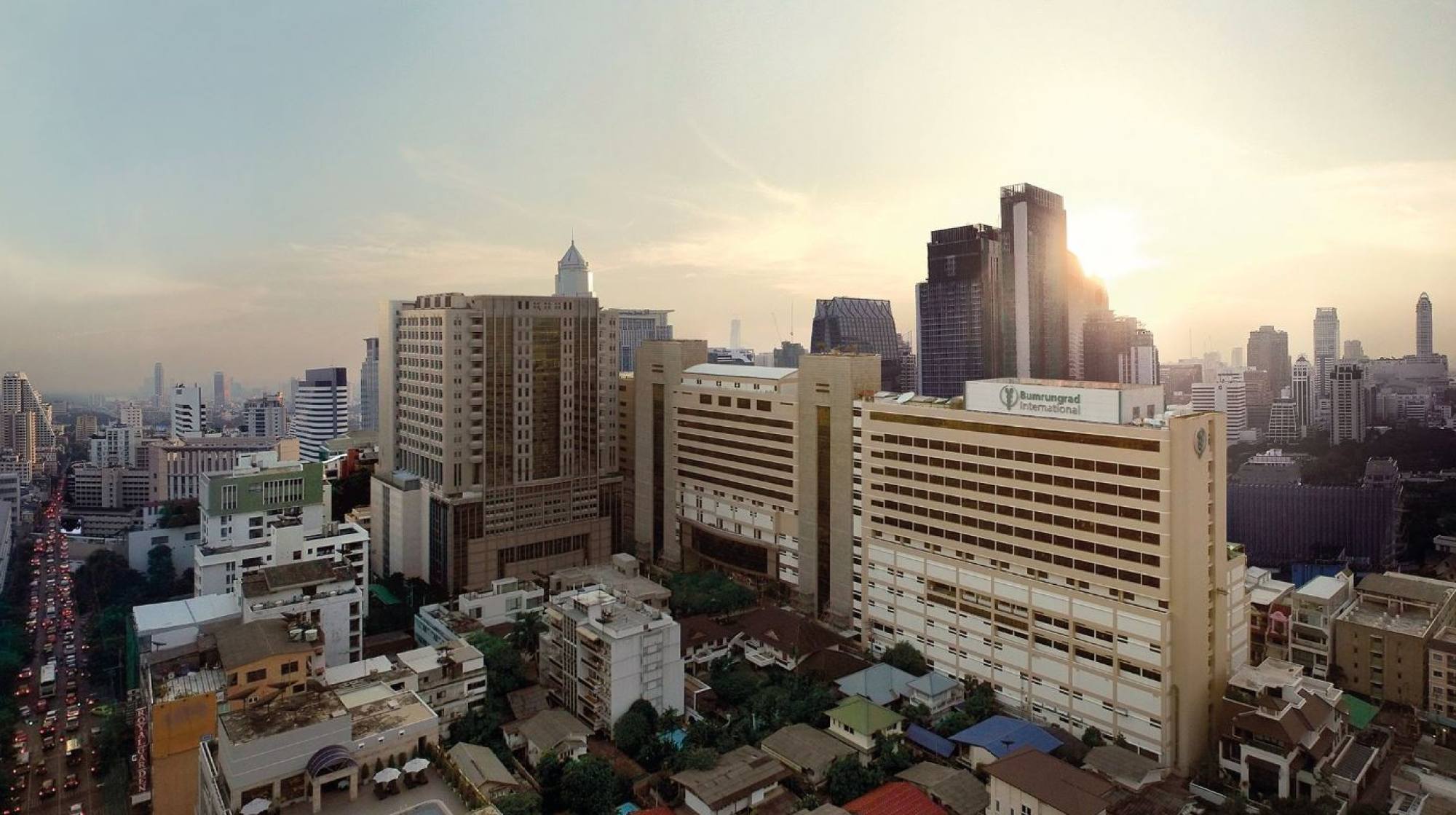 Nevertheless, tourism stakeholders in Indonesia welcome the government’s move to develop medical tourism in Bali, where the number of foreign arrivals has plummeted since the pandemic broke out.

“This is a groundbreaking move from the government as it is parallel with the tourism trend that we have been seeing in this ‘new normal’ era,” said Taufan Rahmadi, a tourism expert based in the nearby island of Lombok.

“In Bali, people can do yoga, and now they can [also seek treatment] in an international hospital,” he said. “This will also strengthen the link between Bali and Lombok, as tourists can take a quick trip from the hospital to see the Moto GP in Lombok.”

“We need to create standardised health care services that are on par with those offered by Malaysia, Singapore and Thailand. And we need to stick to it, so tourists feel safe and comfortable,” said Taufan, the author of Protokol Destinasi, a book about tourism in the pandemic era.

Bali’s tourism sector has not recovered since it was battered by the pandemic last year. While the door has been open for foreign tourists since October, only 45 foreign tourists have entered the country since, an overwhelming drop from the 1.05 million foreign arrivals it saw in 2020, and 6.2 million in 2019.

Tourism contributed about 66 per cent of Bali’s economy and provided about 1 million jobs to the residents pre-pandemic.