From the Widjaja to Hartono dynasties, wealthy scions are giving Indonesia a tech boost Indonesia’s digital economy was still in its infancy when Michael Widjaja – a third-generation member of the Widjaja family that runs Sinar Mas Group, one of the country’s largest conglomerates – returned in 2007 after finishing his business studies in California.

He is the grandson of the late Eka Tjipta Widjaja, a Chinese-Indonesian business tycoon who established Sinar Mas in the 1960s.

Today, the conglomerate has interests in the likes of agribusiness, paper, and financial services, with 37-year-old Michael as the group CEO of Sinar Mas Land, its real estate unit.

Michael is also part of a group of wealthy Indonesian scions that have in the past decade dabbled in the country’s vibrant tech sector by investing in home-grown giants and start-ups, be it in the form of money, resources, know-how, or access.

Drawing from the two-thirds of his life that he spent overseas, mainly in Singapore and the United States, Michael came up with a tech -enhanced vision for the company’s prized property – a 6,000-hectare township called Bumi Serpong Damai (BSD), which includes residential and commercial sites, located in South Tangerang, on the outskirts of Jakarta.

“I used to study in Singapore, where I learned a lot about real estate, pedestrian (design), and other things like that … the urban infrastructure, master planning, were very clear (there),” Michael told This Week in Asia.

“I really tried to model BSD City after Singapore, to be quite a perfectly planned city. Quality of living and city planning are the things that I would like to bring to Indonesia.” 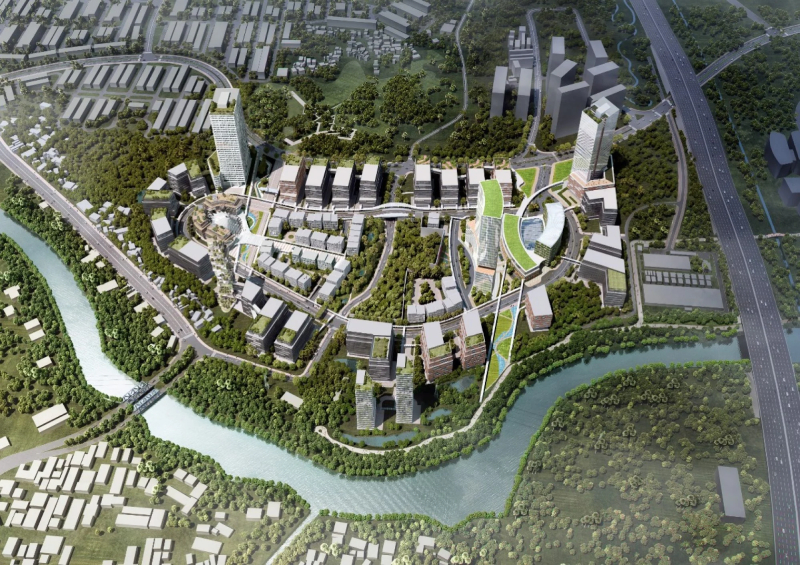 Sinar Mas Land has also launched a mobile application community platform for the township’s 200,000 residents, which enables them to perform social commerce transactions, check the city directory and public transport schedule, and get other BSD City-related updates.

The hub was set up with the aim of becoming Indonesia’s own Silicon Valley and developing tech talent, for which Michael said demand continued to outstrip supply in Southeast Asia’s largest economy.

“If Indonesia wants to be successful in the global landscape, our tech talent must be (upgraded),” he said.

“Gojek hired its engineering staff from India, why don’t they hire Indonesian engineers? Maybe it’s because they are not capable, yet. Hopefully this digital hub will create more talent.”

Michael also said he was open to the idea of teaming up with Chinese companies to realise his Silicon Valley dream. To this end, he was looking at travelling to Shenzhen, Guangzhou, and other parts of China, but these plans were upended when the Covid-19 pandemic hit.

“I believe it is important to bring the Chinese tech ecosystem to Indonesia, and for us to embrace it, because Chinese technology is very advanced – we can learn a lot from them, and implement and localise some of (their advances),” he said.

But Michael is not the only member of the Widjaja family – which Forbes last year estimated had a collective wealth of US$11.9 billion (S$16.1 billion) – with a keen interest in technology.

Michael also plans to launch what he calls the Urban Gateway Fund, which aims to invest up to US$20 million in start-ups that tackle smart-city-related challenges.

“We are very big on green buildings, which means safe energy use, safe water, automated lighting, the digitalisation of the building, and big data.

"This fund will hopefully help start-ups work on those ideas,” Michael said.

Another scion of note is Martin Hartono, the son of R. Budi Hartono, the tobacco billionaire behind clove cigarette producer Djarum. Budi and his brother Michael are Indonesia’s richest men, with Forbes estimating their combined worth at US$38.8 billion last year. 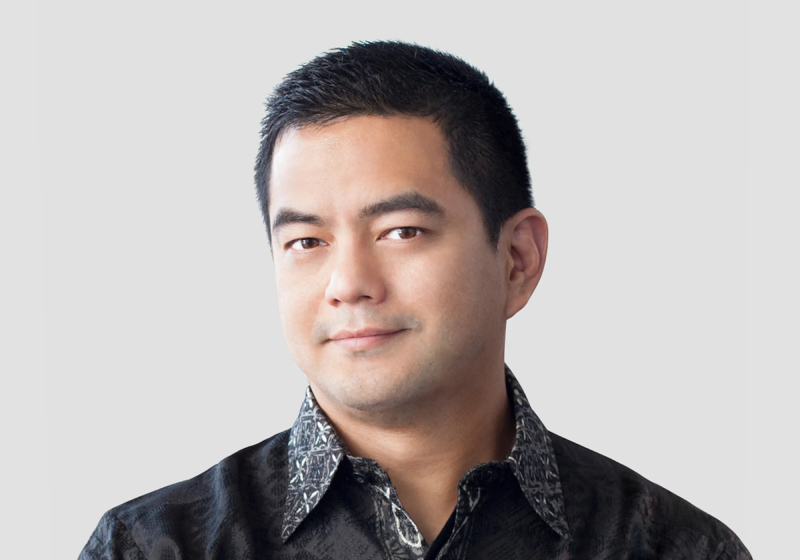 In 2010, after having worked at Djarum for 12 years, Martin founded GDP Venture, one of the country’s most active venture capital firms that has invested in a number of well-known Indonesian tech companies including superapp Gojek, health tech platform Halodoc, and ticket booking platform Tiket.com.

There’s also Alvin Sariaatmadja, president director of Emtek Group and son of media tycoon Eddy Kusnadi Sariaatmadja, who has an estimated net worth of US$1.4 billion.

Alvin has been credited with helping the group transition from being mainly a traditional television broadcaster and technology provider to an aggressive investor and developer of several digital businesses.

Emtek has also made some notable investments, such as into Bukalapak, the first Indonesian unicorn – the term for tech companies worth at least US$1 billion – to go public on the country’s stock exchange, as well as into Singapore-headquartered Grab.

Emtek, which last month put another US$375 million into the superapp, also holds a controlling stake in e-wallet operator Dana alongside Alibaba-backed Ant Financial. Alibaba owns the Post.

Martin Hartono and Alvin Sariaatmadja were unavailable for interviews for this story.

In addition, John Riady – the grandson of Lippo Group patriarch Mochtar Riady – in 2015 launched an investment vehicle called Venturra Capital that focuses on seed and Series A investments.

Among the firms it has invested in are Grab and cosmetics e-commerce platform Sociolla.

Industry stakeholders said family-owned corporate venture capital (VC) firms, alongside other type of VCs and investors, have played an important role in developing Indonesia’s digital economy – which has grown from US$8 billion in 2015 to US$44 billion last year, according to joint research by Google, Singapore state investment firm Temasek, and Bain and Company.

“So it’s very important to engage with them because no matter how, they are gatekeepers to a certain industry,” he said.

However, Cuaca said, having the backing of conglomerates did not necessarily translate into better investments for start-ups, as each type of investor had “different values” they could offer to company founders.

“It’s not about the type of investors – it depends on what the start-ups need,” he said.

“If they need access, then find investors that can give them access, regardless of whether they’re family office-backed investors, corporate VCs, or foreign investors. You should know what you want first, then find the people that have it.”

Conglomerate-backed investors are also seen as being able to provide resources and sectoral know-how to newly established companies, according to Eddi Danusaputro, secretary general at the Association of Indonesian Venture Capital and Startups (Amvesindo).

“There’s always experience and expertise that can be leveraged from a conglomerate.

"For example, Astra may invest in drone technology as it has a subsidiary that produces palm oil,” Eddi said, referring to Indonesian conglomerate Astra International, which is controlled by Hong Kong-based Jardine Matheson.

There was also always the possibility of cooperation between family-backed investors, Michael Widjaja said.

One recent collaboration of this nature was the investment made by the Hartono, Sariaatmadja, and Widjaja families in superapp Grab’s private investment in public equity (PIPE) funding round, which raised US$4 billion ahead of the company’s planned merger with Altimeter, a United States-listed special purpose acquisition company.

Emtek Group also recently announced that it was exploring potential collaborations in the digital ecosystem with Anthoni Salim Group, the conglomerate behind Indofood, the world’s largest instant noodle maker.