A woman wears a protective mask as she exercises on the street amid the coronavirus (Covid-19) pandemic, in Hanoi, Vietnam, on May 31.
Reuters
PUBLISHED ONAugust 11, 2021 9:56 AMBySen Nguyen

When Phuong joined Vietnamese community charity Happy Vegetable Trip over a month ago, she was amazed at the amount of work involved in getting free food to those in need. It included mobilising volunteers, keeping track of vegetable stocks, securing permits from local authorities to venture out during lockdown, and ensuring every volunteer had protective equipment.

“I didn’t know how things work at the beginning. Everyone is a volunteer but we try very hard to make sure our activities run smoothly so we can help many people,” the coordinator said, asking not to reveal her last name.

“Everyone is hoping things will get better and people can return to their normal lives with their families and friends,” she added.

Since early July, when Vietnam imposed Covid-19 lockdown measures, the charity has been distributing vegetables and fruit to residents of Ho Chi Minh City and its adjacent localities Dong Nai and Binh Duong. Known locally as Chuyen rau vui ve, it buys produce from struggling farmers to support them while also helping to feed others.

Community groups and individual volunteers like this are chipping in to share the burden of the fourth wave as Vietnam’s coronavirus cases continue to soar, fuelled by the Delta variant. The country has reported over 228,000 cases, compared to less than 3,000 in late April, with most infections being recorded in Ho Chi Minh City, the country’s southern economic hub. The death toll has increased to over 3,700.

With hospitals stretched to capacity, the government has resorted to the home treatment model, where certain confirmed patients and their contacts are monitored at home. Late last month, the health ministry approved a plan to install 12 intensive care treatment units for Covid-19 patients across the country, with each having from 200 to 3,000 beds.

“The medical examination and treatment system is facing very big and unprecedented challenges in [its] history,” the government’s portal said on July 30.

Only 1 per cent of Vietnamese are fully vaccinated – the lowest rate in Southeast Asia – but the government has in recent days ramped up its inoculation campaign. To date, the country has received over 17 imported million doses through both donations and commercial contracts. More than half of those doses have been administered, according to the health ministry.

Virus epicentre Ho Chi Minh City, which has been allocated the most doses, aims to vaccinate all of its 7 million residents aged above 18, including migrants and foreign residents.

In recent weeks, a large number of migrant workers have left the city and other southern localities to return to their hometowns as the fourth wave left them without work or savings which were already exhausted by previous waves.

Lockdown restrictions prohibit people from going out, except to shop for basic necessities or go to work at businesses allowed to remain operational. The restrictions have also made it challenging for community support groups to deliver help if they cannot secure permits from local authorities.

As with the previous outbreaks in Vietnam, social media has driven the upsurge in community support for those unable to buy food due to localised lockdowns or financial constraints.

According to LIN Center for Community Development, a non-profit based in HCMC which mobilises other local NGOs, there are at least 90 community groups and organisations in Vietnam which offer emergency donations like food, free counselling services and online learning courses for children.

Many public Facebook groups with thousands of members have been overwhelmed with posts asking for donations and medical advice related to both Covid-19 and other diseases. 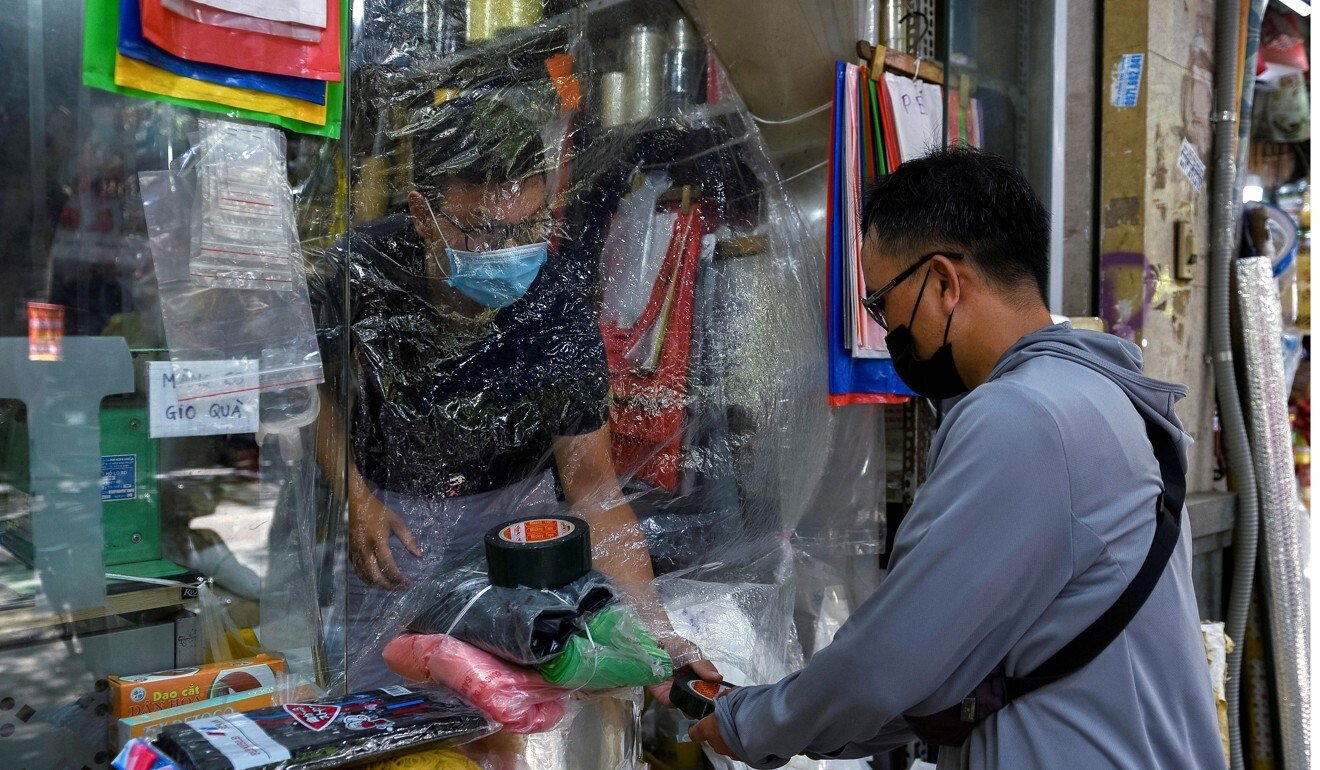 As patients struggle to breathe, oxygen cylinders are among the most needed items. Charity group Oxy Community Station (Tram Oxy Cong Dong) was established earlier this month by doctors and other professionals to address this shortage. They lend oxygen cylinders for free to those in HCMC and other southern localities who are being quarantined at home while they wait for further medical instructions.

“Hospitals have been overloaded,” the group wrote on its Facebook page on Sunday.

“There were times [we] couldn’t rotate the oxy cylinders on time. Within 2-3 days the station has helped up to 100 patients and delivered the cylinders throughout the night. But it doesn’t seem to be enough.”

Last Thursday, a dozen NGOs and community leaders in Hanoi and HCMC met in a webinar co-organised by international charity Oxfam to discuss the Covid-19 impact on vulnerable groups and intervention plans going forward. The participants said social and community organisations had filled the gap where authorities’ campaigns and policies had fallen short.

“For example, the government prioritises [helping] people with serious disabilities and forgets about those with lighter disabilities, and they focus on quarantine facilities and forget about [supporting those in] rented rooms,” the meeting notes said, referring to the accommodation chosen by many migrants.

Pham Truong Son, co-founder of Southern Non-Profit Organisations, said while he applauded the community’s selfless efforts, there is a lack of effective coordination between the groups.

“This is a prolonged and widespread situation in HCMC,” he said, adding that the number of philanthropy groups was not distributed evenly across the city or in severely affected areas.

“Vietnam needs to have [more] organisations specialised in emergencies with practical tools to respond to them,” he said, adding that the government should provide more space for these community organisations to grow and better serve those in need as well as collaborating with them.