In Vietnam, air pollution a bigger daily threat than Covid-19 A man fishes at West Lake as dense smog descends on Hanoi in January 2021. The Vietnamese capital’s air quality has been ranked among the worst in the world.
PHOTO: South China Morning Post
PUBLISHED ONJanuary 27, 2021 6:00 AMBySen Nguyen

Every day, Nguyen Thi Nham Thin sits at a busy traffic intersection in the Vietnamese capital. She is one of thousands of vendors selling food and drinks who make up Hanoi’s bustling street life. But this constant exposure to the fumes comes at a cost.

Hanoi, a city of 8 million, has around 7 million vehicles.

“I’d inhale about seven to eight hours of dust every day, but you know, even xe om [motorbike taxi drivers] and [other] street vendors would too. It is unavoidable,” the 69-year-old said.

As Hanoi hosts the Communist Party of Vietnam’s national congress to elect new leadership, the country’s success in containing the Covid-19 pandemic is sure to be celebrated.

Thanks to rapid and effective containment measures, Vietnam has had no community transmission for almost two months and daily life looks pretty much like it did pre-2020. For many Vietnamese, however, air pollution is a far bigger concern than the pandemic.

Real-time air quality indexes have had red and purple warnings for weeks, cautioning against outdoor activities as air pollution remains at unhealthy to very unhealthy levels. Local newspapers have frequently rang alarm bells about the smog.

Last week, the air was so bad that Hanoi was ranked worse than some cities in India and China, including New Delhi and Beijing, according to IQ AirVisual, a Swiss-based group that gathers air quality data.

Globally, Vietnam ranks 115 out of 180 countries in air quality, according to Yale University’s 2020 Environmental Performance Index. This is much lower than many of its Southeast Asian peers, including Singapore, Brunei, Malaysia, Thailand, and Timor-Leste.

The World Health Organization (WHO) found that over 60,000 deaths in Vietnam each year are linked to air pollution, about six times the number who die in traffic accidents on the country’s notoriously dangerous roads.

The capital’s air quality ranked among the world’s worst in December 2019. That month, state power utility EVN said coal-fired plants east of Hanoi were too far away to cause air pollution. Two months earlier, a government report revealed that Hanoi’s level of PM2.5 – super fine particles smaller than a sand grain – was the highest in five years. 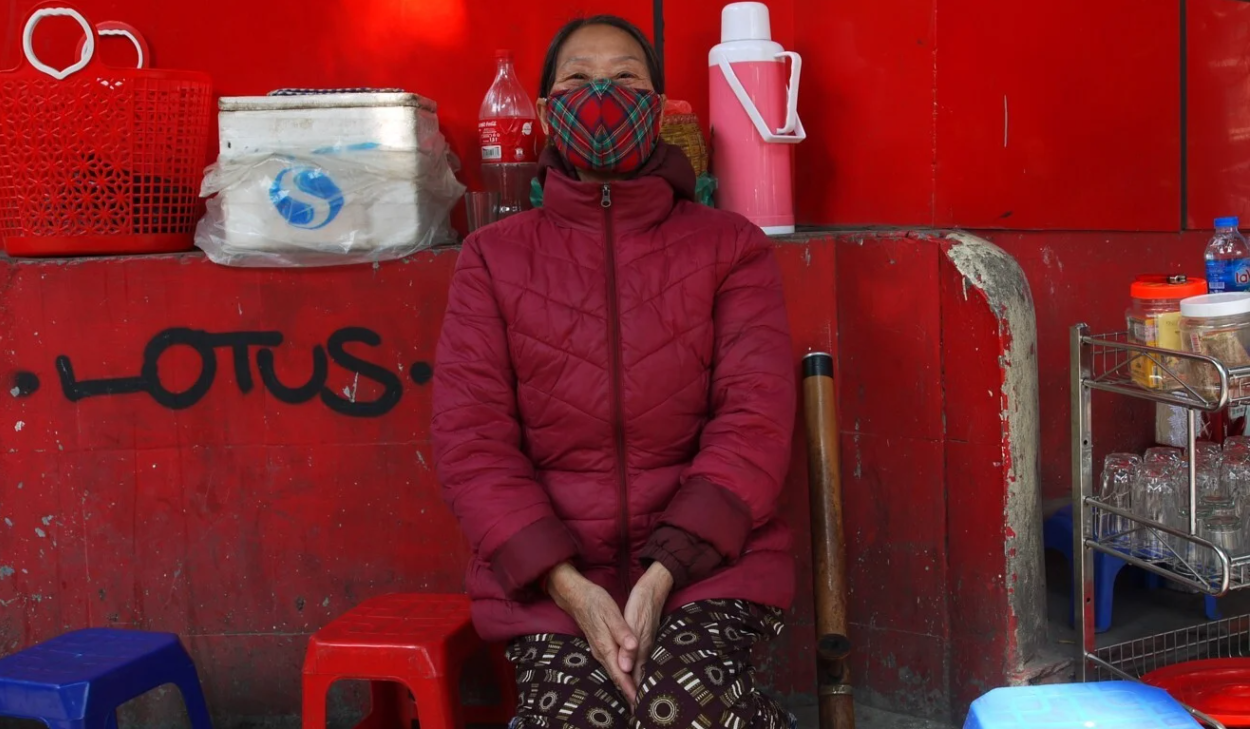 Particulate matter affects more people than any other pollutant, according to the WHO. Made up of mostly sulphate, nitrates, ammonia, sodium chloride, black carbon, mineral dust and water, the microscopic matter can penetrate deep into the lungs and the bloodstream, while chronic exposure contributes to the risk of developing cardiovascular and respiratory diseases as well as lung cancer.

In 2019, 18 out of 63 provinces and cities in Vietnam had higher population-weighted PM2.5 concentration levels than the national annual exposure threshold, a report released this month found. Of the 18 localities, 14 are in the north – including Hanoi, whose PM2.5 level was about 35 micrograms per cubic metre (μg/m3). Vietnam’s mandated threshold is 25μg/m3, much higher than WHO’s recommendation of 10.

The report, conducted by Hanoi’s University of Engineering and Technology and non-profit Live & Learn for Environment and Community with sponsorship from the US Agency for International Development (USAID), blamed high population density, numerous industrial zones and power generation plants for the high PM2.5 levels in the northern parts of the country. Vietnam is dependent on coal-fired power as its major source of electricity generation.

Ho Chi Minh City, Vietnam’s economic centre which lies in the south of the country, was one of the 18 localities mentioned in the report, although its levels are lower than in Hanoi.

Concerns about air pollution have driven demand for air purifiers, but not everyone can afford these short-term solutions.

“The poor are likely to suffer more from air pollution than the rich,” said Dr Do Nam Thang, research fellow with the Zero-Carbon Energy for the Asia-Pacific Grand Challenge Programme at the Australian National University (ANU), pointing out that people like street vendors are exposed to more polluted ambient air.

“Better ventilated working and living environments due to air conditioners also protect the rich more from outdoor air pollution,” Thang said, adding that solid cooking fuels such as charcoal – common in the stoves of many families in Hanoi – worsens exposure to indoor air pollution. 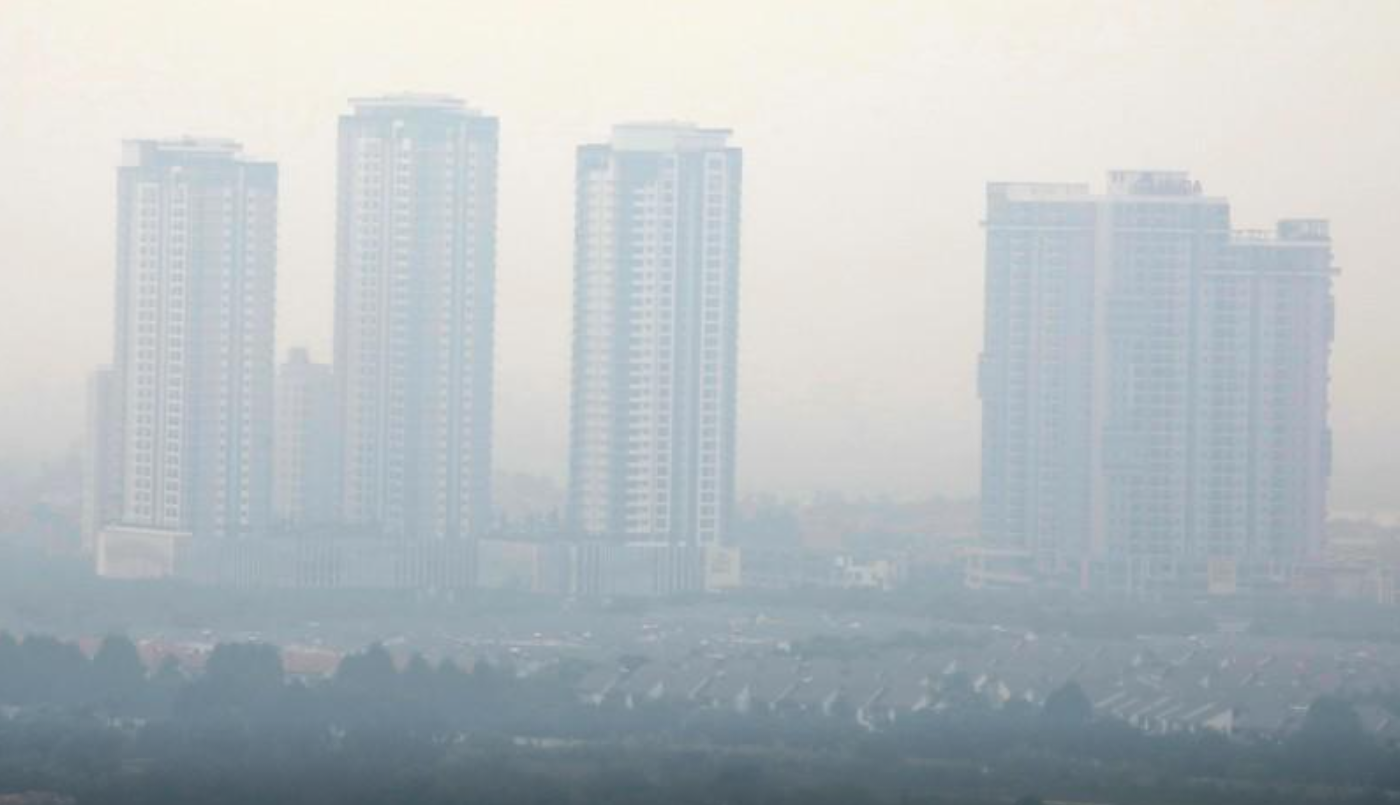 The Ministry of Natural Resources and Environment was also tasked with producing a road map on implementing regulations on vehicle emissions before the end of the year.

In 2015, Vietnam was one of 196 countries that signed the Paris Agreement, a legally binding international treaty on climate change to limit global warming. Last November, Vietnam passed the revised Law on Environmental Protection which includes an emission trading scheme. It will take effect in 2022.

“The next step is to design and implement a workable emission trading scheme,” said Thang at ANU. “It is important that the emission cap needs to be set tight enough to ensure there will be sufficient demand for emission trades,” he said, adding that decarbonisation of emission-intensive industries will help reduce air pollution associated with fossil fuel combustion.

While many Hanoi residents are concerned about polluted air, not everyone is willing to pay to improve it.

A 2020 study of over 1,000 people by environmental expert Nguyen Cong Thanh published in the National Economics University’s scientific journal found long-term residents were less likely to support air quality improvement measures like planting more trees because they had become accustomed to the polluted air and knew how to protect themselves from it.

A similar lack of support was seen among people who had been hospitalised with respiratory diseases, as they were found to be more likely to invest in sickness prevention measures instead.

While the poor have little choice but to endure the air pollution and the wealthy protect themselves from it, others try to get away from it all.

Whenever they can, Hanoians Dinh Nu Ha My and her husband, Duc go on trips to escape the pollution. Duc has chronic sinus infection and experiences headaches and has difficulty breathing on days when the air quality is low.

My, who is giving birth in a month, is particularly concerned about the situation.

“I’m worried about the baby, the air is too heavily polluted,” she said, adding that her child’s first days will be spent in air-filtered rooms.