A view of a gate of the provincial governor's office in Panjshir, in this picture uploaded to social media on Sept 6, 2021.
PHOTO: Reuters via social media
PUBLISHED ONSeptember 07, 2021 2:30 AM

The Taliban claimed victory on Monday (Sept 7) in the last part of Afghanistan still holding out against their rule, declaring that the capture of the Panjshir valley completed their takeover of the country and they would unveil a new government soon.

Pictures on social media showed Taliban members standing in front of the gate of the Panjshir provincial governor's compound after days of fighting with the National Resistance Front of Afghanistan (NRFA), commanded by Panjshiri leader Ahmad Massoud.

"Panjshir, which was the last hideout of the escapee enemy, is captured," Taliban spokesman Zabihullah Mujahid told a news conference.

However, Massoud remained defiant, and said his force, drawn from the remnants of the regular Afghan army as well as local militia fighters, was still fighting. 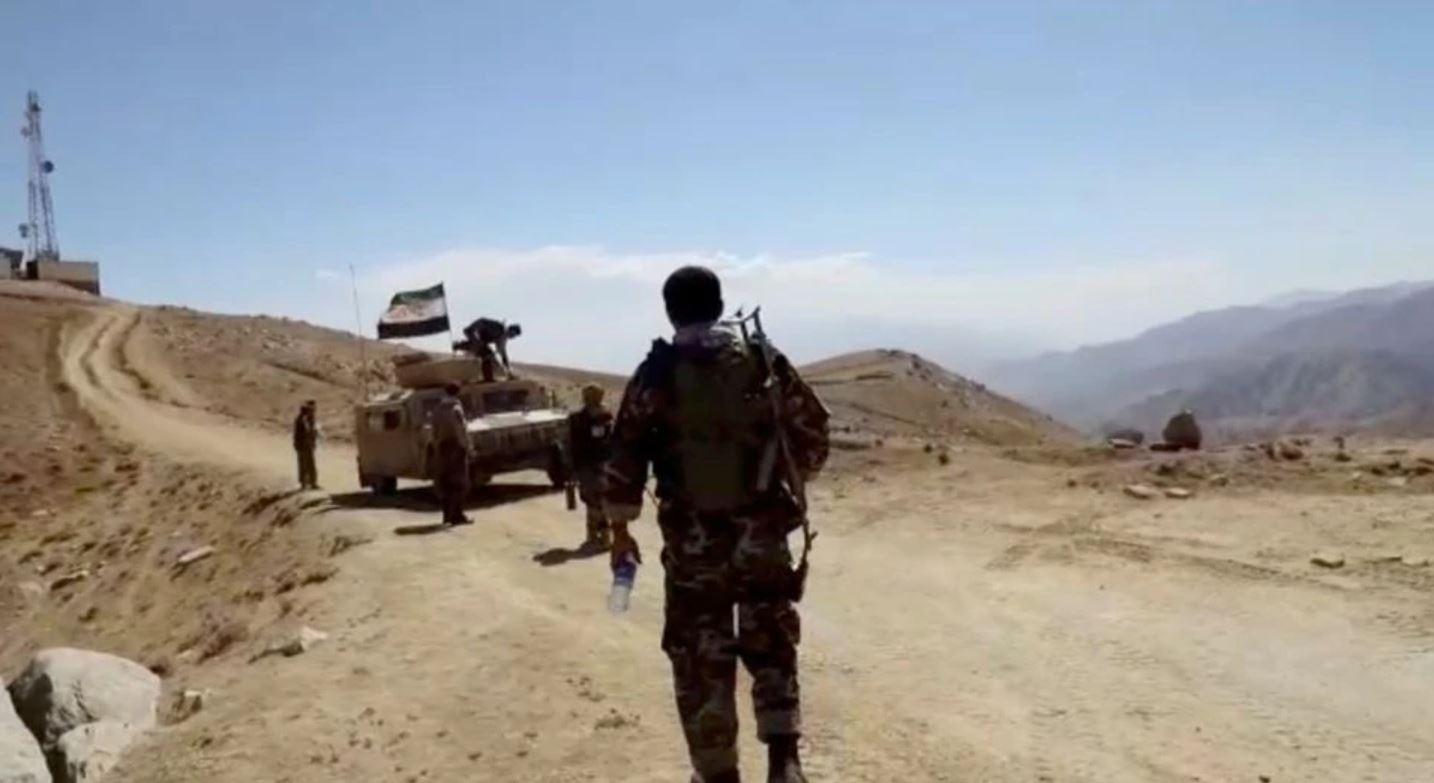 "We are in Panjshir and our Resistance will continue," he said on Twitter. He also said he was safe, but gave no details on his whereabouts. The NRFA's head of foreign relations, Ali Maisam Nazary, said on Facebook: "The NRF forces are present in all strategic positions across the valley to continue the fight."

The steep valley north of Kabul was long famed for holding out against attack, including both by Soviet troops in the 1980s and the Taliban during their previous rule in the 1990s. It was the main redoubt of the Northern Alliance resistance fighters who toppled the Taliban with U.S. air support in 2001 after the Sept. 11 attacks on the United States.

The Taliban assured the people of the valley - who are ethnically distinct from the mainly Pashtun Taliban - that there would be no "discriminatory act against them".

"They are our brothers and would work together for a joint purpose and welfare of the country," Mujahid said.

The Taliban have repeatedly sought to reassure Afghans and foreign countries that they will not reimpose the brutal rule of their last period in power, when they carried out violent public punishments and barred women and girls from public life.

But more than three weeks after they swept into Kabul, they have yet to announce a government or give details about the social restrictions they will now enforce.

Asked whether the United States would recognise the Taliban, US President Joe Biden told reporters at the White House late Monday: “That’s a long way off."

Teachers and students at universities in Afghanistan's largest cities - Kabul, Kandahar and Herat - told Reuters that female students were being segregated in class with curtains , taught separately or restricted to certain parts of the campus.

One female student said women sat apart from males in university classes before the Taliban took over, but classrooms were not physically divided .

"Putting up curtains is not acceptable," Anjila, the 21-year-old student at Kabul University, told Reuters by telephone.

"I really felt terrible when I entered the class ... We are gradually going back to 20 years ago."

Inside Afghanistan, hundreds of medical facilities are at risk of closure because the Western donors are barred from dealing with the Taliban, a World Health Organisation official said.

The WHO is trying fill the gap by providing supplies, equipment and financing to 500 health centres, and was liaising with Qatar for medical deliveries, the UN health agency's regional emergency director, Rick Brennan, told Reuters.

US-led foreign forces evacuated about 124,000 foreigners and at-risk Afghans in the weeks before the last US troops left Kabul, but tens of thousands who fear Taliban retribution were left behind.

About 1,000 people, including Americans, have been stuck in northern Afghanistan for days awaiting clearance for charter flights to leave, an organiser told Reuters, blaming the delay on the US State Department. Reuters could not independently verify the details of the account.

US Secretary of State Antony Blinken and Secretary of Defense Lloyd Austin met with Qatar's ruling emir, Sheikh Tamim bin Hamad al-Thani, on Monday as Washington seeks to build a consensus among allies on how to respond to Taliban rule.

The meeting focused on efforts to enhance security in Afghanistan, the emir's court said. Blinken and Austin thanked al-Thani for Qatar’s "extraordinary support" in the evacuation effort, State Department spokesman Ned Price said in a statement.

Western powers say they are prepared to engage with the Taliban and send humanitarian aid to people affected by drought and war. There are 5.5 million internally displaced people in Afghanistan, including more than 550,000 newly displaced in 2021, according to the International Organisation for Migration.

But formal recognition of a Taliban government will depend on action, not just promises, to safeguard human rights, Western leaders have said.