A man wearing a mask walks past a branch of the Shincheonji Church of Jesus the Temple of the Tabernacle of the Testimony, amid rise in confirmed cases of the novel coronavirus disease Covid -19 in Daegu, South Korea, on March 2, 2020.
PHOTO: Reuters
PUBLISHED ONSeptember 08, 2020 1:40 AMByDavid Lee

Fitness trainer Lee Sun-woo’s income has halved since his gym was forced to close in Seoul, where an outbreak of 1,000 church-linked coronavirus cases in the capital region has led to South Korea ’s second wave of infections.

All public facilities in the capital region, home to half of South Korea’s 52 million people, will face restricted opening hours or remain shut indefinitely as daily cases reach about 300 to 400, nearing the numbers recorded in February when the Shincheonji Church of Jesus cult group became the epicentre of infections.

The virus’ resurgence, this time linked mainly to the Sarang Jeil Church , has led the public image of churches to plunge drastically in South Korea, where some Christian leaders have been observing a decline in the faith’s popularity for years.

“The livelihoods of many people are in critical condition right now, [yet] there are people still attending church services like everything is normal,” said 36-year-old Lee. “Such people are close-minded and don’t care that they are hurting those around them.”

Sarang Jeil’s head pastor Jeon Kwang-hoon became the centre of public resentment when he and his followers joined an anti-government protest on August 15. Hundreds of his congregants had already tested positive for the virus and Jeon, a coronavirus denier, was himself confirmed with Covid-19 days after the rally.

The Seoul government and national health services have said they would sue the church for 15 billion won (S$17 million) in indemnity costs. 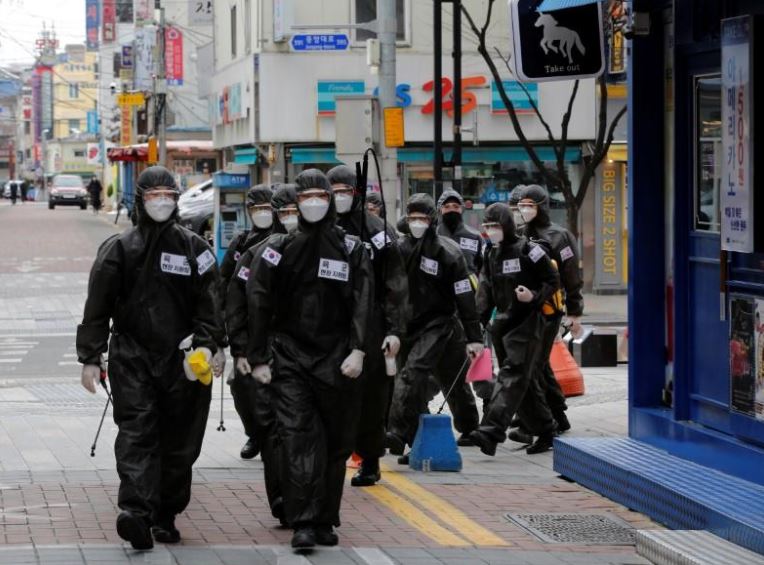 Sarang Jeil has faced accusations of being a cult by mainstream Christian groups for well over a decade, and some critics have blamed the Presbyterian Church in Korea, the group’s former denomination, for not acting quickly enough to classify it as such.

“Jeon and his church were able to remain in the Christian community because big churches with shared political principles sided with them,” said Jo Mit-eum, the director of Bareunmedia, a media group that educates people about religious cult groups.

Pastor Jeong Jae-dong, a minister in the Presbyterian denomination, said the overall trust in churches had been declining since the 1980s and 1990s, when the country had as many as 10 million congregants.

“Every year, about three to five per cent leave the church, so I would say there are about 6 to 8 million in churches today,” Jeong said.

“Low birth rates is a big proponent of this phenomenon, but social issues and the absence of healthy churches have been at the forefront of the problem.”

Jo Sung-don, a professor at the Graduate School of Practical Theology, said there was a perception that churches were not as relevant to young people as before, as Korean society had evolved socially over the years.

“The church used to be a very progressive engine where women and the youth came to act as initiators of social activism in the past,” the professor said.

He added: “It has become embarrassing to be identified as a church-goer nowadays.”

Bareunmedia’s Jo Mit-eum said conservative churches in the country had been closely linked with right-wing administrations for decades.

“President Syngman Rhee and Park Chung-hee gave benefits to churches in the form of funding and buildings, and churches, in turn, have been some of the biggest proponents of conservative politics,” he said.

For instance, conservative Christians recently held a protest to oppose an anti-discrimination bill.

The religion has also been given negative headlines in the past for controversies concerning its leaders and management of money.

Most recently, a pastor of a 100-year-old church in the provincial city of Iksan showed up to court in earlier this year due to charges of rape and sexual assault towards 11 female members of the church.

And last year, the debate of nepotistic succession in the church was brought to light when Pastor Kim Sam-whan of Myungsung Church named his son the successor of his megachurch with 100,000 members and about 40 billion won in yearly tithes.

Nevertheless, many South Korean churches have been trying to be relevant to younger worshippers while conducting online services during the pandemic, with some coming up with creative content for their congregations.

For example, educators from the Christian community and the South Korea Educational Volunteer Corps have launched the programme On Jesus to provide online services that include youth mentoring, career counselling on top of making an environment for community activity during these times of social-distancing.

“The church needs to return to being a place that makes sense to people and responsive to society’s problems,” Jo Sung-don said. “We need to find back the essence of a church.”