Indonesia's limited regulations against sexual violence have come under fresh spotlight after a rape case in religious boarding schools went viral, reigniting debate about the power that Islamic leaders bear in the world's most populous Muslim-majority nation.

Rape cases have in the past months been dominating Indonesian headlines, including the case of a woman who took her life after her policeman boyfriend allegedly raped and forced her to have an abortion.

In another case, a West Java teacher at various pesantren, or Islamic boarding schools, was suspected to have raped and impregnated at least 13 students from 2016 to this year. At least nine babies were born to the victims, who ranged from 13 to 20 years old.

Herry Wirawan, the alleged rapist, is facing multiple charges under Child Protection Law, which carries a maximum prison sentence of 15 years for each charge, although it can be extended to 20 years considering his profession as a teacher.

The West Java High Prosecutor's Office is also considering chemical castration as one of Herry's punishments, following demands from the victims' families.

Herry, who is married with three children, claimed the babies were orphans and allegedly used them to elicit donations, said Diah Kurniasari Gunawan, head of the Integrated Service for Women's Empowerment and Children of the West Java's Garut District. At least 10 of the victims came from the district.

According to Diah, there were 21 rape victims in the case but only 12 were listed during the trial.

The victims were also forced to do construction work for Herry's boarding school building, according to a statement released by the Victim and Witness Protection Agency last week.

The Madani Boarding School housed at least 30 santri, or students of pesantren, until it was shut following a raid by the police in June.

Herry was a teacher at two other Islamic boarding schools in West Java. All three schools offered free education and boarding for their students, who largely came from poor families.

Herry is accused of abusing his victims in the schools, at an apartment complex and in hotel rooms. He also allegedly misused cash assistance that both his victims and school earned from the government, the trial revealed. 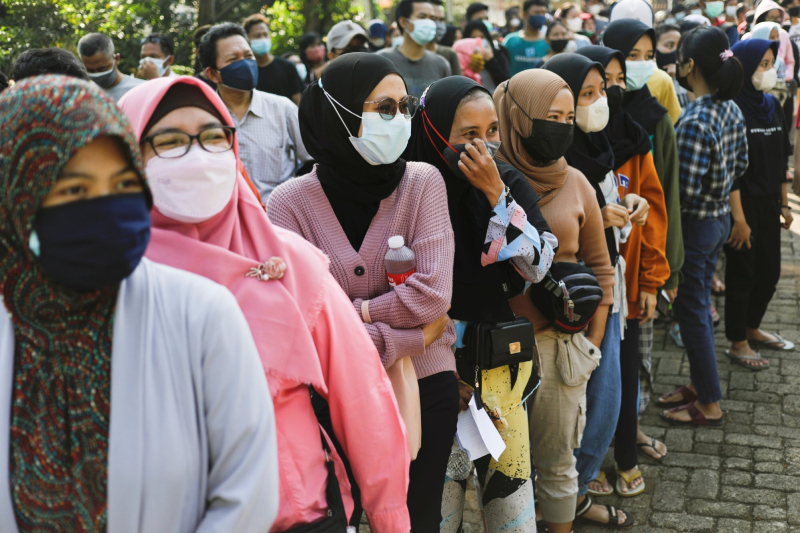 Tip of the iceberg

Mariana Amiruddin, vice-chairman at the National Commission on Violence Against Women, said the case was just "a tip of the iceberg", as many sexual violence cases in religious schools go unreported.

"Principally, one in three women in Indonesia is a victim of sexual violence, and the vulnerable women are mostly at their productive ages, so they are at risk of sexual violence in school, including in pesantren , where families put the care of their children at the hands of the institution," Mariana said.

Among the 51 sexual violence cases in schools reported to the commission between 2015 and 2020, 19 per cent of them occurred in Islamic boarding schools, making pesantren the second most common location for sexual violence after universities at 27 per cent.

"It is not easy to follow up on sexual violence cases in education institutions," Mariana said. "Sometimes, the schools or universities would cover them up, as they don't want to smear the good names of the institutions. So it is better if there is an external supervision on these institutions."

Religious Minister Yaqut Cholil Qoumas said last week that his ministry was "thoroughly investigating" all religion-based education institutions, including pesantren and madrasa for their handling of sexual violence cases.

He vowed to take proactive steps to address the issue.

"We are not going to wait until there is a case before we can take action," he said. "This is our problem together, and we will handle it together. All sexual violence, sexual abuse, and improper actions must be eradicated."

Even as there are efforts to combat sexual abuse in schools, it is not easy for victims to come forward.

In pesantren, a tacit hierarchy exists between the administrators, teachers and students. The highest level of authority is typically held by the kyai, or Islamic clerics, who own the schools, followed by the ustadz, or Islamic teachers.

"Many santri will not want to speak up if they have been subjected to sexual violence, as figures at the top of the hierarchy in pesantren generally hold a high degree of authority," said Tsamrotul Ayu Masruroh, an activist with Santri Against Sexual Violence Forum.

In Indonesia, Islamic boarding school owners and teachers are typically respected by the public, she said. There are more than 26,000 pesantren in the country, according to data from the religious ministry.

Tsamrotul, who attended a popular pesantren in Jombang, East Java, said she had been facing abuse and intimidation for the past four years, after she began pushing for her school to be investigated over allegations that at least 15 of her schoolmates were sexually violated by the son of the school's founder.

In May, Tsamrotul said she found herself surrounded by six men when attending a Quran reading at her neighbour's house. They yelled at her and seized her phone, she said. Some men from the pesantren also lurked around her house for two days.

"They were asking my neighbours about my and my parents' activities, telling them that I was a slanderer," she said. "My parents were scared."

"The sexual violence in pesantren is the worst result of the combination between religious patriarchy and modern patriarchy" said Lailatul Fitriyah, a professor.

Professor Lailatul Fitriyah, assistant professor of interreligious education at Claremont School of Theology in California, wrote on Twitter that the rape cases in West Java and other Islamic boarding schools were "un-Islamic" and the hierarchy of authority found in pesantren was not recognised in Islam.

"The sexual violence in pesantren is the worst result of the combination between religious patriarchy and modern patriarchy," she said.

"The unlimited power held by male leaders in pesantren, which was justified with various religious verses, actually originated from modern structures such as colonialism and capitalism, and not from Islamic sources." 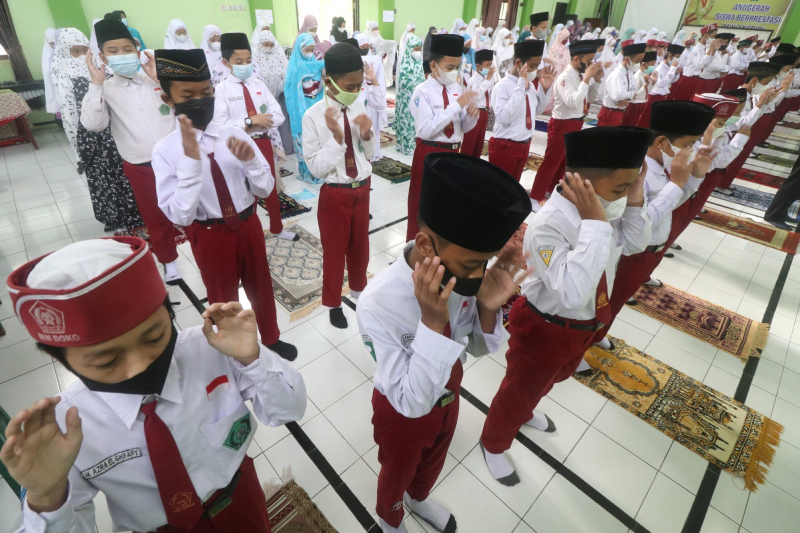 A matter of consent

On social media, people have used the case as a way to dismiss victim-blaming comments that typically emerges during widespread debates about sexual crimes.

"The fact that many sexual harassment and rape incidents happen in campuses and religious institutions such as pesantren show that sexual violence and rapes are not caused by women's clothing, instead they occur because men think of women as purely an object of desire," Twitter user Roy Murtadho wrote.

Women's rights activists are also urging lawmakers to quickly pass a sexual violence eradication bill, which failed to be deliberated at a plenary session on Thursday due to a lack of consensus between leaders at the House of Representatives.

While most factions were in agreement over the content of the bill, the Islam-based Prosperous Justice Party (PKS) opposed it over the use of the word "consent", which they claimed could be interpreted as state approval for extramarital sex, as well as the lack of an article banning "sexual deviation".

Minister of Education Nadiem Makarim had last month signed a decree on the prevention and handling of sexual violence at higher education institutions, but that too came under fire from Islam-based political parties such as PKS, and other Muslim organisations.