Kareena Kapoor: What the trolling of the Bollywood star over her son’s ‘Muslim’ name says about India’s interfaith marriage hang-ups Critics were quick to claim the nod to the Mughals – a Muslim empire that ruled most of northern India from the early 16th to mid-18th century – was evidence that Kapoor Khan, a Hindu, had betrayed her own religion.

“Imagine a Punjabi Kapoor naming her sons after Taimur and Jehangir, who tortured and brutally executed Sikh Guru Arjan,” commented a user on Twitter, in reference to the first martyr of the Sikh religion.

“First son – Taimur and the second one Jahangir. Well done – perpetuating Mughal culture. Enemies of the nation. We should continue to boycott their movies. Shame on these two,” remarked another. 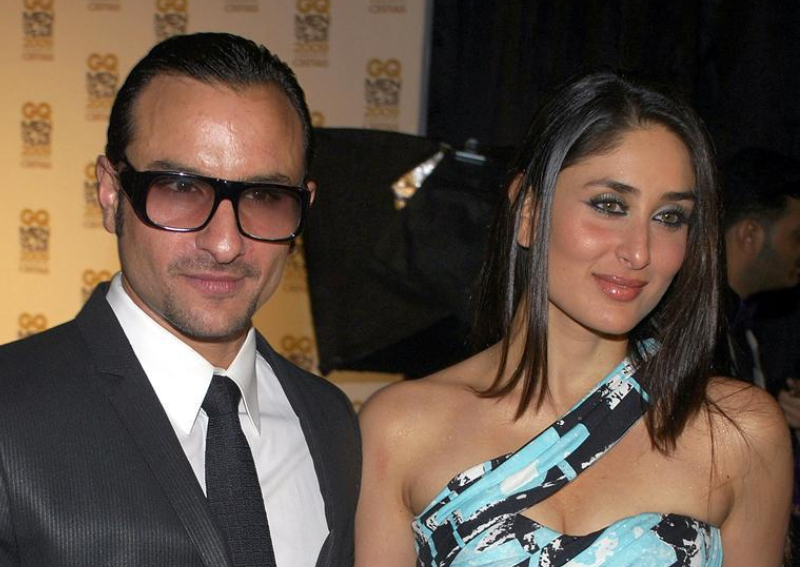 The issue has put the spotlight back on interfaith marriages in India and the rising tide of opposition to such unions despite a secular constitution which provides protection to all faiths .

Kapoor Khan married Ali Khan, a Muslim, in 2012 and the pair are among dozens of interfaith couples in the Hindi film industry, which is known for its inclusive environment.

Though interfaith and inter-caste marriages have long faced censure in conservative Indian families, the debate around such nuptials has recently become more toxic, with celebrities facing the brunt of online abuse.

“India’s Special Marriage Act now mandates a 30-day notice period for interfaith couples which leaves them vulnerable to opposition from those who resent such a match. Not to mention that it also violates the couple’s fundamental rights as well.”

The 30-day clause was introduced this year by the High Court at the behest of the Ministry of Law and Justice and said that “If any person raises objection to the said marriage within a period of 30 days, the marriage officer shall not solemnise the marriage until he enquires into the matter of objection".

The lawyer said that such legal provisions, which restrict the choices of consenting interfaith adults, “also create a culture of fear which both parents and authorities can exploit to intimidate young people to do their bidding. 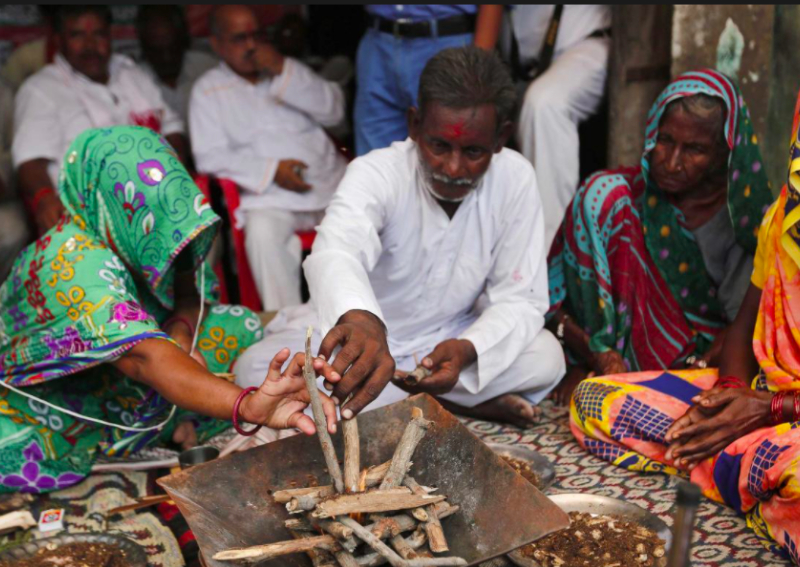 Hindus make up almost 80 per cent of India’s 1.4 billion population and Muslims just over 14 per cent. Couples from different religions are increasingly facing harassment from Hindu groups, a practice that has accelerated under the ruling right-wing Bharatiya Janata Party and its hardline base, the Vishva Hindu Parishad. They have invented the term “Love Jihad” (a struggle for love) to depict such nuptials as a conspiracy by Muslim men to seduce Hindu girls and forcibly convert them to Islam for marriage.

This view has led four BJP-ruled states – Haryana, Uttar Pradesh, Madhya Pradesh and Karnataka – to create laws banning "Love Jihad" as a crime that will be punishable by up to five years’ imprisonment. The BJP claims the laws are necessary to prevent alliances that could pose a serious threat to Hindu women and culture.

However, critics see this as a twin blow to communal harmony and women’s rights. “There is nothing like 'Love Jihad'. If you are in love, where’s the need for jihad?” asked Anuja Pandit, a Delhi-based feminist lawyer.

“It’s all about demonising Muslims, a fiction created by faux nationalists to target minorities and create insecurity that Muslims are trying to abduct Hindu women for conversion.”

History showed that fanatics first attacked culture under the guise of religion, said Pandit. Some of the top Muslim leaders of the BJP such as Mukhtar Abbas Naqvi and Shah Nawaz Khan are married to Hindus; was “the government taking action against them?” she asked.

“This trolling of interfaith families reflects extremely hateful behaviour and betrays a lack of understanding of Indian history. These hate mongers are objecting to the name Jehangir, an emperor who is not only an integral part of Indian history but was also born in India. They are trying to create hatred against a minority community and misguide people.”

Krishnan said Hindu fundamentalists had acquired “considerable clout under the current regime, and if we continue to vote for such people, it won’t be too long before India turns into another Taliban-ruled Afghanistan.”

“Indian women aren’t the property of these bigots or self-appointed custodians of society. Besides, is religion the only basis for marriage? We should be able to marry or be with any person of our choice as guaranteed by the Indian constitution. We’re dumbing down women’s intelligence if some feel we need others’ protection on such matters,” said Krishnan. 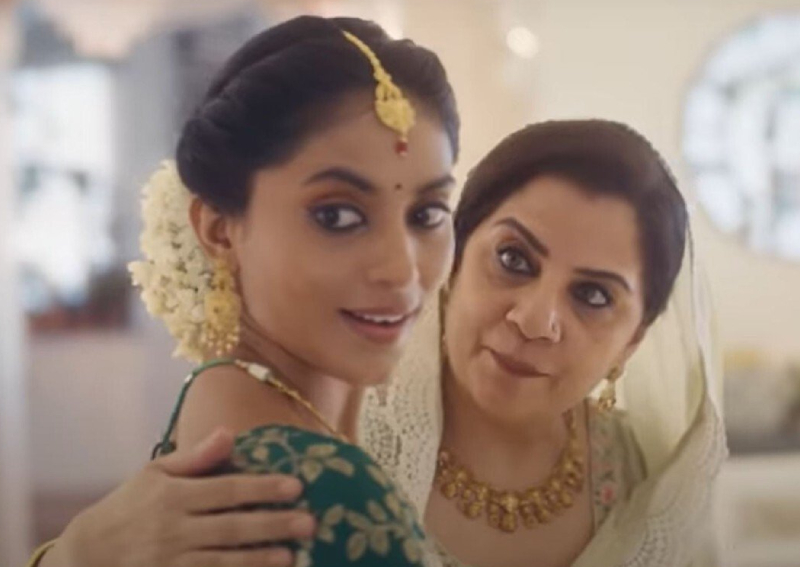 The issue of interfaith marriages has returned to the agenda after an incident earlier this year when jewellery brand Tanishq faced a right-wing backlash on social media for an advertisement that showed a baby shower organised for a Hindu mother-to-be by her Muslim in-laws. The company had to hastily withdraw it.

However, many say the advert was simply a reflection of Indian society. “If you look at history, every religion has tried to protect its sanctity and purity by preventing conversions and interfaith alliances. I see nothing wrong in this or opposition from people who object to interreligious nuptials. I’m a Hindu and if my son wanted to marry a lady from another religion, I won’t allow it,” said Vikramendra Kumar, a professor in the University of Delhi’s sociology department.

According to a survey in June by the Pew Research Centre, a Washington-based think tank, Indians of different faiths said stopping interfaith marriage was a 'high priority'. The research was done following the introduction of the state-level "Love Jihad" laws criminalising interfaith love.

Pew interviewed 30,000 people across India in 17 languages for the study, which found that 80 per cent of Muslim interviewees felt stopping interfaith marriages was important. Around 65 per cent of Hindus felt the same.

The survey also found that Hindus tended 'to see their religious identity and Indian national identity as closely intertwined'. Nearly two-thirds of Hindus (64 per cent) said it was very important to be Hindu to be “truly Indian”. The study found that, while sharing certain values and religious beliefs, members of India’s major religious communities “often don’t feel they have much in common”.

Despite such sentiments, more and more Indian men and women are falling in love and marrying people from different castes and religions even at the cost of being ostracised.

Mumbai-based Hindu-Muslim couple Zubeida Khanum and Manoj Kumar, both 27, are one such example. The couple married this February despite stiff parental opposition and their relatives still haven’t publicly acknowledged their union.

“Last month, my twin sister got married but we were not invited. It hurt so bad; I cried for days. Why do I have to pay such a heavy price for falling in love?” asked Khanum.