She gave a beauty clinic a bad review online. In Indonesia, that can be a crime Stella Monica Hendrawan with Anindya Shabrina Joediono, secretary of the Association for Victims of the ITE Law (PAKU ITE).
Handout

Stella Monica Hendrawan thought nothing of it when she took to Instagram to complain about a bad experience she’d had at a beauty clinic in Indonesia two years ago.

In her post, the 26-year-old Chinese-Indonesian claimed the acne treatment she received for six months in 2019 at a skincare clinic in the second-largest city of Surabaya actually made her condition worse – prompting her to later consult a dermatologist who put her on a different course of treatment.

“I merely talked about my experience as a customer with my friends,” she told This Week In Asia. “Little did I know that the clinic would accuse me of smearing its reputation.”

Hendrawan said the clinic was not satisfied with the formal letter of apology she sent, or the video apology she posted to her Instagram account – insisting instead that the fresh university graduate apologise by taking out full-page adverts in major regional and national newspapers at a cost of around 800 million rupiah (S$77,000).

Unable to meet these demands, Hendrawan found herself reported to the police under a controversial 2008 internet law that regulates online activity in Indonesia. The electronic information and transactions (ITE) law has long drawn criticism for its broad interpretations of defamation and hate speech, which rights groups say can be used to silence critics and stifle freedom of speech.

“I was declared a suspect in October 2020. A team of police officers visited me at home, confiscated my mobile phone and assumed control of my Instagram account,” she said.

Charged with defamation and spreading misinformation, Hendrawan could have been jailed for up to a year if found guilty – the same fate that befell some 88 per cent of those charged under the ITE between 2016 and 2020, according to the Southeast Asia Freedom of Expression Network (SAFEnet).

During the two-year legal battle to prove her innocence, Hendrawan said she felt “ostracised by those I thought were friends and my community”. “Many of my friends, even the ones from my church, distanced themselves from me,” she said, adding that she even thought about ending her own life at times.

Fortunately, Hendrawan was acquitted on December 14 following a lengthy pressure campaign fought in the courtroom, on the streets and on social media with the help of the Association for Victims of the ITE Law (PAKU ITE). But she is not completely out of the woods yet, as state prosecutors could yet file an appeal to a higher court.

HK Kosasih, a lawyer representing the beauty clinic at the heart of the case, said Hendrawan had “never made any complaints” about her treatment there, and had moved to a new clinic “without notice”.

He said she made “false comments” online about the treatment she had received at the hands of his clients only “after several months receiving treatment from the new clinic [and after] her condition deteriorated”.

“Genuine criticism … should not be made in [a] derogatory, offensive, insulting manner and should not contain false facts,” he said.

Anindya Shabrina Joediono, secretary of PAKU ITE, said Indonesia’s internet law has most often been used to target “lay people, consumers, student activists, journalists and those who dare speak truth to power” – with an estimated 70 per cent of cases referred to the police by government officials, agencies and business entities.

To fight Hendrawan’s case, PAKU ITE teamed up with a string of legal aid organisations, rights groups – including SAFEnet – and a journalists’ alliance, all of which have members who have fallen foul of the internet law. This People’s Coalition for Consumer Protection, as they called themselves, both provided free legal representation to Hendrawan and organised protests to support her cause.

“The aim was to bring public awareness of the case and to put pressure on the judiciary to act with fairness and integrity,” Joediono said.

Indonesian President Joko Widodo – who has pardoned multiple people jailed under the ITE law in the past – has said he wants to revise the controversial legislation, and in November a draft revision of it was reportedly being finalised to be sent to the national legislature for deliberation. The government has also formed a task force to oversee the law’s revision and provide guidelines for law enforcers to apply the law more judiciously. 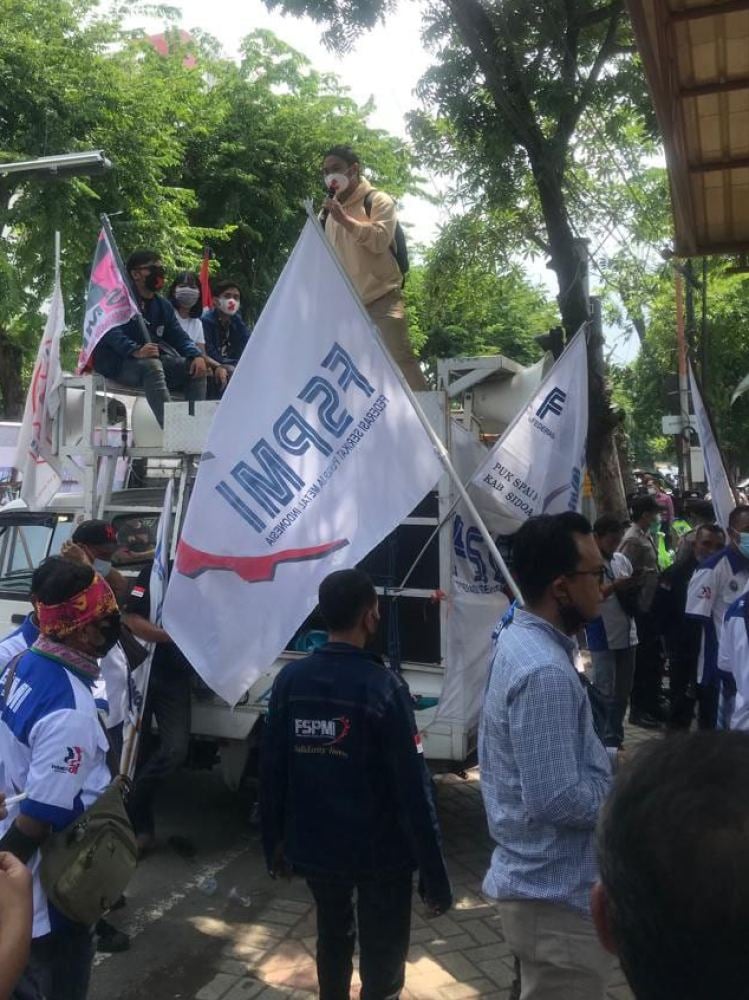 All this comes too late for Hendrawan, however, who said she was still traumatised by her brush with the law – but also grateful for the selfless support of those who came to her aid.

“I had never met these people before, but they sympathised with me and came to my defence without hesitation,” she said. “It was a humbling experience for me and helped put things into perspective. I truly believe they were sent by God to help me.”

The ITE law was last revised in 2016 after complaints about the draconian sentences contained within it. But its clauses remain vague and open to interpretation, with critics taking aim at loopholes they say allow for innocent people to be thrown behind bars.

Hendrawan, meanwhile, is left hoping prosecutors do not decide to appeal her case – further prolonging the fight to clear her name.

“I just hope that common sense and decency prevail, because my life was turned upside down because of it,” she said. “I may have emerged from it stronger but I think the whole thing was a travesty of justice.”