In the run-up to India ’s wedding season – which begins in October, marked by auspicious dates in the Hindu calendar – a clothing advertisement featuring Bollywood actress Alia Bhatt has sparked a debate about women’s rights.

The ad for ethnic-wear brand Manyavar casts questions on the centuries-old Hindu ritual of kanyadaan, the practice of the bride’s father “giving away” his daughter to the family she marries into, and also interrogates the concept of paraya dhan, which suggests the bride’s home is with her new family and no longer with her parents.

Dressed in a red-and-gold lehenga, Bhatt, 28, faces the viewer and asks in Hindi: “Am I an object to be separated, turned into a pariah and given away to someone else? Why only kanyadaan ?

A new idea is to believe in kanyamaan [respecting the bride].” The video ends with the married couple’s families joining hands to symbolise they are on board with Bhatt’s suggestion that bride and groom are equal partners in matrimony.

While the ad has won plaudits from some social media users for its progressive messaging about gender equality, others have slammed it as an insult to tradition and Hindu religious sentiments, sending the hashtag #BoycottManyavar trending.

Bhatt responded to its detractors in a statement saying she was glad to “convey a message that might bring about a positive change in society”.

The controversy reveals the uphill battle women in India face in ending gender discrimination and realising equality, even though this is protected by the constitution.

The country has slipped 28 places from last year to rank 140th among the 156 nations surveyed in this year’s Global Gender Gap Report from the World Economic Forum.

This lack of gender parity has widened social disadvantages, and is not without economic ramifications – women contribute only 18 per cent to India’s gross domestic product, and the McKinsey Global Institute has estimated that simply giving equal opportunities to women could add US$770 million (S$1 billion) to the country’s GDP by 2025.

Activists say child marriage is rife in India, even though the practice is illegal. Unicef data from 2018 showed that while such marriages were on the decline, the country was home to 223 million child brides – almost half of whom were married before the age of 15.

In recent months, the deaths of young married women in Kerala state have drawn attention to the banned but still widely expected practice of dowries handed over by brides’ parents. The custom has fuelled domestic abuse against women, activists say.

With these factors roiling in the background, online commenters have lamented that the focus on the Manyavar ad’s perceived insulting of religious traditions reflects how the ruling Bharatiya Janata Party has emboldened Hindu nationalists through its efforts to reshape India’s multireligious and multicultural identity.

The clothing brand has since issued a statement saying their idea was to promote a more “inclusive and equal space” for women in marriage and in life, according to CEO Vedant Modi.

Women’s rights activist Neha Arya, 36, said the attacks “reflect the highly patriarchal mindsets of our society” and praised the ad for raising “important questions of women’s dignity and equality”. 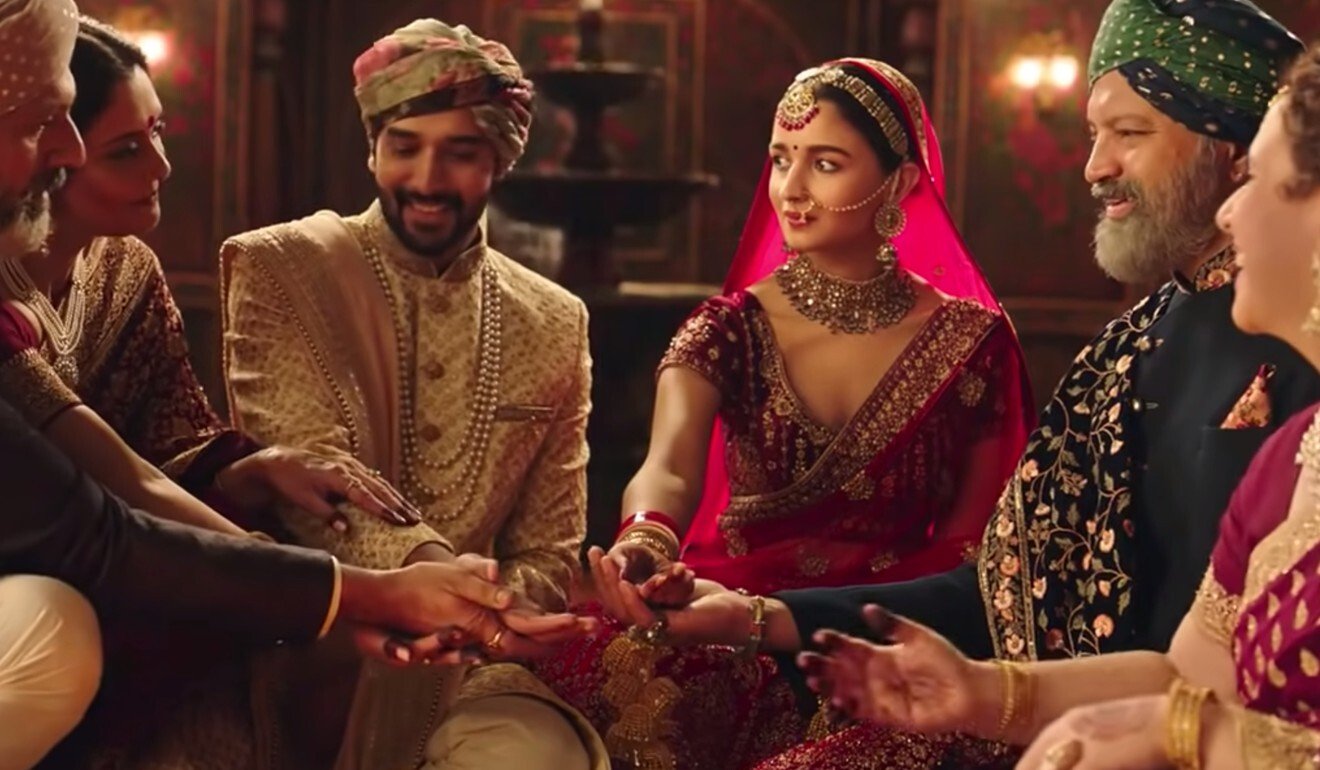 Anu Manga, a 26-year-old IT analyst who recently got married, said she “was very clear that I will not have kanyadaan at my wedding – and my parents agreed, even though eyebrows were raised by my in-laws”.

Tanishia Saxena, 21, who works in a multinational corporation, said as a Hindu, she felt the ad rightly questioned archaic concepts. “A girl has equal ownership in her parents’ home, and therefore, we should not be using terms that imply ‘your home is going to be somewhere else’, that they belong to someone else,” she said.

Mumbai-based sociologist Prateek Kakkar said the ad should be seen as a projection of a young generation that loves Indian culture but does not want to compromise on its progressive values. “Questioning cultural beliefs is a sign of civilisational progress,” he said.

The Manyavar ad also comes on the heels of an advertisement by confectioner Cadbury that sought to promote women’s equality in cricket-mad India, featuring a man running onto the field to celebrate a female player hitting a six.

Arya, the activist, pointed to how the government had yet to implement a bill that guaranteed women would occupy a third of all parliamentary seats in the lower house, even though it was passed in 2010.

“In a scenario weighed against women, any public messaging that promotes gender parity ought to be welcomed,” she said.