Traditional boats line up the shore in a secluded beach on the island of Boracay, central Philippines, Jan 18, 2016.
Reuters
PUBLISHED ONMarch 01, 2021 2:46 AMByElyssa Lopez

When the Philippine government started allowing local beach resorts to reopen to domestic tourists late last year, Evanika Makabali, a full-time graphic designer, was one of the first to book an extended stay.

“Being a travel junkie during a pandemic is really hard,” Makabali said. “I needed a breather.”

So to celebrate her 30th birthday in January, Makabali spent two weeks at a resort in Zambales, a coastal town north of Manila.

While she spent most of her mornings working and attending Zoom meetings, her focus in the afternoons turned to surfing, followed by nights melting her worries away with a bottle of cold beer.

Makabali is part of the small but growing market of long-stay tourists that Philippine resorts have been trying to attract since they restarted operations. Like many industries, local tourism was poised to have one of its best years yet in 2020 until the Covid-19 pandemic hit, bringing most businesses in the country to a standstill. 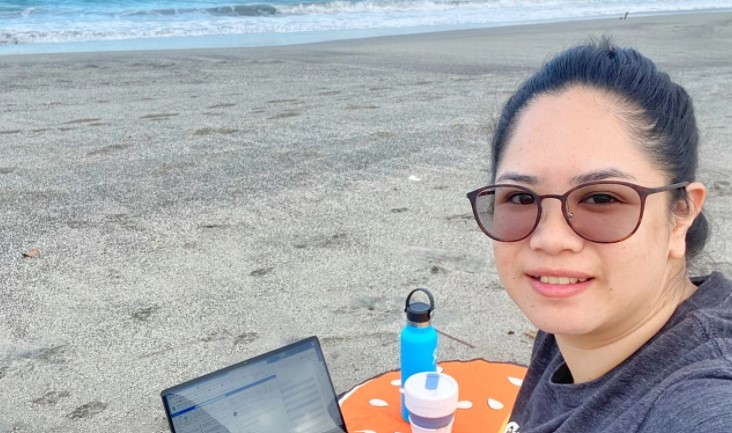 In 2019, the tourism industry contributed 13 per cent to the country’s GDP. International tourist arrivals totalled 7.1 million, with those from South Korea and China leading the pack. In 2020, however, that number dropped 81 per cent.

Meanwhile, domestic tourists who stayed overnight at resorts or in hotels in 2019 reached 46 million, but tourism authorities have not yet said how much that number dropped in 2020.

To help revive the hard-hit sector, the government opened “travel bubbles” in the third quarter of 2020 for tourist sites including Boracay and Palawan.

Domestic tourists from anywhere in the country can enter the destinations, as long as they present negative Covid-19 tests to resorts.

To lure visitors, some companies have crafted monthly packages that will allow guests to continue working while staying at beach resorts. The attraction is undeniable, especially when rates are discounted as much as 70 per cent compared to pre-pandemic prices.

In Boracay, the three-star Tides Hotel started offering daily rates of as low as US$27 (S$40) per night, or US$800 for a month. That is comparable to a monthly condominium lease in a central business district in the capital Manila.

In Palawan, private island resort Club Paradise Palawan halved its prices, with daily rates starting at only US$223, comparable to five-star hotel accommodation in the capital, pre-pandemic. The rate includes a daily buffet breakfast and access to high-speed internet.

Both establishments say bookings have risen 20 per cent since they offered the deals.

To the surprise of some operators, families have embraced the packages given that schools remain closed.

“Families who may previously go on trips abroad are now taking advantage of the packages offered by resorts instead. They’re taking trips thinking they can go on holiday without waiting for summertime,” said Claire del Rosario-Bernabe, marketing director of Club Paradise Palawan.

Orly Darnayla, an entrepreneur and hostel operator in Manila, even opened a new online booking platform focused on this niche market.

The premise is similar to the ubiquitous Booking.com, but with a twist: the resorts offered only present monthly rates. The platform earns a commission for every successful booking through the site.

“I thought of the platform after a friend asked for my expertise to turn another friend’s resort into a hub where digital nomads can work remotely,” Darnayla said. “As a remote worker for 16 years, I know what workers like me would want from a space, and what operators should expect from visitors.”

The resort filled half of its available rooms a month after offering the package. That is the maximum capacity allowed by the local government for resorts in travel bubbles.

Since then, Darnayla has reached out to other local resorts to introduce the package. His team not only loads the resorts onto the platform but trains operators on how best to accommodate remote workers.

Rates on Baybayin Hub are also more affordable than what luxury resorts offer, as they start at US$200 a month.

By early February, the Baybayin Hub already had 25 resorts on its platform, strategically located in different parts of the Philippines – from Zambales and Pangasinan provinces, which are two to three hours drive from Manila, to Palawan and Boracay.

“I can see us reaching 50 resorts by year-end,” Darnayla said. “But for this concept to prosper, authorities should embrace that this has potential, and allow more resorts to open for other visitors.”

At the moment, some provinces, like Zambales and La Union north of Manila, only allow visitors from neighbouring towns, and not from the capital. This limits the number of guests who can take advantage of the work-from-beach packages.

It remains to be seen how sustainable such packages will be for beach resorts. When asked if domestic travellers alone can sustain the tourism industry at least until the end of the year, Bernabe of Club Paradise Palawan only answered with a sigh.

“That’s a tough question to answer,” she said. “I can say, we can, but really, it’s been tough. We just have to wait and see.”