Fukushima, 10 years on: Researcher says the 'suffering is far from over' for residents of areas devastated by nuclear disaster A cafe hit by the 2011 earthquake and tsunami is pictured ahead of the ten years anniversary of the disaster in Iwaki, Japan, March 10, 2021.
Reuters
PUBLISHED ONMarch 15, 2021 2:10 AMByFiona Sun

Amid the barren fields and empty streets, Hong Kong nuclear radiation researcher Ray Lei Yu-ting still senses the lingering unease in the town of Namie, a decade after the Fukushima Daiichi disaster.

Sitting only a few kilometres north of the ill-fated nuclear power plant in Japan’s Fukushima prefecture, the town was devastated by the meltdown at the facility from the deadly earthquake and tsunami on March 11, 2011. Its entire population was evacuated.

Although the Japanese government in 2017 allowed residents to return to all but the most-contaminated areas, only about 1,500 residents – fewer than 10 per cent of the pre-disaster population – have gone back.

Wild boars and monkeys are still seen wandering the town, parts of which sit only five kilometres away from the disaster site. Thursday (March 11) marked the 10th anniversary of the earthquake, tsunami and nuclear tragedy, which together killed about 20,000 people. 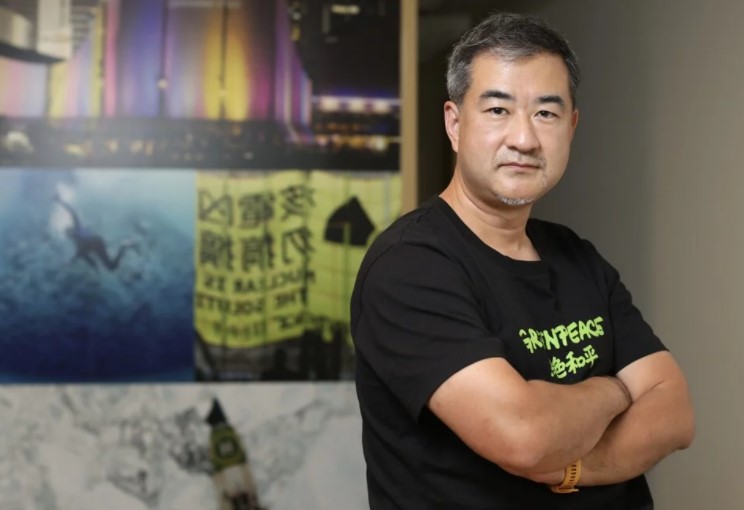 His team of about seven radiation protection specialists conducted field examinations, took samples and analysed data, before releasing the results to the public.

He says radiation levels in Namie and Iitate, a village located 40km northwest of the crippled nuclear plant, remained above the government’s safety threshold of 0.23 microsieverts per hour, despite years of decontamination efforts.

Many residents remain worried and are reluctant to return, while others miss home so much they have gone back regardless of the potential risks, he says.

“Sometimes there is an illusion that life has returned to normal, but then the wasted lands and dried-up paddy fields constantly remind us of the lasting suffering,” he says.

Greenpeace has sent its researchers to Fukushima every year since 2011 to investigate the radiological consequences of the disaster, the most severe nuclear accident since the Chernobyl catastrophe in 1986. They have conducted 32 field investigations over the past decade.

A report released by the group earlier this month shows that 85 per cent of the 840 sq km special decontamination area in Fukushima remains contaminated. There is no time frame for when the Japanese government’s long-term decontamination target will be achieved, the study adds.

Lei is an experienced environment specialist, who has investigated various disasters including the Dalian oil spill in 2010 and the deadly 2015 Tianjin chemical explosions, both in China.

But he says its investigation of the nuclear disaster is the longest so far, and unlike any that came before it.

Lei has visited Fukushima five times over the past decade. He recalls landing there for the first time in August 2011 to find the streets empty and stores abandoned.

The eerie lack of activity was in stark contrast to the flashing lights and beeping sounds of the traffic signals that were still operating.

Equipped with protective suits, goggles and gas masks, he and fellow researchers also carried specialist detectors to prevent them from being exposed to unsafe levels of radiation. They thoroughly checked their clothes for any traces of radiation before leaving the sites.

“Unlike other investigations, you can’t see the physical danger through your eyes in this case, as radiation has neither colour nor odour,” he says. “We were anxious and we didn’t know what would happen.”

Lei says that compared with the broad spread of radiation clouds that initially engulfed the areas around the disaster site, radiation levels have dropped and normality has returned in several areas over the past 10 years.

Located some 60km from the damaged nuclear plant, Fukushima City is operating as normal, and residents no longer talk about the tragedy, he says.

But the progress is too slow and limited in other places such as Namie and Iitate, where radiation levels have remained high, and many residents are still stuck between returning to their homes or abandoning them, he says.

Concluding the work over the past decade and setting off the next phase of investigation, Lei says one lesson that Hong Kong can learn from the disaster is that energy policies have a significant impact on society, and should never be designed based on monetary returns alone.

“The impact of the disaster has extended far beyond the significant financial loss. It has greatly affected people’s lives, and their suffering is far from being over,” he says.