On a late afternoon in Phu Quoc, Vietnam’s largest island, couples and families relax on beanbag chairs at a Middle Eastern-themed beach bar, clinking their glasses while watching the sun set on the horizon. A few metres away, children build sandcastles, jump into the waves and indulge in water fights.

A scene like this in April seems far-fetched amid a raging Covid-19 pandemic that has seen spikes in new cases and fresh lockdowns in Asia and Europe.

But this is a reality in Vietnam, where life is almost back to normal thanks to many containment strategies including border closures that have kept out almost everyone since March last year, except for repatriated citizens, foreign investors and businesspeople.

The country has recorded some 2,800 infections and 35 coronavirus-related deaths so far, despite sharing a border with China, where Covid-19 was first reported. 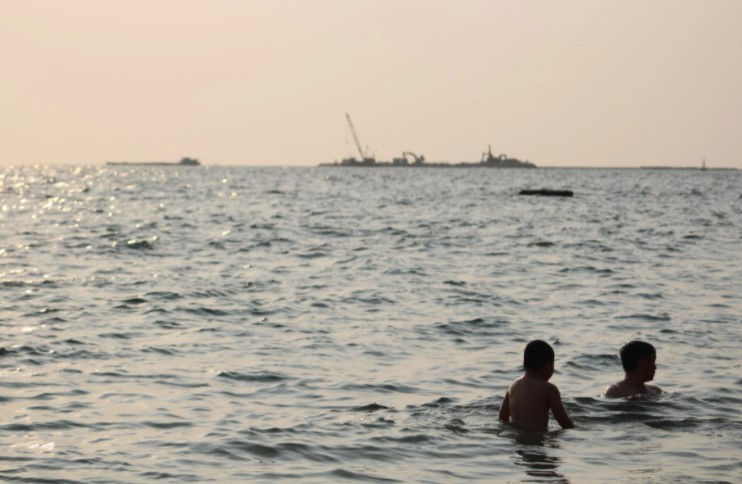 While the move has kept citizens safe, it all but killed international tourism, which was charting double-digit growth before the pandemic. As the country looks to open up, the government is hoping Phu Quoc can help turn Vietnam into a major player in regional and global tourism.

Last May, officials discussed opening selected islands, including Phu Quoc, to global visitors, while last month, participants at a tourism conference on the island floated the idea of using Phu Quoc to launch a pilot project for holders of “vaccine passports”.

Vice-Chairman of Phu Quoc island city Phan Van Nghiep at the conference said the island was ready to welcome international tourists and that he had been asked by the Indian embassy in Vietnam whether it could be open for Indians who are fond of the island, according to the government’s portal.

Among hundreds of developments planned for Phu Quoc is one linked to Vietnam’s richest man, Pham Nhat Vuong, whose Vingroup has built “the first sleepless super complex in Vietnam” at a cost of US$2.8 billion (S$4 billion).

Even amid talk of raising the international profile of Phu Quoc, the island is already a prime example of the dangers of overtourism.

The southwestern island, which has an area of about 567 sq km – about three-quarters of the size of Singapore – is home to picturesque beaches, coral reefs and waterfalls.

Literally its name means “fertile country” and there is greenery almost anywhere you go, with the Phu Quoc National Park covering more than half of the island’s northern region.

Even though it does not yet have the same tourism status as Thailand’s Phuket and Indonesia’s Bali, Phu Quoc has been overwhelmed by the number of tourists.

Last year, the island welcomed more than 3.5 million visitors and earned some 5.6 trillion dong (S$323 million) in revenue, according to official figures.

In 2019, it recorded more than 5.1 million visitors, a 27 per cent increase from the previous year. Most visitors are Vietnamese citizens, according to official records.

The visitor count is more than a dozen times that of Phu Quoc’s population of 146,000. This year, the island is aiming to attract 2 million people with discount packages.

But concerns about Phu Quoc’s inadequate infrastructure, waste pollution, water scarcity and flooding have called into question the sustainability of its tourism and economic development plans.

Dang Minh Hung, a 27-year-old tour guide and manager at a travel agency based in Ho Chi Minh City, said Phu Quoc was a popular destination for his customers, mostly middle-class white-collar Vietnamese workers between the ages of 20 and 40.

But Hung, who has guided some 1,000 visitors to the island since 2017, said recent investments by developers had drummed up tourists’ curiosity and increased tour operating costs.

“Because of the robust developments by Vingroup and Sun Group on the island, tours’ costs have become dependent a lot on these places. For example, it would cost 130,000 dong for a person’s meal elsewhere, but an OK meal in those places would cost 150,000 dong,” he said, adding that growing popularity in these tourism complexes might result in less attention being paid to cultural and historical sites on the island.

Among these sites are a Vietnam War prison where some 40,000 people including communist and political prisoners were held, tortured and killed between 1967 and 1973.

As of June last year, there were 321 development projects, spanning tourism, entertainment and other services, with a total registered capital of 340 trillion dong, according to the Vietnam National Administration of Tourism.

The department envisions Phu Quoc becoming “a high-quality tourism and resort centre for the whole country, the region and the world”, according to its website.

The development by Vingroup, the country’s largest conglomerate is aimed at making the island a ‘’new international destination in Asia”, according to the company’s press release.

Since the official opening this week, the Phu Quoc United Center complex opens a portal to a non-Vietnamese alternate universe with a Teddy Bear museum, a canal modelled after Venice, European artworks, carnival-dressed models providing photo opportunities for visitors, along with a 24/7 resort, entertainment, food and drink services and other luxuries. 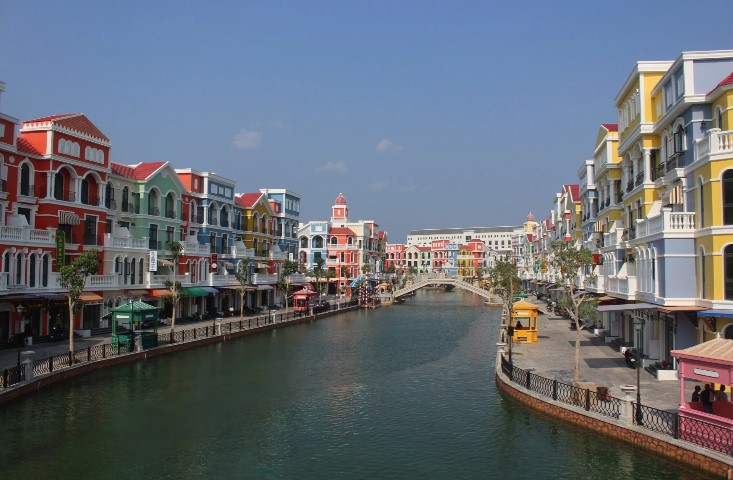 The instalment, with a scale of over 1,000 hectares, is the latest to Vingroup’s colony in the northern region of the island, on top of a theme park and a semiwild animal conservation park and other facilities.

Dominating in the south is Sun Group, a Vietnamese real estate developer and travel operator which has run a luxury resort and entertainment complex since 2018.

The complex features the world’s longest non-stop three-rope cable car. The company also operates the five-star JW Marriott Phu Quoc Emerald Bay Resort & Spa which in 2019 hosted the wedding of a billionaire couple from India and further pinned the island on the map. 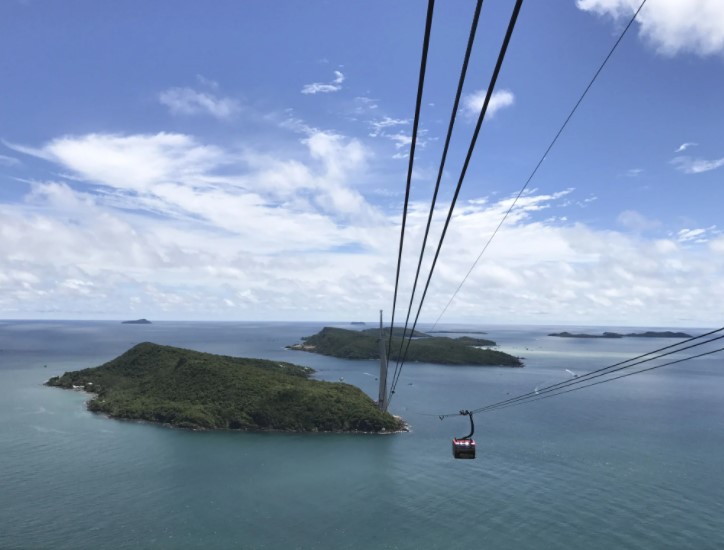 But the scale of tourism is putting too much pressure on the island’s infrastructure. Statistics from the local natural resources and environment office show the island generates nearly 200 tons of waste and 18,000 cubic metres of waste water a day while the collection capacity is only around 60 per cent, according to a 2019 report published by the magazine of the Vietnam Environment Administration.

The report added that landfill was at capacity, while uncollected and untreated waste was invading streets, canals, rivers, and streams and ending up at sea.

Locals see this when waste, most of which is plastic, washes up on public beaches like Khem in the south or Dinh Cau up north, depending on the time of the year. In contrast, private beaches at manned resorts are better kept.

There was a waste treatment plant with a capacity of 200 tons of rubbish a day but in 2018, the city government pulled the plug on it citing technical issues. 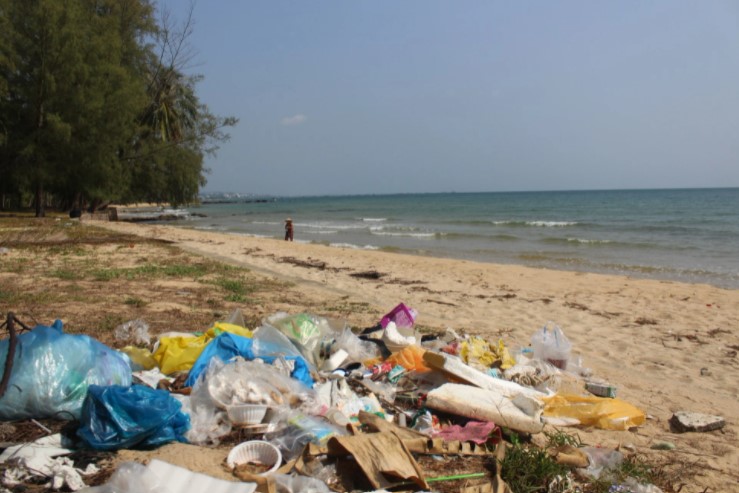 Local media reported last month that a different company had taken over the plant and was in the process of asking for the island city’s permission to run another pilot.

The island’s struggle with waste reflects a national issue - Vietnam generated about 64,700 tons of municipal domestic waste a day in 2019 – more than two-thirds of the waste is buried in landfills, while the remainder is either burned or turned into compost, according to a 2019 national report by the environment ministry.

The island also experiences significant flooding during the rainy season which overloads the drainage system. In Aug 2019, Phu Quoc suffered the worst flood in its history, sending hundreds of families to evacuate, while local officials blamed climate change and fast-paced urbanisation.

In the dry season, the island faces water shortages with a large share of the population, mostly in rural areas, still depending on groundwater for domestic use, according to findings published in March by the International Centre for Environmental Management.

The centre also highlights the pressure groundwater levels are under from the rapid development of the tourism sector, with poorly regulated extraction from hotels and restaurants across the island. 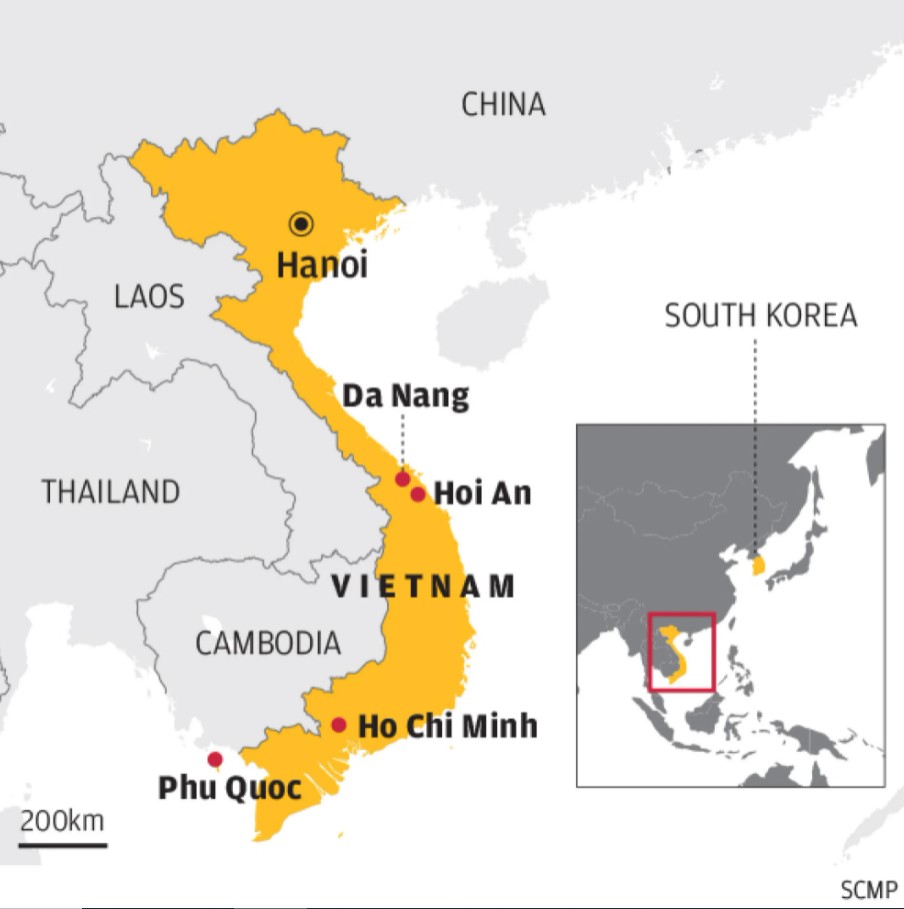 Soline Linh Le, a tourism and hospitality lecturer at RMIT University Vietnam, said one of the most concerning challenges facing Phu Quoc’s tourism industry was attracting and keeping talented manpower.

The problem was partly due to a lack of investment in basic needs such as public education and health care, Soline said.

“You see all different [construction] pieces trying to mix in one place. There is no clear direction,” she said. “There needs to be destination branding policies as well as more regulations in terms of land use and construction, but because of the ongoing developments, there needs to be flexibility as well.”

A transformation might be under way. Since 2018, the WWF has been promoting a plastic waste reduction movement at official, private and public levels. In 2019, Phu Quoc became the first city in Vietnam to join the organisation’s initiative Plastic Smart Cities to end plastic pollution by 2030.

There are, however, many obstacles to that ambition. According to Nguyen Thi My Quynh, a project manager at the WWF’s Plastic Marine Protected Areas programme, one of them is that the waste management infrastructure is not developing at the same pace as plastic consumption caused by the recent urbanisation and development in the tourism sector.

The Vietnamese government and the World Bank are also working together to finalise a master plan called the Phu Quoc Sustainable Water Management Project which, if approved, is projected to cost around US$174 million, pulling funds from the bank and nonbank sources.

“The planned project investments are highly relevant to the sustainable development of Phu Quoc and the island’s capacity to absorb and support tourism as a quality destination,” said David Lord, the project leader and the World Bank’s Senior Water Supply and Sanitation Specialist.

A 2019 report with a focus on tourism development published by the bank said that Vietnam “stands at a tipping point in its tourism development and is at risk of slipping down a trajectory that leads to the overexploitation of and damage to the assets that attract tourism in the first place”.

It suggested that Vietnam act decisively to reposition its tourism sector for more sustainable growth.

Ba Hung, a bee farmer who works and lives on a farm near Phu Quoc National Park, is trying to raise awareness among tourists and local communities about the importance of protecting nature, with a particular focus on bees, the world’s most important pollinator. 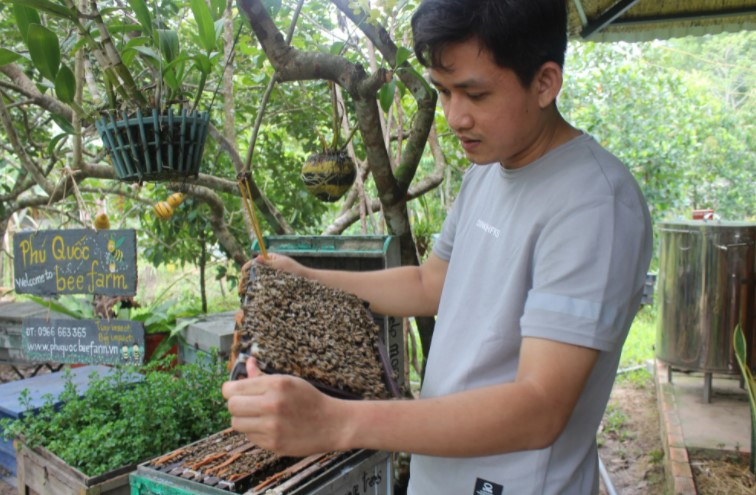 “You can’t grow bees like other species with things like cages. Bees are very smart. They examine the surrounding environment and if it’s not good, they will leave,” Hung said, standing in the multi-crop farm filled with the sound of chirping birds and buzzing bees.

“Here, we don’t grow bees, we keep them here with us by creating a favourable environment for them,” he said. “The one spoon of honey you just ate, that is equal to 12 bees working all their lives.”

The family-run farm provides free farm tours and crash courses on bees’ circle of life and the benefits of honey.

The Mekong Delta native said his farm offered an out-of-the-ordinary experience to visitors on Phu Quoc, helping them to appreciate the island’s nature and enticing them to return.

He added that he was currently working on a reusable food packaging product made of bamboo fibre and beeswax, and hoped local restaurants and hotels would consider it as an alternative to cling film.