Isabella was left perplexed when her appointment for a free dose of the Chinese-made Sinovac vaccine was suddenly cancelled last week.

The Argentine national, who has been living in Indonesia for 15 years, was told there was now a charge for foreigners looking to get vaccinated.

“They suddenly said (Jakarta’s health agency) was pushing all hospitals to push foreigners to use the ‘gotong royong’,” she said, referring to the paid vaccination scheme under which Indonesia offers two doses of China’s Sinopharm vaccine for 700,000 rupiah (S$65.60).

Isabella asked This Week in Asia to withhold her real name due to the sensitivity of the issue, as she works as a frontline science researcher.

She and her son were in the Jakarta town hall, which has been turned into an expatriate-only vaccination centre, on Tuesday (Aug 24) with hundreds of other foreigners who remain in the country despite an exodus amid Indonesia’s Delta-variant-driven second wave of Covid-19.

“I don’t have a problem with paying, I believe it is necessary to get protection,” she said.

“But my question is, why is Indonesia allowing its citizens to go to Singapore or the United States, who then post all over Instagram that they’re getting free Pfizer vaccines, but here there’s actual (regulations that say) foreigners (have to pay for vaccines)?”

Jakarta on Sunday (Aug 22) said it had reached herd immunity – with around 57 per cent of residents having received two doses, and most receiving one, amid a fall in case numbers – though these claims have been questioned by experts.

However, foreigners living in the capital are still facing hurdles to get jabs that have been prioritised for Indonesians.

Even locals have reported running into red tape in their bid to get vaccinated, and the documentation requirements for foreigners are even more stringent – permits, residency certificates, and a personal registration number, known by the acronym NIK.

They have also been told they must pay for inoculations, unlike foreign residents of neighbouring countries such as Singapore and Malaysia, as well as Hong Kong.

Morgan, a 19-year-old American who asked for her name to be changed in this story, has yet to receive one jab after being turned down by at least four hospitals and health centres in her quest to get the Moderna or Pfizer vaccine, which have been approved by the US Food and Drug Administration.

“I don’t have an NIK, so I keep getting turned down, even though I am a permanent-stay permit holder. Even if I had a NIK, many places only accept (Indonesians),” she said.

“Travelling to the US to get vaccinated was the only advice the US Embassy in Jakarta had for … Americans here,” Morgan said, adding that this was both prohibitively expensive and irresponsible. 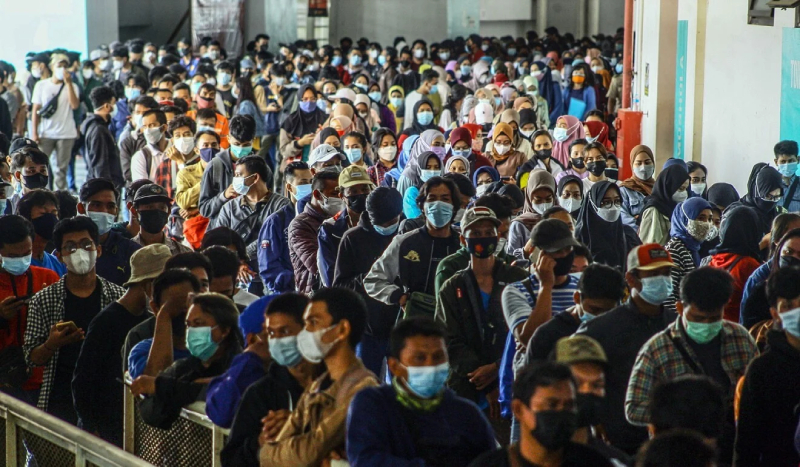 Indonesia has secured 202 million vaccine doses so far, largely provided by Sinovac. Jakarta and Bali are the highest vaccinated provinces.

In big cities on Java island, such as the capital, Indonesians can show their identity cards – or KTP – and head to mini-vaccination centres at shopping centres or other public buildings to get a jab.

However, vaccine shortages have been reported on other islands, such as in the cities of Jambi and Lampung on Sumatra.

Overall, only 12 per cent of the country’s population of 270 million have been fully inoculated, and Indonesia still needs 224 million more doses to meet its target of immunising 208 million people.

Rules also vary depending on those organising the vaccinations in different locations. Many foreigners in Bali are eligible for vaccinations just by showing their temporary or permanent stay permits.

Under the paid vaccination scheme, foreigners who have been registered by their government-recognised companies can also just show their passports to get a jab.

Some 1,000 foreigners in Jakarta have been registered under the paid scheme offered by the Indonesian Chamber of Commerce and Industry (Kadin), 350 of which had received the first Sinopharm jab on Tuesday, according to the Jakarta health agency.

However, those without NIKs may not have their shots recorded in the national Covid-19 and vaccination tracking system, a mobile application called PeduliLindungi, which is now required to enter government buildings, shopping centres, and to travel domestically.

The difficulty of getting vaccinated was cited by the Japanese embassy as the top reason many of its citizens left Indonesia last month, when the second wave was at its peak, with the country averaging 40,000 new Covid-19 infections daily.

Almost 26,000 foreigners left Jakarta between July 3 and Aug 12, according to authorities at the Soekarno-Hatta International Airport.

Japanese and Chinese citizens made up the largest share at 4,373 and 3,367, respectively, followed by South Koreans, Americans, and Russians. 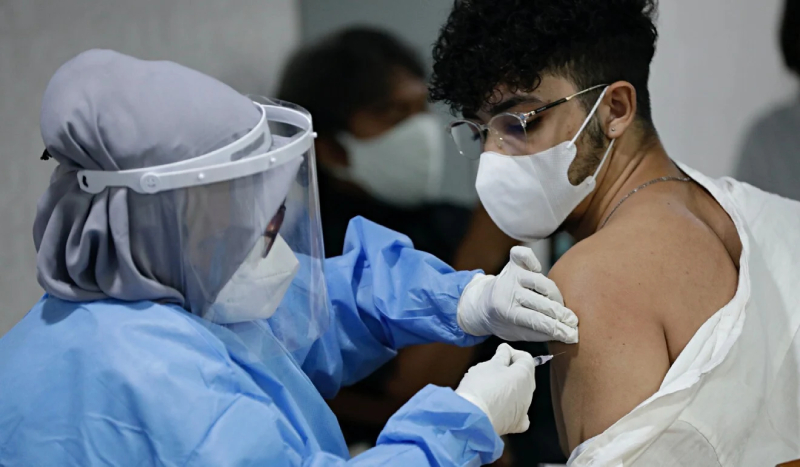 Indonesia on Wednesday recorded 18,671 new infections and 1,041 virus deaths. A total of 4,856 foreigners have been infected in the country, 31 of whom have died.

The expatriate exodus has underlined the increasing distrust among foreigners towards the Indonesian government’s handling of the pandemic, said Didik Rachbini, rector and economics professor at Paramadina University in Jakarta.

“Expatriates also do not trust the Sinovac vaccines offered by the government due to its low efficacy rate, compared with the Pfizer or Moderna vaccines,” he said.

While Didik said the departures might taint Jakarta’s image among the international community, he added they would not hurt foreign investments in Indonesia, as manufacturing activities in some industrial parks were largely undisturbed by the pandemic.

“Factories in Jababeka (industrial estate) are not affected by the (second wave) since they rely on heavy machinery and impose strict health protocols. But it may have affected labour-intensive factories, such as those producing cigarettes,” he said.

Widyastuti, the head of Jakarta health agency, said there would be more vaccination programmes for foreigners in the near future.

“We are still tweaking (the programmes). This is not purely a local policy, we still need to coordinate with the central government,” she said.

Jakarta governor Anies Baswedan on Tuesday said asylum seekers and refugees in the province would get their free shots soon.

In the meantime, American national Morgan said she would continue to press the US government by writing letters to the White House and to US senators to facilitate vaccinations for US citizens overseas.

“I would like to make clear that we want to minimise the blame on the Indonesian government,” she said. “The US government must take responsibility to get its own citizens vaccinated in this raging pandemic, regardless of where they reside.”