As countries around the world prepare to celebrate Lunar New Year, this year's zodiac animal — the tiger — has popped up in many public spaces.

However, a few tigers on the prowl in Phu Tho, Vietnam have got netizens chuckling over how strange they look.

While the big cats are usually associated with vigour, the ones on display there appear much skinnier.

These tigers have much larger noses and friendly-looking eyes, appearing to be goofier than they normally look. One of them even had a silly grin on its face.

Photos of the big cats circulated on social media last Sunday (Jan 16), eliciting laughs and a number of comments from netizens who came up with creative reasons to explain the tigers' wacky appearance. 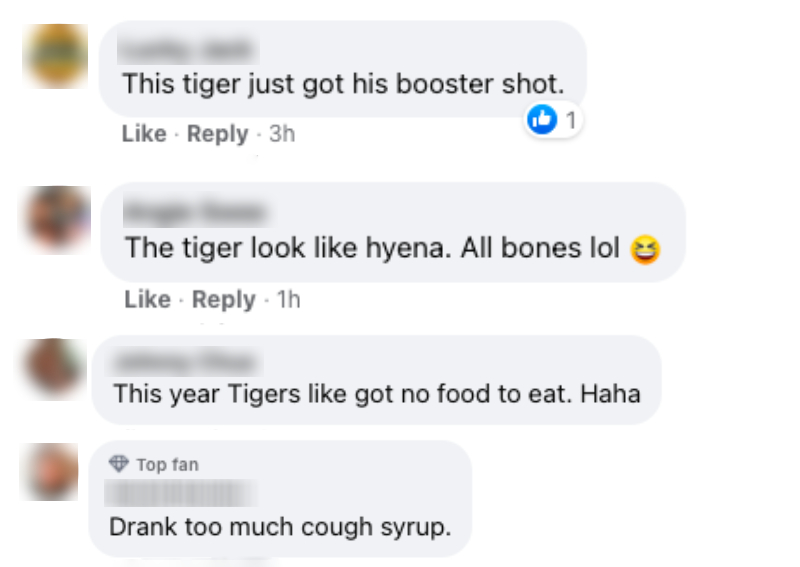 After photos of these tigers went viral, the town's authorities temporarily removed them so that they could rework their appearance, a Vietnamese news outlet reported.

Some strange-looking tigers were also spotted in Singapore.

Two weeks ago, netizens noticed that Chinatown Point's otter mascot was turned into a tiger for the upcoming Chinese New Year celebrations.

For those who thought the mall's rat and ox mascots looked rather similar, a spokesperson confirmed that the display can be "adapted for a number of campaigns".