Developing Asean is getting old before getting rich, and pensions aren't keeping pace Samorn Anantakul, 75, lives in a sparse room in eastern Thailand , with just a handful of belongings, including a television set, an old clock, and a plastic shelf of ointments and medicines, to keep her company every day.

Until last year, it was a home she shared with her husband of 46 years, who died at age 91.

Now, his made-up bed lies empty. Samorn keeps a photo of him in his younger days, dressed in a crisp naval uniform, in a handbag that hangs near her pillow.

“I miss him. It gets lonely,” the widow says. “I don’t have kids, and I don’t want to ask my niece and nephews to come to help me too much. They have their own lives and problems.” 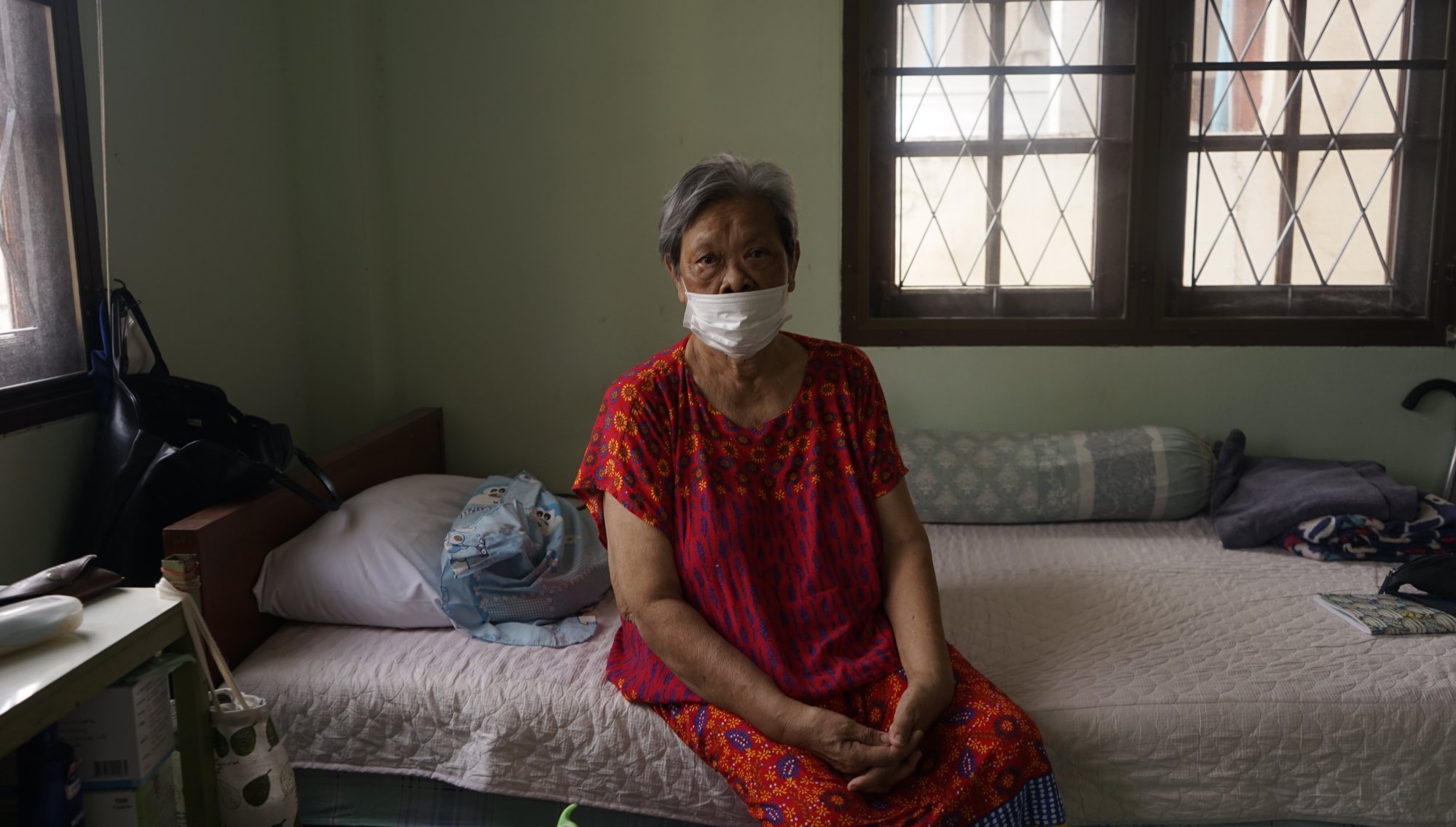 With an income of 700 baht (S$30) from a statutory monthly pension, Samorn says she doesn’t turn on the air-conditioning even in the sweltering Thai summer to save on power.

“I wish the government would provide affordable homes for old people,” says Samorn, who has a range of medical conditions including diabetes and hypertension. “I go to bed alone every day … if something happens to me, at least someone there would know.”

Samorn is part of a growing demographic in the Asean region, which is home to some 660 million people and eight developing economies.

Wealthier Brunei and Singapore, which have higher per capita incomes than the incomes of all other Asean countries, have seen positive results from their efforts in providing social welfare for the elderly.

The other eight member nations – Cambodia, Indonesia, Laos, Malaysia, Myanmar, Thailand, Vietnam and the Philippines – are facing the problem of becoming grey before they become rich.

The United Nations has projected that in nine years, there would be more than 109 million people aged 60 and older in Asean economies, or more than 15 per cent of the total population. 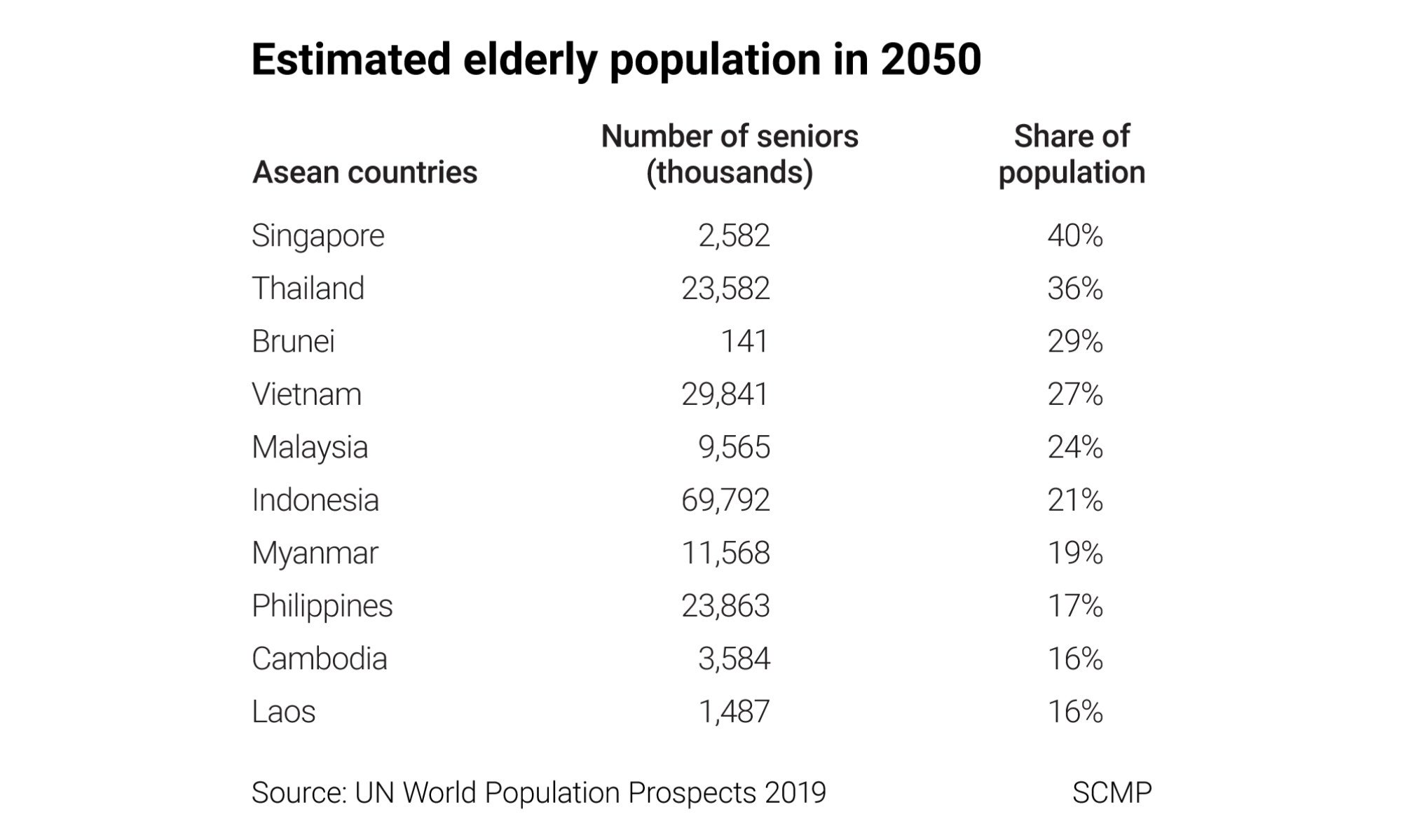 That number will rise to over 176 million in 2050, making up a little over 22 per cent of the bloc’s total population, with falling fertility rates among the factors contributing to the trend, according to UN World Population Prospects 2019, though individual countries’ share of elderly population is projected to vary significantly.

Most Asean countries have pension programmes, which are often combined with either a provident fund – a form of institutionalised mandatory individual savings account – and/or schemes such as universal or social assistance. But the payouts are low and not everyone qualifies for state support.

In the region, only about one-third of people aged 60 and older receive either a regular or one-time lump sum pension payment, according to a report released last year by the International Labour Organization (ILO) and Asean.

For those from developing countries who do get a payout, the minimum monthly cash benefits in many cases are lower than the minimum wage.

In Vietnam for instance, people above the age of 60 are entitled to social assistance of at least 270,000 dong (S$16) a month – a sum that’s 16 times less than the country’s monthly minimum wage of 4.42 million dong.

In Thailand, the monthly minimum old-age allowance for those 60 or older is 600 baht, barely one-tenth of the minimum wage.

In a report released in 2019, the ILO warned that some 16 million Vietnamese could end up with no pension in 2030, unless the government implemented “a significant expansion of the tax-funded scheme”.

It also pointed out that many informal workers in Vietnam were not covered by pension schemes, and virtually all of them had no access to social insurance benefits.

Some three in four workers in Vietnam are informal workers, mirroring the statistics in other developing nations in Southeast Asia, according to the ILO.

There is also a blind spot in the region’s support systems, which do not give enough attention to the gendered aspect of ageing.

According to the World Health Organisation (WHO ), women generally live longer than men – by six to eight years on average.

And because many women typically tend to spend fewer years in the workforce due to having more care duties, their contributions to their national pension systems are generally lower than compared to men.

Those who have few or no children are left to fend for themselves if they do not receive sufficient state support.

While many developing Asean nations still have large economically active populations, with more than 73 per cent of people between 15 and 64 are in the labour force, according to the World Bank, family sizes are becoming smaller.

In the 1950s, women in Asean countries gave birth to between 5.5 and 7.5 children, according to UN data. Today, that number is between one to three children, as women’s access to education and economic opportunities have improved over the years.

The changes in family structures means governments in the region need better plans to support senior citizens, said Bussarawan Puk Teerawichitchainan, an associate professor at the National University of Singapore who focuses on Southeast Asia’s family and population issues.

Traditionally across Asia , there is an expectation that children will support their parents in old age, she said. Even wealthy countries, such as Japan, Singapore or South Korea , which are better placed to offer social support, continue to “emphasise family as the front line of old-age support”.

However, shrinking family sizes means some seniors may not have any children to rely on when they enter the twilight years. “This necessitates the government’s invention,” Puk said.

A 2016 study by HelpAge, a global non-governmental organisation that fights for the rights of the elderly, found that many people in Asean countries depended on children and work as the main sources of support due to the limited social pension coverage.

In Cambodia , there is no universal social pension scheme, forcing workers to work long past the point they are able to, said Tum Vira, the executive director of HelpAge Cambodia.

“There is not yet a universal social pension scheme for older people in Cambodia. The pension system exists and is applicable for veteran and retired civil servants,” he said.

Vira added that the country’s social protection system only covered people who held official papers that confirmed their poverty status based on a national standard.

“Elders who do not have a family to provide support and care for them have to work until their final days,” Vira said.

For children, the burden of caring for the senior generation can be a source of emotional and financial stress.

Nget Thy, a policeman in Cambodia, takes turns with his extended family members to take care of his 77-year-old mother, Mom Yem.

“After my father passed, my mother was still trying to work on the farm until she was 71,” he said. “Now she relies on her children completely. She needs to take regular medication for high blood pressure and diabetes.” 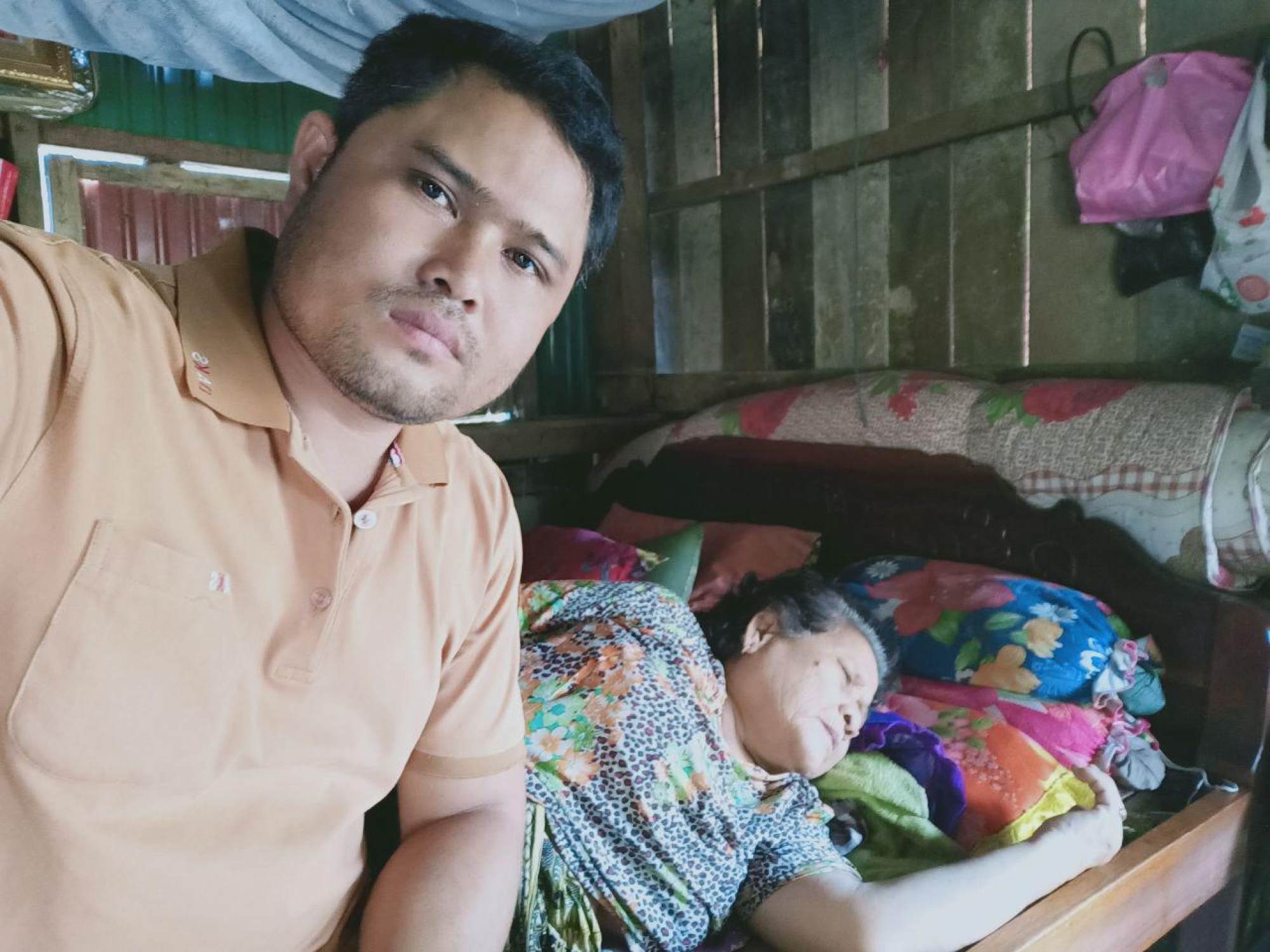 Thy said he was sometimes worried about not being able to sufficiently provide for his mother, who lives near his home in the northern province of Battambang.

Yem is identified as a poor person by the government, which allows her to access free public hospital service. Thy and his siblings chip in money to cover her expenses.

“It takes every member of the family who lives nearby to care for her,” the policeman said, adding that his nephews also did the house chores, including cooking and cleaning for their grandmother.

“I cannot be constantly there for her every time she needs, but I try to support her as much as I can,” Thy said. “What I can provide for her now is not equal to what she has provided for me. I am happy and grateful that I can do this for her. That is to help her within my ability.”

In Japan, which has the world’s largest population of senior citizens, the government is hoping to set up a nationwide “community-based integrated care system” by 2025 where professionals from different areas work together to provide a range of services, such as nursing, housing and livelihood support, at a subsidised cost.

The approach targets the whole community of older people rather than just high-risk individuals.

South Korea has since 2018 experimented with a similar system where professionals collaborate and cater to the elders’ multifaceted needs in their own homes.

While governments in Southeast Asia may not necessarily use the same policy approaches as their wealthier counterparts because of limited resources, social and economic structures, some nations have already come up with their own solutions, Puk said.

The multi-approach activities, including mental and social care, income generations and volunteer-based home care, have been integrated into national programmes and policies.

Advocates say despite the economic and social impact of an ageing population, there are silver linings to be gained from their experiences.

Seniors can contribute to society with the right opportunities and support, said Usa Khiewrord, a regional programme adviser at HelpAge International.

“To do this, we have to first change our mindset about older people,” she said.

Studies in low- and middle-income countries in Asia and beyond, including Kenya, Georgia and Mauritius, also showed that universal social pensions could allow people to lead a decent life in old age, she added.

While the Covid-19 pandemic has caused many economies to contract, making it more challenging for countries to provide services for older people, Khiewrord said it also offered them a chance to include older people in response measures and in the recovery phase.

Governments should also consider the potential contribution of older workers in economic development beyond Covid-19, she added.

Tanachorn is part of the government’s funded volunteer programme for the elderly, which sends two caregivers to each district across the country.

“I’ve been volunteering for 18 years and to me … it’s a pure joy,” said Schroeder. “I feel a lot of empathy when I see old, sick people especially when they’re abandoned, lonely.”

Tanachon has become so attached to some of her wards that she visits them, including Samorn, even when she is not scheduled to work.

“Seniors would rather be with other old people making friends and doing activities than surrounded by families who don’t care enough for them,” she said.