The daughter of Indonesia ’s founding president Sukarno on Tuesday (Oct 26) gave up Islam and embraced Hinduism, in a move that human rights and political observers held up as evidence of religious pluralism in the world’s most populous Muslim country.

Some went a step further to say that Sukmawati Sukarnoputri’s religious conversion – which would be considered blasphemous in other Muslim-majority nations including Malaysia – could be interpreted as her opposition to the growth in political Islam in Southeast Asia’s largest economy.

Officials in the nation of 270 million people, where 86 per cent of residents are Muslim, have in the last decade sought a larger role for Islam across society and politics, while Indonesia continues to grapple with radicalisation and militancy. 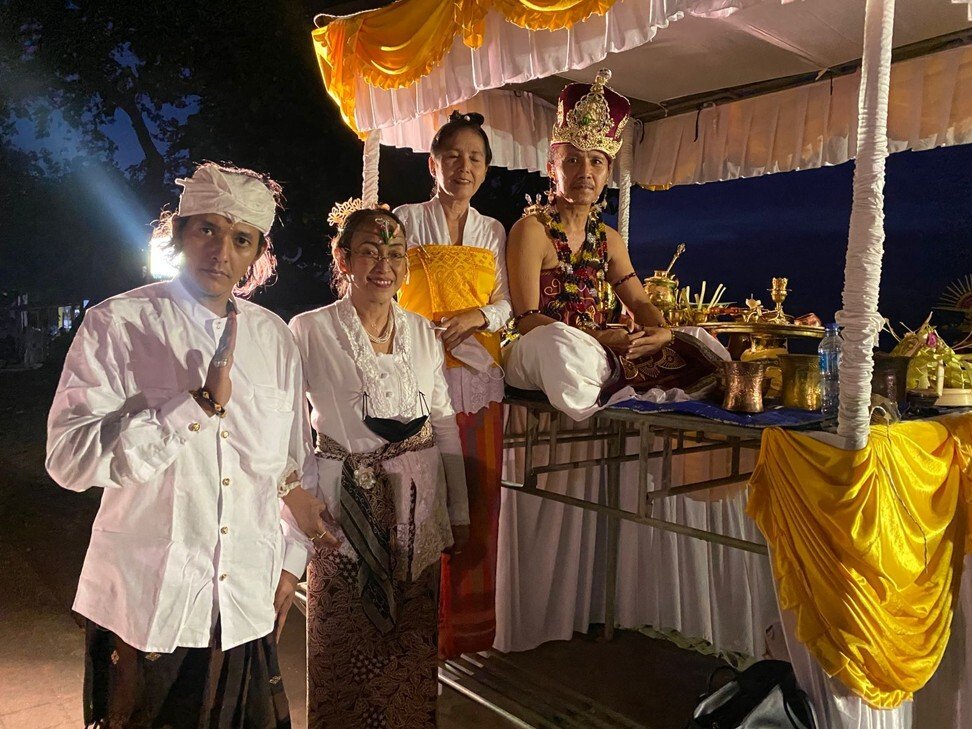 Sukmawati’s decision thus raises the question of any impact on the electability of her family members.

Her niece, Puan Maharani, is among a group of political scions likely to vie for the top role in the 2024 presidential election. She is the daughter of Sukmawati’s eldest sister, Megawati, who was Indonesia’s first female president from 2001-2004 and still leads the Indonesian Democratic Party of Struggle (PDI-P), the political vehicle of President Joko Widodo.

The Sukarno name still commands respect as he was the face of a secular nationalist movement that won Indonesia independence from Dutch colonial rule.

Analysts say the Sukarno name and Megawati’s influence have unified the PDI-P, allowing it to remain a force in Indonesian politics, where several political dynasties hold sway. Critics could portray Sukmawati’s decision as her disrespecting Islam to rile up the growing number of conservative voters.

Alexander Arifianto, a research fellow at Singapore’s S. Rajaratnam School of International Studies, said Sukmawati was “making a statement about the political conditions in Indonesia, that has become more influenced by Islam and radical Muslim groups”.

According to Arifianto, many “intellectual, cultural practitioners” left Islam for Hinduism in 1965-1966 to protest a purge of alleged communists or those perceived as left-leaning, such as ethnic Chinese, labourers, students and artists. The academic said the killings were carried out “by Muslim groups such as Nahdlatul Ulama”, Indonesia’s largest moderate Islamic group.

Arifianto said he did not believe Sukmawati’s embrace of Hinduism would affect the PDI-P’s electability in 2024 or in the long run.

“Most of those protesting [Sukmawati’s decision] are the conservative, radical Islamic groups, who never voted for PDI-P in the first place, while the pluralist groups, including NU and other tolerant groups, will keep supporting the party,” he said.

Neither would the move attract more voters to the PDI-P, he said.

Millennials and Gen Z voters are typically more tolerant and embrace diversity, and thus more critical towards Widodo’s policies. “The millennials are still looking for a progressive political party, and the majority of the parties in Indonesia tend to be conservative,” said Arifianto.

Sukmawati is Sukarno’s fourth child with Fatmawati, Indonesia’s inaugural first lady who is renowned for her role in constructing the flag used in the declaration of independence in 1945.

Known to be passionate about politics and the arts, Sukmawati in 1998 revived the long-dead Indonesian National Party (PNI) after the fall of strongman Suharto, who had been instrumental in deposing Sukarno in 1966.

But the party, which she renamed PNI Soepeni, performed poorly in the 1999 election, garnering 0.36 per cent of votes. Sukmawati again changed the party’s name to PNI Marhaenisme, but it too only managed to secure one seat in parliament in the 2004 election.

Five years later, the party lost its only seat after another weak showing. Sukmawati has not returned to politics since 2011.

In 2016, she clashed with religious fundamentalists when she filed a police complaint against now-jailed radical Muslim cleric Rizieq Shihab for allegedly insulting Sukarno and the Indonesian state ideology Pancasila, includes one divinity in God as well as a just and civilised humanity, among others. The case was later dropped as Rizieq fled the country in 2017 following an investigation into a pornography case.

In 2018, conservative Muslim groups reported Sukmawati to the police for blasphemy, after a poem she recited at a fashion event was deemed to have insulted the Islamic hijab and call to prayer. She later apologised and declared that she was a “proud” Muslim.

In comments made to local media outlet Warta Ekonomi , Novel Bamukmin – part of Rizieq’s legal team and vice secretary general of a conservative Islam movement called 212 Alumni Brotherhood – said Muslims should be “thankful” that Sukmawati was now a murtad , or someone who had quit Islam.

“We [the Muslims] no longer need to be worried about her behaviour, [which was driven by] her religious uncertainty at that time,” he said.

He also bid “goodbye” to Sukmawati, praying that her decision “will be retaliated justly by Allah”.

But Abdul Mu’ti, general secretary at Muhammadiyah, the country’s second biggest Islamic group, urged Muslims “not to overreact, as it is an ordinary, personal event”.

In India, a right-wing Hindu nationalist media outlet OpIndia linked Sukmawati’s conversion to a centuries-old prophecy that a mystic priest called Sabdapalon would return and “restore the glory of the Hindu Javanese religion”.

Sukmawati’s conversion ceremony took place on the majority-Hindu resort island of Bali, in the house of her grandmother, who herself was a Balinese Hindu.

Arya Wedakarna, a close friend of Sukmawati and the head of Sukarno Center in Bali – a museum dedicated to the founding president – said Sukmawati’s relatives had given their blessings for her conversion.

“She said she received [mystical] guidance from her ancestors, including her grandmother,” Arya said.

He added that Sukmawati had been interested in Hinduism for 20 years, having visited all the major temples in Bali and read Sanskrit epics such as Mahabharata and Ramayana.

Sukmawati’s ceremony was witnessed by her son, Muhammad Putra Al Hadad, and heavily guarded by pecalang, or Balinese security forces﻿.

Arya likened Sukmawati’s conversion as a demonstration of courage, just as her grandmother did when she married Sukarno’s father Raden Soekemi Sosrodihardjo, a Javanese Muslim, at the end of the 19th century.

“What Sukarno’s mother did was revolutionary. At that time, we had never heard a daughter belonging to a Balinese noble family married to a Javanese, Muslim man,” Arya said.

“We the Hindus are very happy that a national figure has decided to re-embrace the Hindu Dharma. This shows that the Sukarno’s family really practises religious tolerance. A conversion with no obstacles is good for the nation, what an extraordinary moment.”