As much of the Asia-Pacific spent 2021 in degrees of lockdown, people quit their jobs for their well-being, climate policies made headlines, a K-drama idol was cancelled (and then un-cancelled), and a politician apologised for cursing at China. Here’s a look at some of the year’s most memorable stories.

Oh no, they didn't

Historical differences between South Korea and China came to the fore early this year when an online dispute erupted over the late poet Yun Dong-joo, who was born in Mingdong, a village in present-day northeast China.

A plaque on his ancestral home refers to Yun — the son of Korean Christians who left the Korean peninsula in the late 19th century to escape famine — as a "Chinese ethnic-Korean patriotic poet", drawing howls of disapproval from South Korean netizens who argued that if Yun were Chinese, "he would have written poems in Chinese".

One irate user said: "I would not be surprised if the Chinese claim [the Korean alphabet] Hangeul belongs to them as well."

The saga was the latest Chinese-Korean disagreement to emerge in recent times — with netizens having earlier clashed over the origins of kimchi and the Dragon Boat Festival in arguments so intense that they prompted diplomats in Seoul and Beijing to respond. — Maria Siow

No good deed goes unpunished, so the saying goes. In China’s case, its efforts this year to donate as well as sell its Covid-19 vaccines — in particular the CoronaVac jabs by Sinovac — received lots of negative publicity.

Sceptics were doubtful of the inactivated vaccine’s efficacy given that data showed it offered lesser immunity compared to the messenger RNA (mRNA) vaccines produced by the likes of Pfizer, Moderna, and Johnson & Johnson.

In the diplomatic sphere, China hawks questioned whether Beijing was using vaccines to bring countries closer within its diplomatic embrace in the same way it has wielded cheap infrastructure loans in recent years. 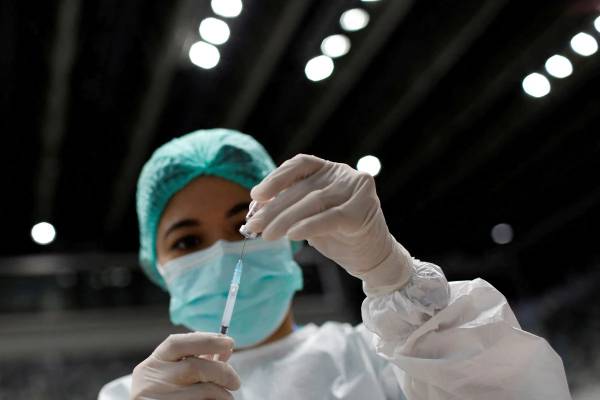 At the time, some within the diplomatic commentariat suggested the shipment was a signal that China was indirectly exerting pressure on Singapore to approve the vaccines.

But as Peking University professor Zha Daojiong said, there was little reason to believe Singapore would approve the Sinovac vaccine for "diplomatic or political goodwill".

Indeed, after months of studying the relevant data, Singapore approved the Chinese vaccine in October amid sizeable local interest for that option. — Bhavan Jaipragas

All out of love

When celebrity couples in Asia break up, it leaves fans shedding a tear or two, but the devastation is worse when it concerns a pair who have been held up as a model for diversity and hope.

In March, Indonesian President Joko Widodo's youngest son Kaesang Pangarep broke up with Felicia Chew, his Singapore-based girlfriend of five years, whom he met as a student at the Singapore University of Social Sciences.

Kaesang is a Javanese-Muslim and Chew a Christian woman of ethnic Chinese descent, which made them one of Indonesia's highest-profile couples to be open about their interracial and interfaith relationship.

Chew’s mother claimed that Kaesang had asked for her daughter’s hand in marriage and made plans to wed by December 2020, before he simply "disappeared" and ignored all attempts at communication.

In a statement issued in March, Kaesang said he had told Felicia in January that their love was over, but she had reacted with hostility.

The relationship breakdown left many supporters heartbroken. "I had hoped that as a couple, Kaesang and Felicia could become a symbol for pluralism — that love finally wins," said one. — Maria Siow

This piece by Kok Xinghui and Resty Woro Yuniar took an in-depth look into the influence these tech titans have come to wield, asking industry insiders important questions on whether regulations had caught up to ensure these companies did not abuse their position or disregard consumer rights.

The report also touched on another perennial theme in Asian business — the rivalry for hub status between Hong Kong and Singapore. With SPAC listing primarily taking place in the US, experts said the two key Asian financial nodes needed to step up their game to turn the tide. — Bhavan Jaipragas

In a world where politicians often use diplomatic doublespeak, some of us appreciate the amusement that moments of candour can bring.

In a tweet in May, Philippine foreign secretary Teodoro Locsin Jnr called China an "ugly oaf" and demanded it "get the f***" out of Philippine waters, after Chinese coastguard ships were seen near the Scarborough Shoal in an area of the South China Sea claimed by both nations.

After the outburst by the nation’s top diplomat, President Rodrigo Duterte said on national TV that "China remains our benefactor and … just because we have a conflict with China does not mean that we have to be rude and disrespectful".

Presidential spokesman Harry Roque later said "President Duterte told members of his cabinet that he is the only one who can use curse words. His cabinet members should not copy him".

How refreshingly candid. A classic case of "do as I say, and not as I do". — Maria Siow

Talk of the town

This story about a Cantonese-speaking Malaysian influencer was a great read because it put a human face to concurrent social trends that took place this year amid the Covid-19 pandemic.

Firstly, it humanised tang ping, the 'lying flat' trend to protest against a gruelling work culture that started in China and has spread across the world. Arguably, this year’s Great Resignation is a manifestation of that, as workers put their well-being ahead of meeting ever-changing work goals.

That the personification of tang ping was a 54-year-old Malaysian-Indian man, meanwhile, speaks to how virality on the internet is no longer bound by geography, language or platform.

Besides scoring an interview with the yum cha kor or tea drinking brother Gurdip Singh, Maria Siow also offers readers insights as to why some Chinese-speaking foreigners gain traction in the mainland while others don’t.

One key finding was that the focus among Chinese netizens is shifting from marvelling at someone’s language skills to whether they have a China-friendly message. — Bhavan Jaipragas

We know people express their most honest thoughts when no one is listening or when they think it is a private conversation that will not end up going viral.

This appeared to have happened to Singapore foreign minister Vivian Balakrishnan who remarked on an opposition politician’s educational background to a party colleague in parliament in September.

Unaware that his comments were caught on microphone during the session — which was also being live-streamed — Balakrishnan was heard saying: "He’s illiterate" and "seriously, how did he get into RI?"

RI, or Raffles Institution, is a household acronym in the country of 5.7 million. The top school was attended by one-fifth of the current cabinet, and was also the alma mater of late independence leader Lee Kuan Yew.

Balakrishnan later apologised to opposition politician Leong Mun Wai, but this did little to appease many Singaporeans with long-held grievances over the city state’s elite school obsession. 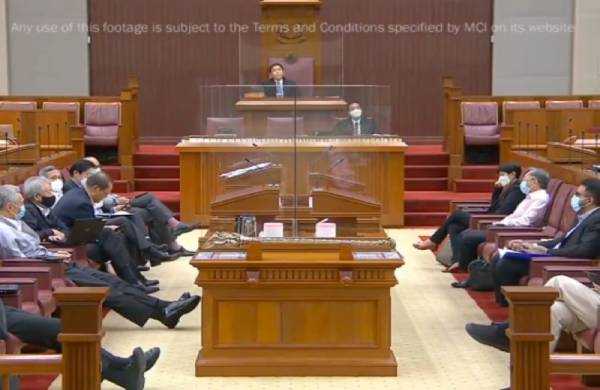 Prime Minister Lee Hsien Loong attempted to counter this perception in a 2013 national day speech, during which he said "all schools in Singapore are good schools".

Much of the media spotlight this year was on countries’ pledges to cut emissions to meet the Paris Agreement goal of net-zero emissions.

This story delves into highly pollutive coal power, which makes up about 50 per cent of Asia’s energy mix. It points out that governments require not just moral suasion, but finance-linked nudges to move towards clean energy.

Pei-hua Yu outlines how and why China’s decision to discontinue building and financing coal-related activities could play a key role in the transition. Still, as those interviewed in the piece rightly point out, this is just one part of the solution.

Total eclipse of the heart

In November, K-drama star Kim Seon-ho’s future in the entertainment world seemed to be in doubt, after he became embroiled in an abortion row with an ex-girlfriend.

Fans swiftly turned on the Hometown Cha-Cha-Cha leading man, advertisers removed his promotional images, and he was dropped from a popular reality-variety programme as well as two film projects.

While Kim appeared to be a new casualty in an increasingly unforgiving cancel culture that’s ensnared global personalities from US host Ellen DeGeneres to Harry Potter ’s JK Rowling, he is among a new breed of celebrity who appears to have cancelled his own cancellation.

Reports from a gossip website later found his ex-girlfriend had spread "lies" in her accounts of the relationship, helping to turn public opinion in Kim’s favour.

But some maintain there is an upside to cancel culture for it empowers survivors to share stories and holds the powerful to account.

"Social media is calling attention to much-needed questions of accountability in certain areas and from certain people," said Michael Hurt, a lecturer of cultural theory at the Korea National University of Arts.

Taiwanese-American star Wang Leehom also faced the wrath of fans and advertisers, after his divorce drama escalated into a series of revelations about his past indiscretions. For his numerous female fans among the Chinese diaspora across Asia, the image of Wang as a bai ma wang zi (prince charming) was shattered.

His wife Lee Jinglei though has emerged as a public darling from the saga, with netizens describing her as a “thunder goddess” for her precise Chinese-writing skills. — Francine Chen